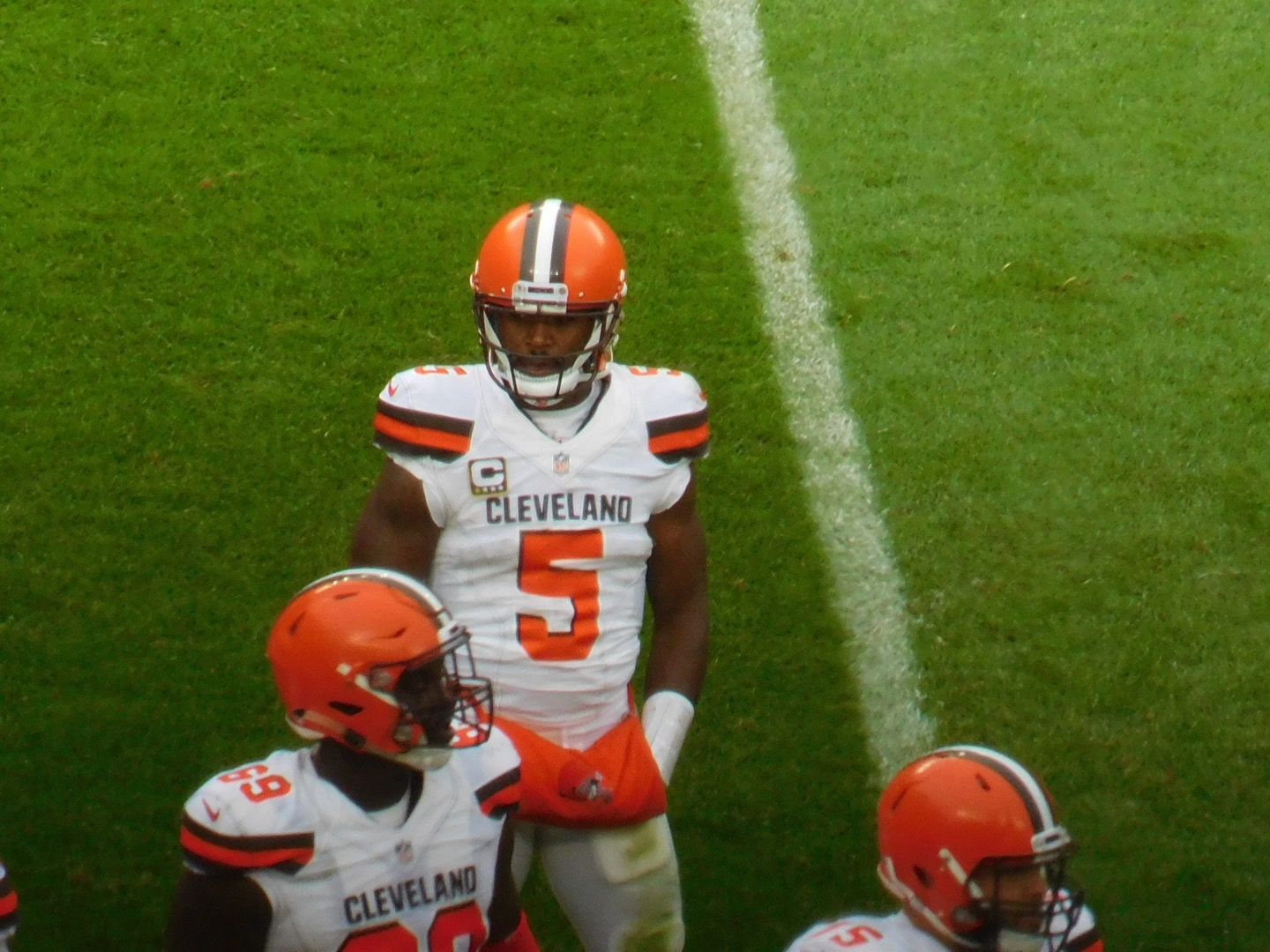 CLEVELAND- The Cleveland Browns tied the Pittsburgh Steelers 21-21 Sunday, kicking off the 2018 season.

Browns’ Quarterback Tyrod Taylor was shaky all game long passing the football.  Let’s take a look at the QB play from today compared to week one last year against Pittsburgh.

Deshone Kizer was the Browns’ starting quarterback a year ago and most people would agree: Taylor is a better quarterback than Kizer.

However, Kizer might have done more to help the Browns beat the Steelers week one last year than Taylor did to help the team win week one this year.

Let’s start with obvious easy to point out stats.  Taylor completed 15-of-40 passes he attempted today, that means 37.5% of his passes were complete.

With all of the weapons around him, most people would think Taylor blew Kizer out of the water with his play in week one.

The Browns rushed for only 57 yards in last season’s game.  In Sunday’s game, the Browns had just six passing first downs and 10 rushing first downs.

The Steelers had to respect the run game as the Browns rushed for 177 yards, a luxury Kizer did not have.

Kizer and Taylor both threw one touchdown and one interception in their respective games.

In conclusion, Taylor did worse passing the ball with a significantly better team than Kizer.

Kizer had worse receivers, a worse running game, and a worse defense than Taylor.  Taylor threw for less yards and had five less completions than Kizer on 10 more attempts.

Taylor very well could be the reason the Browns did not snap their losing streak.