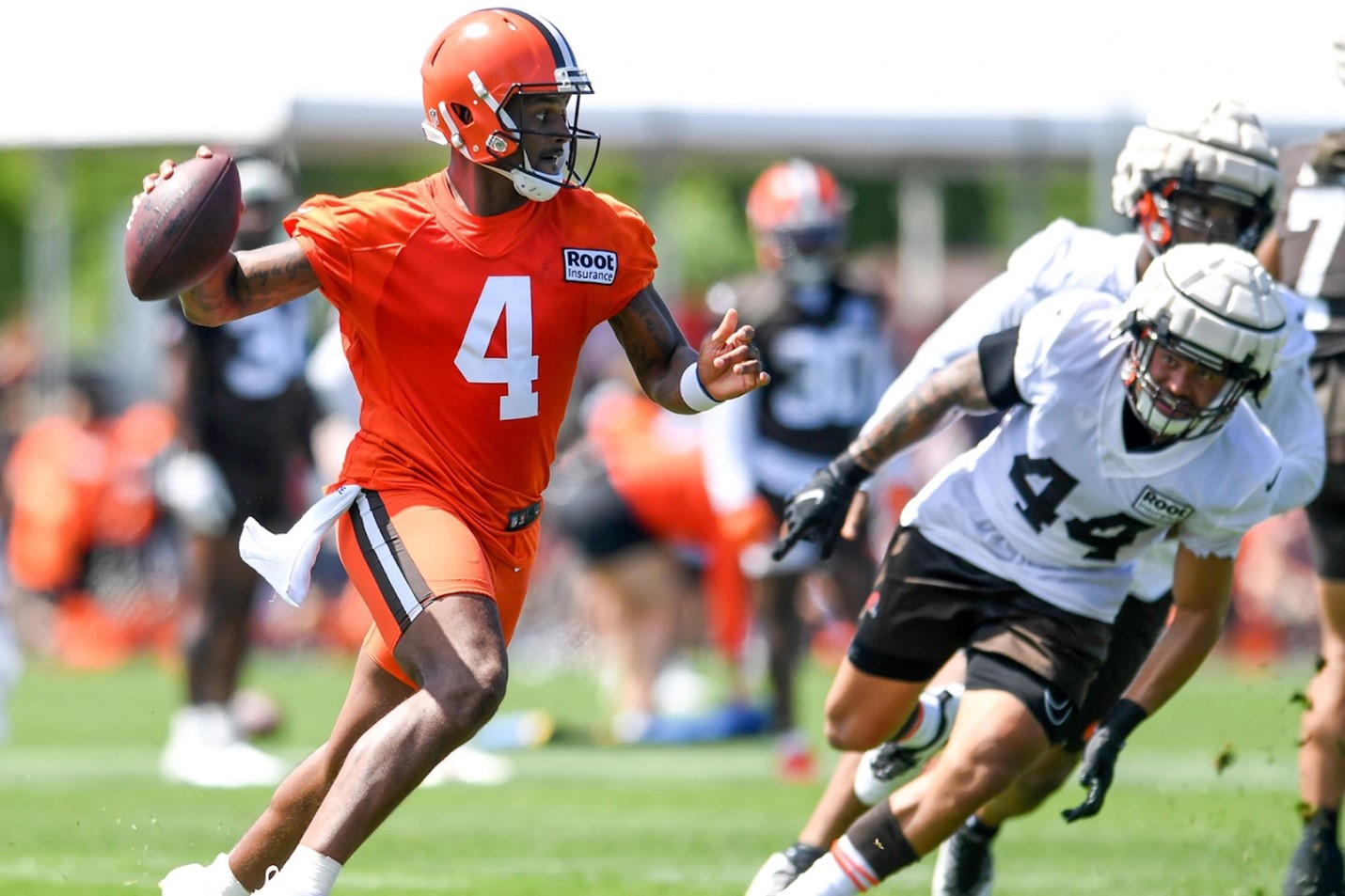 Judge Sue L. Robinson has given her verdict in the NFL v Watson case today in the ruling of a 6-game suspension for the Browns QB. Watson will go 6 weeks without pay and will be ineligible to receive massage therapy unless appointed by the Browns organization. Within these 6 weeks, Watson will be allowed to practice in training camp but will be forced away from the team for the first 3 weeks of the season. Weeks 4-6 he will be allowed to practice with the team to prepare for his first start in almost 2 years against the Baltimore Ravens in an away game on October 23rd.

The NFLPA has made a statement saying that they will not be appealing the suspension because a former federal judge was making the decision and urged the NFL to do the same. Nothing has been said from the NFL’s side; however, they do have 3 days to make an appeal. The appeal would come if they were dissatisfied with the decision make and if they think Watson needs to be suspended for a longer period of time. For now, it seems as if the NFL will comply with the request of the NFLPA.

What This Means for the Browns

Pending injury, Jacoby Brissette will be the week 1 starter for the Browns as they face off against the Baker Mayfield lead Panthers team. The first 6 weeks of the season have some winnable games included in it. As we look past week 6, we see the schedule start to strengthen as Watson makes his return. Browns fans can only hope that the return of Watson won’t be a slow one and he can get off to a hot start.

With the clarity of the situation that we’ve been given the Browns can now prepare for the games without Watson. With the suspension being less than half of the season and pending the performances that Brisette can give for the team, we still may be seeing the Browns making a playoff push as the final weeks of the season come to a close. Browns fans can expect an interesting season as the Cleveland QB carousel continues into 2022.