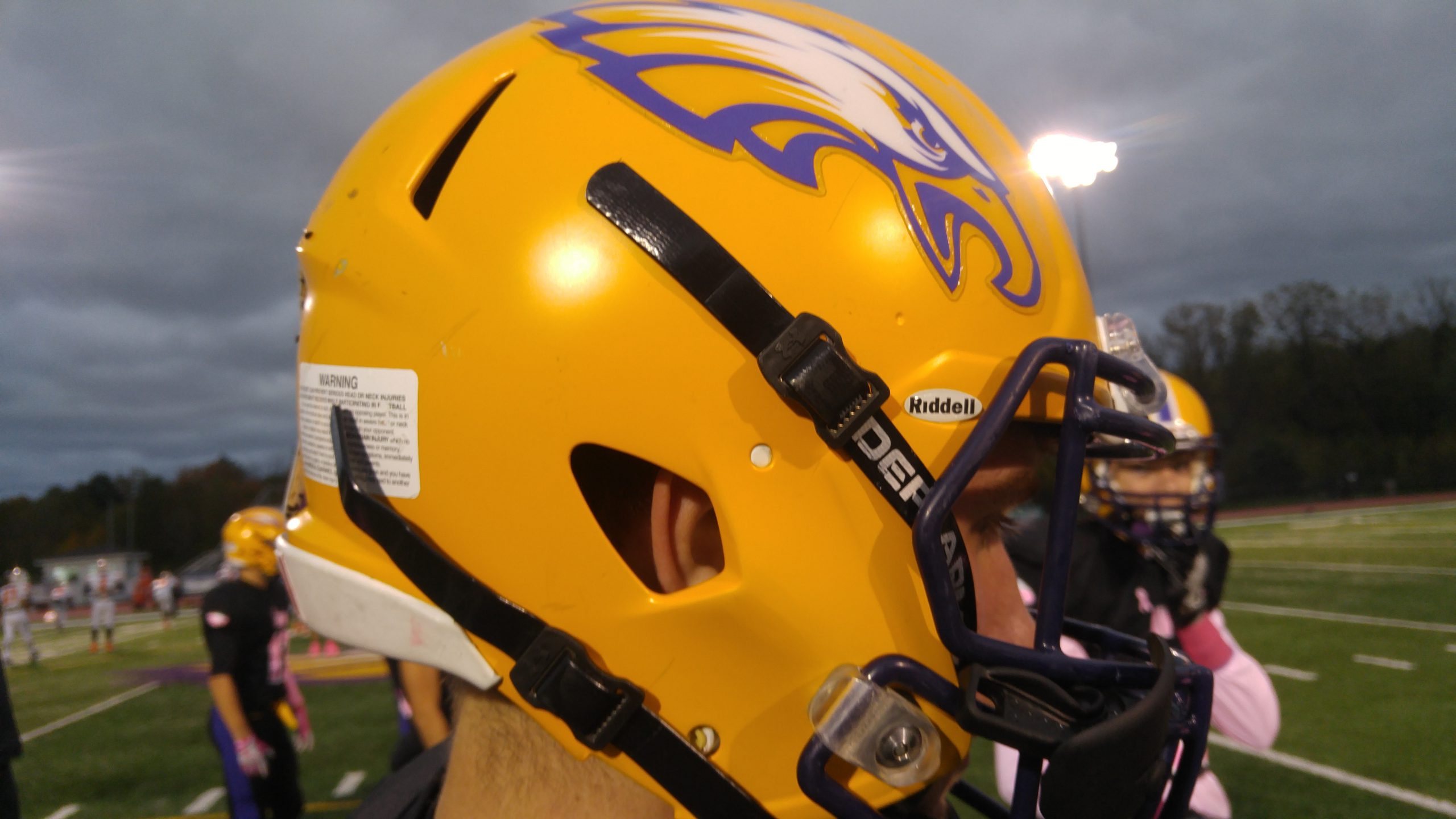 This game recap is brought to you by Mullins Construction. You can visit them at http://www.createns.com/mullins_construction/

AVON, Ohio – The Avon Eagles soared to 42 – 7 victory tonight over Berea Midpark on the strength of a balanced attack that the Titan defense had no answers to stop.

The Eagles have been known for their QB tandem all year of senior Matt Kelly and mobile sophomore Ryan Maloy.

However, tonight is was the excellent running back tandem of Aaron Endrizal and Mason McLemore doing the bulk of the damage.

I spoke with head coach Mike Elder about his team’s success this season, “We have a group of kids who care about each other, and work very hard. They know how to play the game!”

Avon marched right down the field the first time they touched the ball, capped off by a 13 yard touchdown scramble by Kelly. Berea Midpark was able to mount a quick rally, by getting into the redzone of the Eagles on their next drive, but it stalled as they failed to convert on a fourth and goal from the Avon nine. It was a gutsy move for the Titans to pass up the 3 points.

On the next drive, a 36 yard touchdown toss from Kelly to Kocar was called back, on a crucial illegal man down field penalty. This prevented, for the moment, the Eagles on building their lead. It wouldn’t take long for the Eagles to see the endzone however, after forcing the 3 and out on the Titans next drive, a botched punt gave the Eagles the ball on the Berea MP 1 yard line. One play later it was Mason McLemore taking it in from one yard out to make it 14-0 Eagles.

The Titans would cut the lead in half on their following drive, with a 1 yard touchdown scamper by star tailback Tyrese Holland. The second quarter was all Eagles however as they tacked on another McLemore touchdown, and a Kelly touchdown pass to Chris Mullins to take a 28-7 lead into the half.

The Eagles would continue to soar in the third quarter with yet another McLemore 1 yard touchdown run, as well as a Aaron Endrizal 1 yard touchdown to make it 42-7 after three quarters. The game would end by that same tally.

Avon will look to close out the regular season unbeaten next week as they host the very tough Olmsted Falls Bulldogs who will be battling for a playoff berth and precious computer points.

Meanwhile, the Titans will look to end their season on a high note, as they return home to host the visiting Westlake Demons.