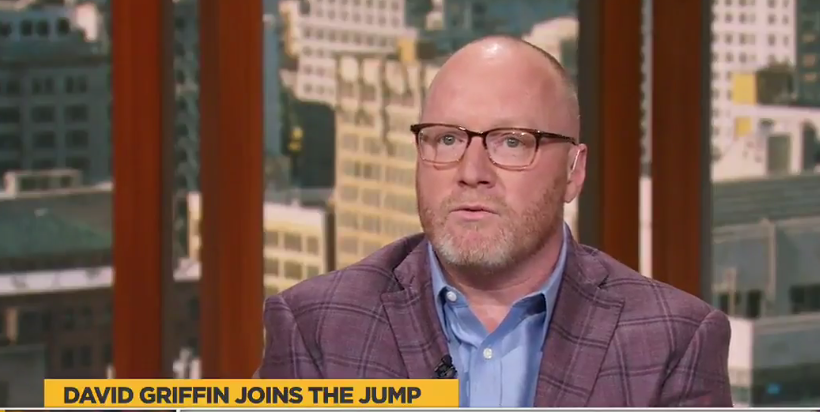 David Griffin was back on ESPN’s “The Jump” this afternoon, and touched on what it’s like to manage LeBron James.

Never let another ride your wave ?!!!

On the show, the topic of conversation of course turned to what it is like to manage James, and whether or not his alleged passive-aggressiveness on social media ever becomes an issue for the front office or in the locker room. Griffin emphatically defended James in his response.

“You don’t manage this differently than you manage anything else,” Griffin said. “You learn to ignore the noise, because it’s not who he is, he’s not passive-aggressive.”

Griffin went on to say that the coverage of James’ social media does not affect the Cavs’ locker room dynamic, saying, “if the media didn’t talk to guys about it, it’s not a thing.”

“He does keep the main thing the main thing,” he continued, referring to James’ desire to win championships. “I look at this as something that’s not anywhere near as big a story in real life as it gets made out to be.”