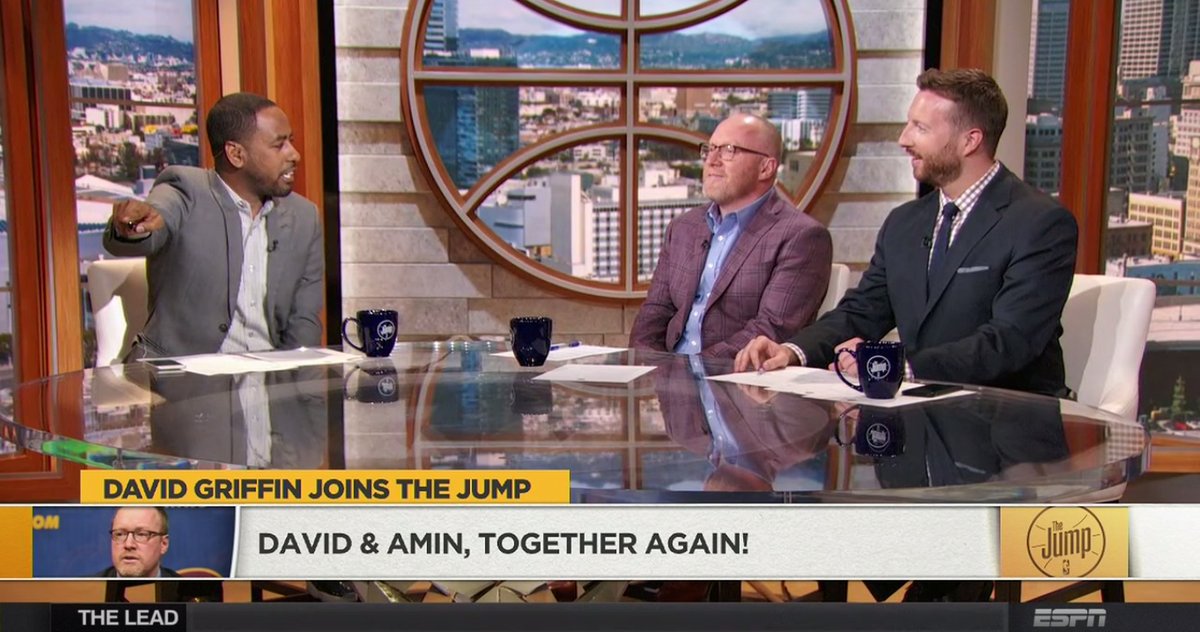 David Griffin is breaking his silence in the aftermath of parting ways with the Cavaliers.

The former Cavs general manager made an appearance on ESPN’s “The Jump” this afternoon, and touched on the Kyrie Irving trade request.

“Well, I think Kyrie is going to end up getting traded,” Griffin said. He would not specify where he thinks Irving will land.

While he said he thinks Irving will be traded, he did not criticize his request, even defending his decision. Specifically, Griffin said that Irving had to deal with a reality the last three seasons that he did not expect when he signed his five-year extension with the Cavs.

“I think this is a guy who wants to know how good he can be,” Griffin said.

“This is a guy who recruited LeBron, Hayward and a host of other free agents, and all of a sudden LeBron came back, so he was sold a totally different situation than he’s actually in, and he worked very well in, he won a championship in, and I see this as him looking for a fit for himself to take the next step in his career.”

Griffin also touched on the statements that Ron Harper made over the weekend at the Bridgestone Invitational. Harper told the Akron Beacon Journal that Irving’s trade request was due to “youth” and “ignorance.”

“I think what Ron was saying was really unfair to Kyrie,” Griffin said.

“I don’t think this is youth and ignorance, this is a guy who handled the situation exactly like he was supposed to. He went to Dan Gilbert privately, told him that he thought he would be happier somewhere else.

“The absolute worst thing this guy could have done was pretend to be all in, and sink the ship from within. Most guys don’t have the courage to do what he did. So, that’s not youth and ignorance, that’s a little bit more courage than people give him credit for.”

You can watch a clip from the interview below. Griffin will also be on “The Jump” tomorrow at 3 p.m. EST.