The Crew Cap: Crew SC Comes Away with a Disappointing Draw After Leading 4-1 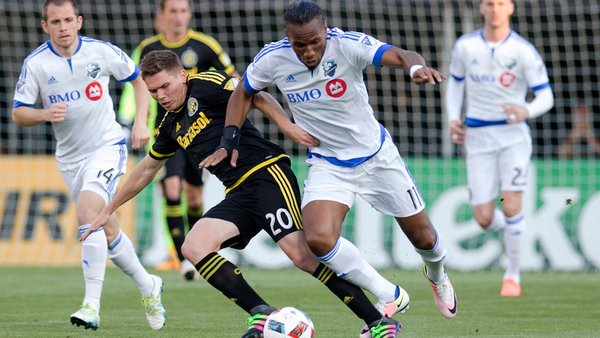 Kei Mamara and Federico Higuain combined for 4 goals against the Montreal Impact SC and let yet another lead slip away in second half and the final moments of the match. The Crew lead at half time 2-1, and should have lead 3-1 after Kamara missed a few opportunities in front of the Impact net hitting the post twice, and whiffing on a bicycle kick. Didler Drogba and Federico Higuain both were able to capitalize on penalty kick opportunities.

However, The Crew lead 4-1 after the 53rd minute and scored 3 consecutive goals in a span of 10 minutes of regulation time. But once again, the Crew let the lead slip away in the second half. They appeared too complacent with a 3-goal lead and ran out of gas as the second half went on.

Crew also possessed the ball 57% of the match but appeared to be lazy when possessing the ball in their own half and were unable to defend the second chance opportunities the Impact were bale to create off of crosses from the wings. The Crew were able to generate 22 crosses, while the Impact were only able to come up with 13. The Impact also had only one corner, and the Crew had 7.

In my humble opinion, first; Head Coach Gregg Berhalter and his staff should reconsider some of their methods in training and conditioning for starters. Second; more variety of attacks, from the wings, through the middle, taking shots that are outside the box, more corner kick chances, etc.

But the variety of attacks will come easier when the team can actually keep up with the like of Montreal, one of the top teams in the league.

The next match for the Crew is Wednesday, May 11th at Mapfre Stadium for a friendly expedition match against Tiburones Rojos Veracruz from Liga MX which the top level football league system in Mexico.