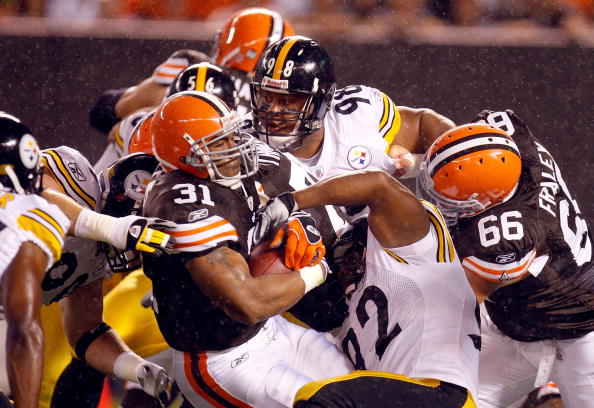 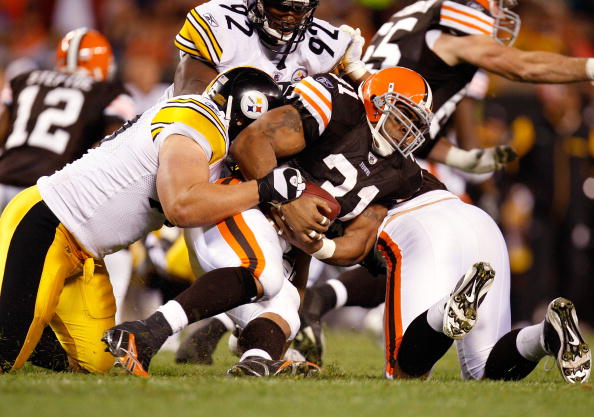 Coming off a 10-6 season that saw the Browns somehow miss the playoffs, expectations were high. The offense returned Derek Anderson, Braylon Edwards, Kellen Winslow, Joe Thomas, and Josh Cribbs as Pro Bowlers. In an early season primetime game at home, the Browns fell short. Anderson threw for 166 yards and two picks. Jamal Lewis only could muster 2.0 YPC on 19 carries, and Winslow and Edwards combined to only get 87 yards and no touchdowns. Pittsburgh did not generate much of an offense either, with Roethlisberger dealing with a separated shoulder and 60 mph winds, but it was enough to get it done against the Browns. The Browns also plagued themselves with poor clock management and not electing to kick a FG with eight seconds left in the first half and instead turning it over before halftime. The loss fittingly set the tone for the upcoming 4-12 season.