Countdown To Opening Day: Reason #7 Why the 2016 Cleveland Indians Will Rock: Super-Ram 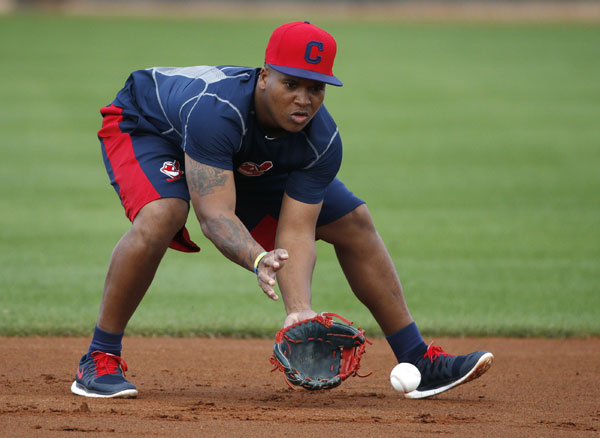 We’re just seven days away from the Tribe Opener. Here’s reason #7 to be excited about the Tribe in 2016.

I know what you’re thinking.

Really? Ramirez? That’s a player to be excited over. Come on.

But hear me out.

Ramirez’s best attribute is his versatility. The reason I call him Super-Ram is because he can play 2nd, SS, 3rd, and left field.

This was supposed to be the role of Mike Aviles in 2015, but it was a rough year for Aviles, especially off the field with his daughter’s situation, which thankfully she is now cancer-free, but to sum it up, Aviles had a less than stellar season.

Ramirez is off to a phenomenal start in Spring Training, hitting .370 with 4 homers and 11 RBI in 17 games.

Those numbers aren’t to suggest that he’s going to have an all-star caliber season in 2016, but hopefully some of his great Spring carries over into the regular season.

The main factor that causes me to be excited about Ramirez this season is that his role should fit perfectly with this team because there will be plenty of opportunity for him to get playing time and make a difference.

When Jason Kipnis needs a day off, Ramirez can play second base in his sleep.

When Francisco Lindor needs a rare day off, Ramirez can handle that with ease.

When Juan Uribe needs a day off, Ramirez is more than serviceable defensively at the hot corner.

And with Michael Brantley and Lonnie Chisenhall expected to miss a few weeks to start the season, Ramirez could see some time in left field, especially early on in the season.

Add to that the fact that Ramirez is a switch-hitter, so he can get the start against tough lefties on days when Terry Francona does not want to use one of his left-handed hitters.

Every team needs to have some depth on the roster in case things go south, whether it’s through injury or a player gets into a terrible slump.

Having Ramirez on the roster addresses that need for depth at four different positions, where although he wouldn’t be the first choice to play every day, he is more than capable of filling in when asked.

I’m expecting Ramirez to make a big impact on this team in 2016.

Come back tomorrow for Reason #6 Why the 2016 Cleveland Indians Will Rock.

The Battle of Cleveland Sports Ineptitude: Round 1 – Tribe Managers
Indians Show Off New Scoreboard at Progressive Field to Debut Monday