Columbus Has Rough Night In Chicago, Fall To Blackhawks 5-1: Three Takeaways From The Loss 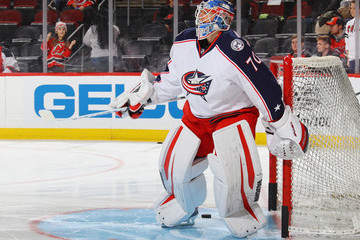 It was a tough night for the Columbus Blue Jackets, as they suffered a loss at the United Center to the Chicago Blackhawks. The Blackhawks continued to implement newly-acquired Brandon Saad, who they reacquired in an offseason trade that brought Artemi Panarin to Columbus. The Blue Jackets were reacquainted with Saad in the least enjoyable way possible and “The Breadman” did not deliver for the Blue Jackets.

Let’s look at the game with our three takeaways from the loss.

1.  Saad Shines While Panarin Is Nowhere To Be Found- Brandon Saad had a nice night in his first game against the Blue Jackets since being traded. The 24-year old put together a two point night with a goal and an assist for Chicago. Saad scored in the opening period and found Jonathan Toews in the second period to open up the Blackhawks’ lead early on Columbus. For as good as Saad was, Panarin was the opposite. Panarin played just under twenty minutes on the ice but only mustered one shot on goal. It was a rough night for “The Breadman”, one he can hopefully put behind him quickly.

2. Korpisalo Struggles In Season Debut- In an attempt to give Sergei Bobrovsky some rest this season, the Blue Jackets played Joonas Korpisalo in tonight’s game. Korpisalo will see more time in the season to help take some of the pressure off of Bobrovsky and save his legs for a potential playoff run.

It just wasn’t Korpisalo’s night. He allowed five goals while saving twenty-four shots. It will be a big year for Korpisalo, as he’s the next guy in line after Bob following Anton Forsberg being traded to Chicago.

3. Converting On The Power Play- The Blue Jackets had eleven minutes worth of power play time and did not convert on any of the opportunity to score. In order to defeat the better teams in the NHL, this team will have to take advantage of the power play.