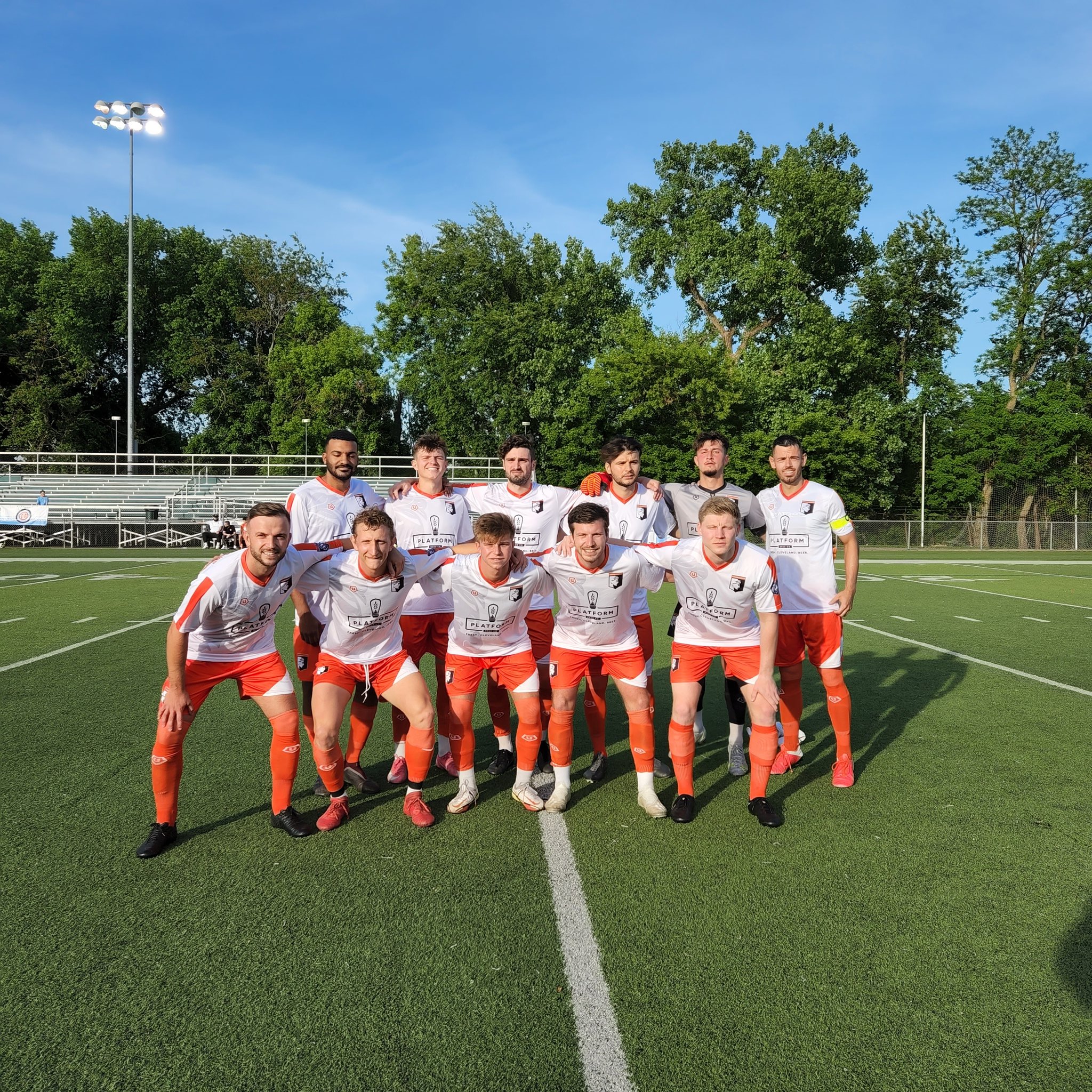 Sunday May 29th, was the inaugural battle for the mythical North Coast Cup, the twice a year match between Cleveland SC (CSC) and Akron City FC (ACFC). Round One went to the visiting CSC as they dispatched ACFC 4-1 at St. Vincent-St. Mary High School’s Green Street Stadium. 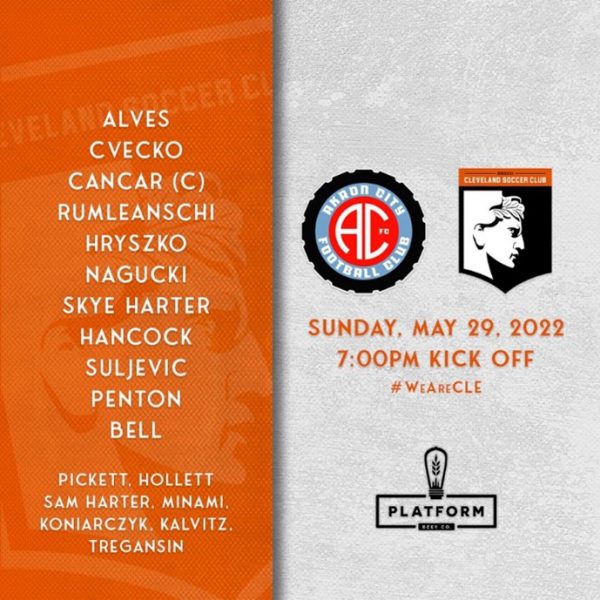 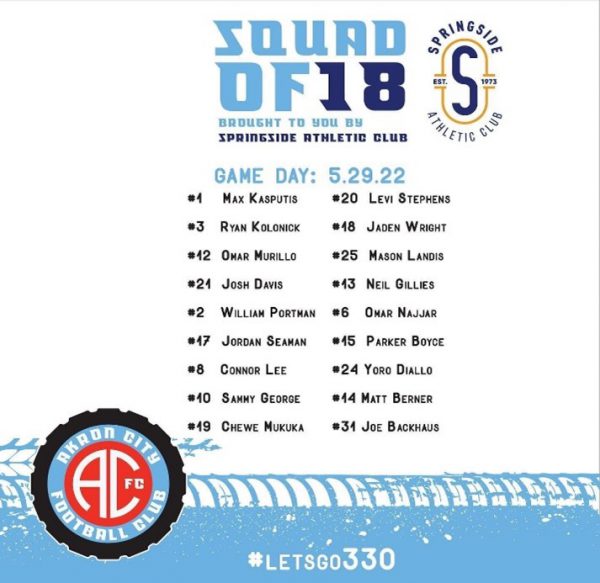 Goals by Admir Suljevic, Brock Pickett and a brace by Vinnie Bell propelled the West Side club to the victory. Jaden Wright had a late goal for Akron. With the win, Cleveland stays undefeated and in first place at 3-0 in the conference, while Akron sits in fourth place in the National Premier Soccer League’s (NPSL) Rust Belt Conference.

Pedro Alves got the rare start in goal for CSC and the men from Cleveland got off to a quick start. In the 3rd minute Admir Suljelvic scored on a penalty kick. Following a yellow card handed to Omar Murillo of ACFC, for pushing Vincent Bell, down in the box. The PK was well struck in the upper third of the net for the first goal.

Love to see it! pic.twitter.com/rkKp9ytImh

CSC had a corner kick in the 9th minute but was pushed aside by Jaden Wright of ACFC. As a result, he took off down the right side but nothing came of the play. Akron had some good passing in this build up early and found some space in the middle of the pitch. 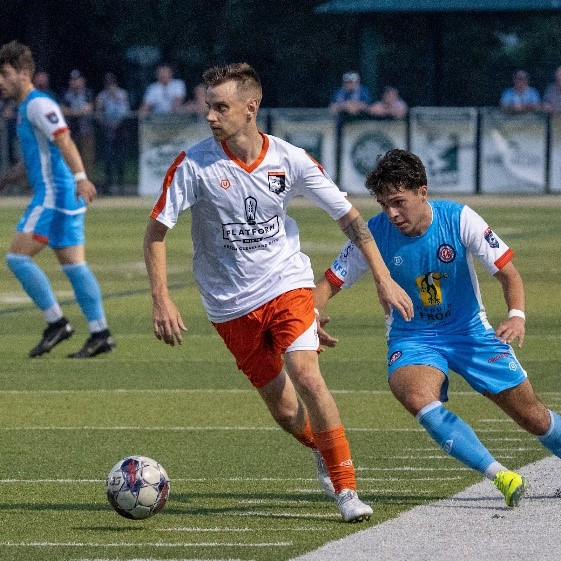 Then a nice save by Alves on a shot by Akron led to the next Cleveland goal. CSC took Alves’ kick down the pitch with some smart, short passes. And a cross from the far right came to Vinne Bell, who got a good attempt on goal that was initially saved by Akron goalie, but the carom came out to a rushing Carter Hancock. He quickly sent the ball towards the net around the 13th minute. The goal was credited to Bell. As the referee said Carter’s shot hit the crossbar and came right down to Bell who seemed to slot it home. But it looked more like the ball’s second bounce off the kick by Hancock crossed the goal line.

Akron had a good two plus minutes of possession with some nice footwork and crossing runs. They again found some holes in the middle of the Cleveland midfield that would lead to a nice chance early. After a CSC corner attempt, Chewe Mukuka grabbed a nice forward ball and moving quickly ACFC got another shot attempt that was saved by Alves.

Bell’s second goal in the 27th minute to put Cleveland up 3-0 before the first 30 minutes were played was a majestic finish. Cleveland received a corner kick taken by Admir, who sent an inswinger that cleared the defense and a diving header by Bell sent the ball into goal. Bell seemed to be parallel to the ground for a few yards before the finish! 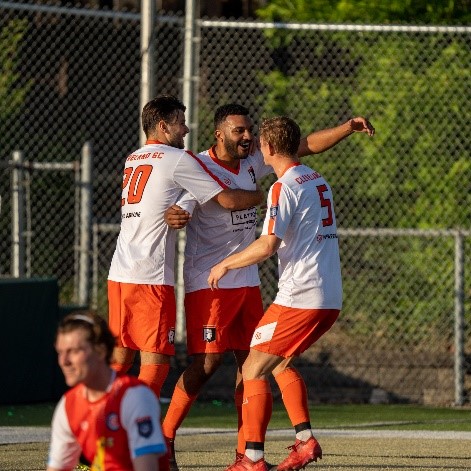 Akron seemed to be given more space to work as Cleveland looked to stay back, and two chances for ACFC in the 31st and 38th minutes came up empty.

At half the score remained 3-0. Often the first half it looked like Akron had two defenders and seven midfielders roaming the pitch. But that’s what injuries often force teams to do. Cleveland looked solid but with the lead, they elected to sit back and counter more often. 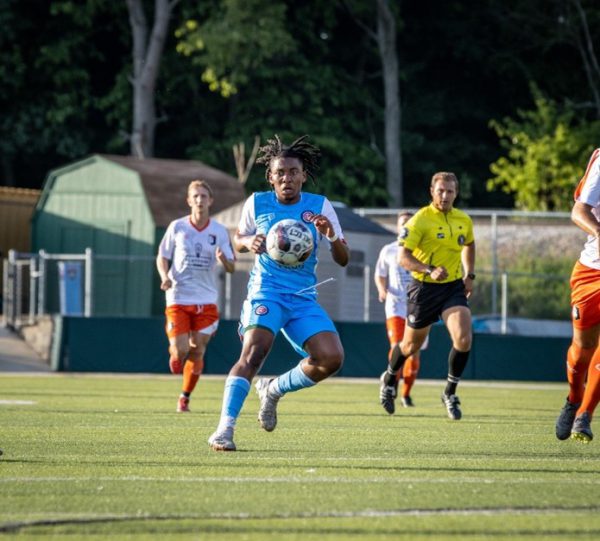 Play was spirited throughout the second half, with both sides using subs. ACFC used their five in hopes of getting something started. But in the 83rd minute, off another corner taken by Skye Harter, the ball went towards the back post. Bell headed it back to the other post where Brock Pickett deposited the ball into the goal to make it 4-0.

ACFC got a late goal by University of Akron product Jaden Wright in the 88th minute to make the final 4-1. Ryan Kolonick made a nice move to get free in the left near the corner flag. Using his left foot, he lifted a deep cross to Wright who headed it home from roughly the PK spot. 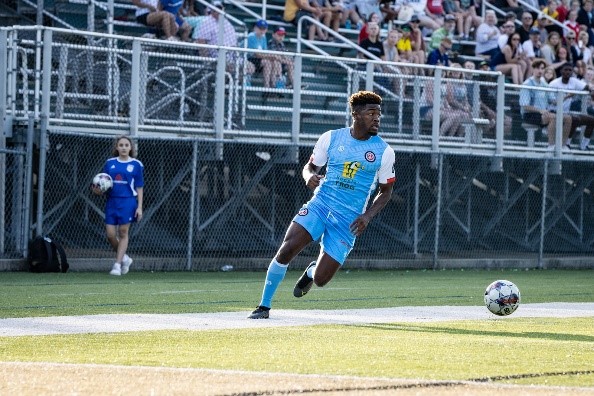 The paid attendance of 1,114 folks saw a great night of soccer in the Rubber/Polymer City.

June 29th is the next time these two clubs will get together on the west side of Cleveland for round number two of the North Coast Cup.