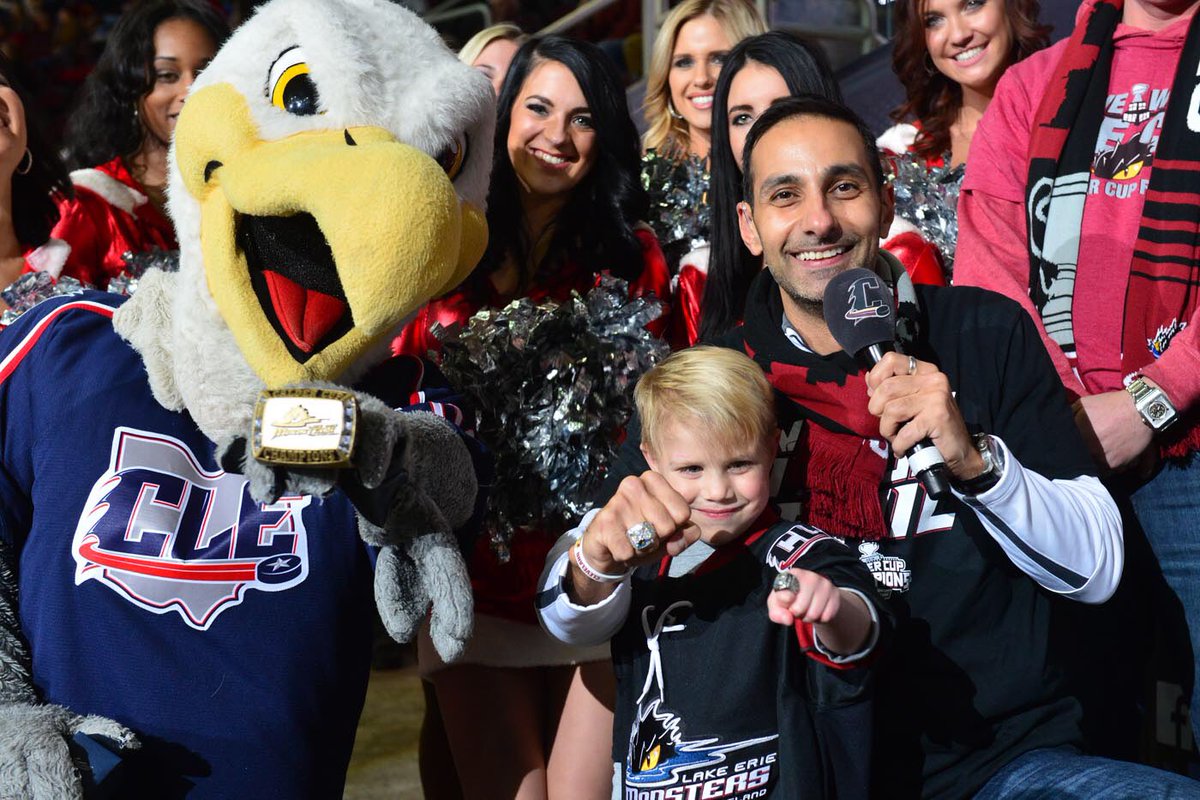 CLEVELAND, Ohio – Friday night was not your run-of-the-mill promotional night at The Q. It was special in so many ways.

It started off with the first 10,000 in attendance receiving a collectible scarf commemorating the Calder Cup victory from the 2016 season.

If that wasn’t cool enough, it was Chuck-A-Bear Night at Quicken Loans Arena too!

If you’re not familiar with Chuck-A-Bear, the idea  is that when the home team scores their first goal of the night, that the fans throw teddy bears onto the ice for collection and distribution to local charities so that underprivileged children can receive a gift at Christmas.

Even NEOSI’s own Elijah Mooneyham caught the action (and a bear to the head) from rink side. (STATUS UPDATE:There was no reason for concussion protocol. Eli checked out okay from the incidental contact.) 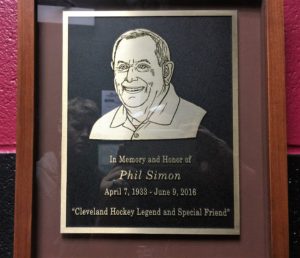 Next up was the dedication of The Monsters locker room to the Iconic Phil Simon, Cleveland hockey ambassador, long time Assistant Equipment Manager and inspiration to many.

The Monsters then donated $10,000 to The Phil Simon Memorial Fund. The fund is set up to help foster hockey programs within and around the Cleveland area and the advancement of youth hockey in Northeast Ohio. 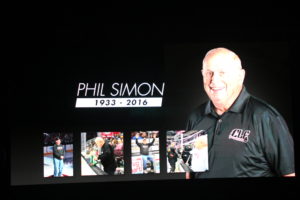 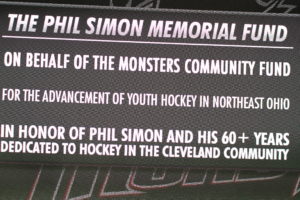 With so much already going on, you’d think that there couldn’t be anything that would top the events of the evening. Yep, you guessed it, they did!

The Monsters and their NHL affiliate, Columbus Blue Jackets, granted a wish for a young man last year. He is 4 year old Robert Gibson. The details of his contract are contained in the video below from when he signed his contract on March 18, 2016.

Robert was presented with his championship ring right before the start of the middle stanza of the game against the Iowa Wild. Below is a tweet from The Monsters with Mascot Sully, In-Arena Host Olivier Sedra and The Monsters Girls.

Despite the loss to Iowa in an overtime shootout 2-1, the overall atmosphere and attitude was very positive after giving the faithful fans of The AHL’s Cader Cup Chamion, Cleveland Monsters so much to relish in. Head coach John Madden had this to say in the post game interview when talking to NEOSI.

“It was good. Obviously anytime stuff like that happens it’s great. All the guys were excited for it and were looking forward to it. (They) wanted to see who would score the first goal and get the bears on the ice. Zaarsy (Zaar) put it home and so he was the guy.”

Next up for Cleveland is a clash with the Chicago Wolves tonight before retuning home for a four game home stand leading up to Christmas. You can tune into tonight’s game on 99.1 FM and hear the incomparable Tony Brown on the call.

Thanks to the Monsters for an amazing night and for continually provide the fans with top notch hockey and entertainment.