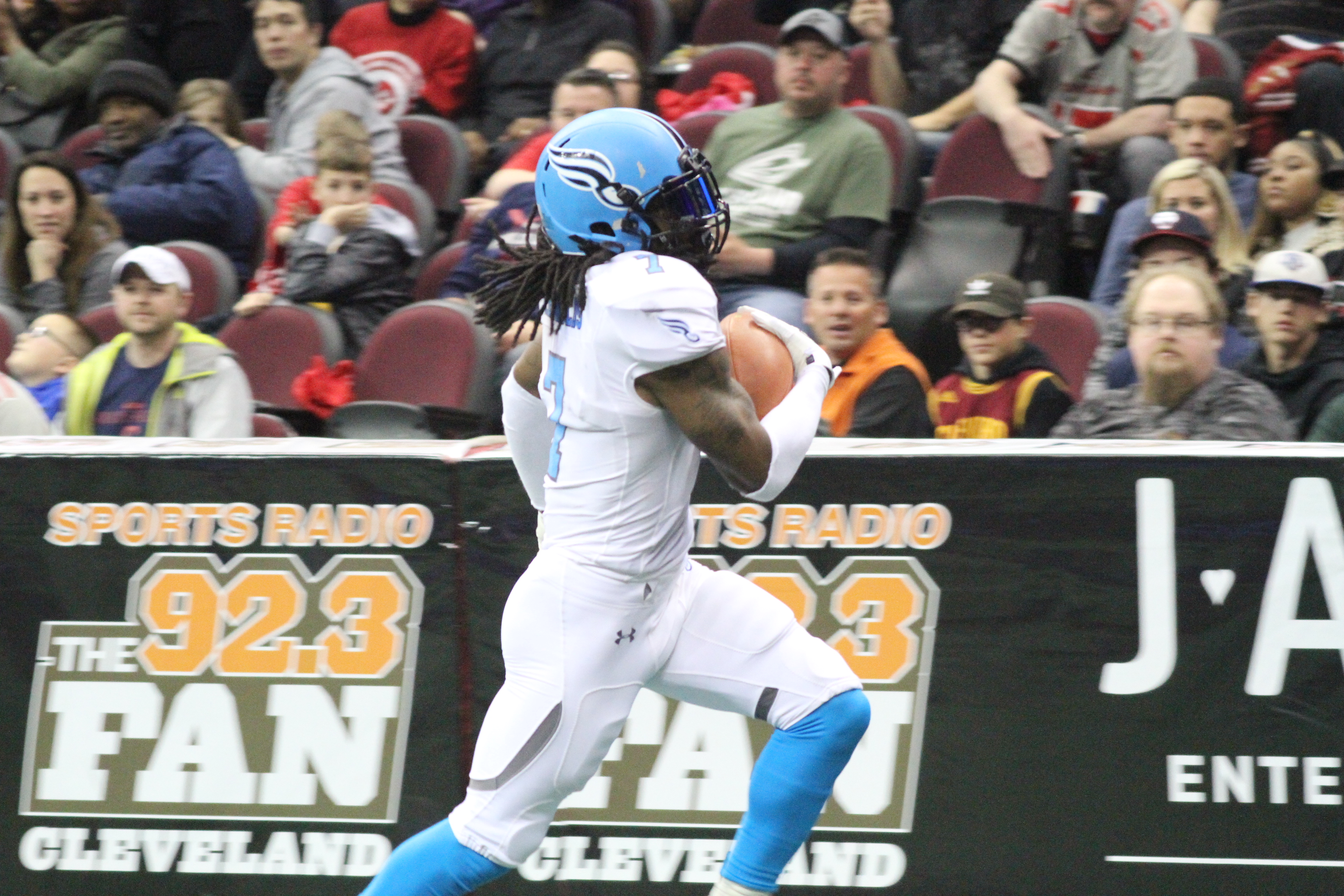 CLEVELAND – Saturday night found the Cleveland Gladiators playing from behind most of the night, but they almost put a W in the win column versus the unbeaten Philadelphia Soul who remain undefeated with a record of 4-0. 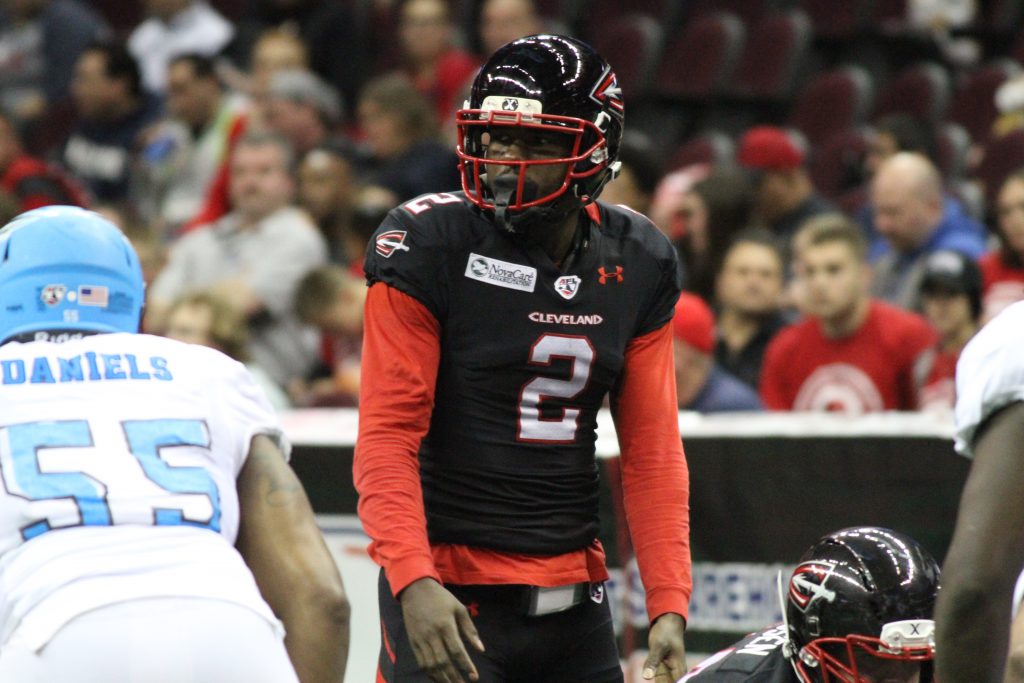 The Gladiators are now 1-4 on the season heading into a bye week before they head out on the road for nearly a month. Despite all efforts Saturday, Cleveland was unable to seal the deal. After last week’s win it seemed that the team has begun to gel and possibly the tide had changed for the struggling team. 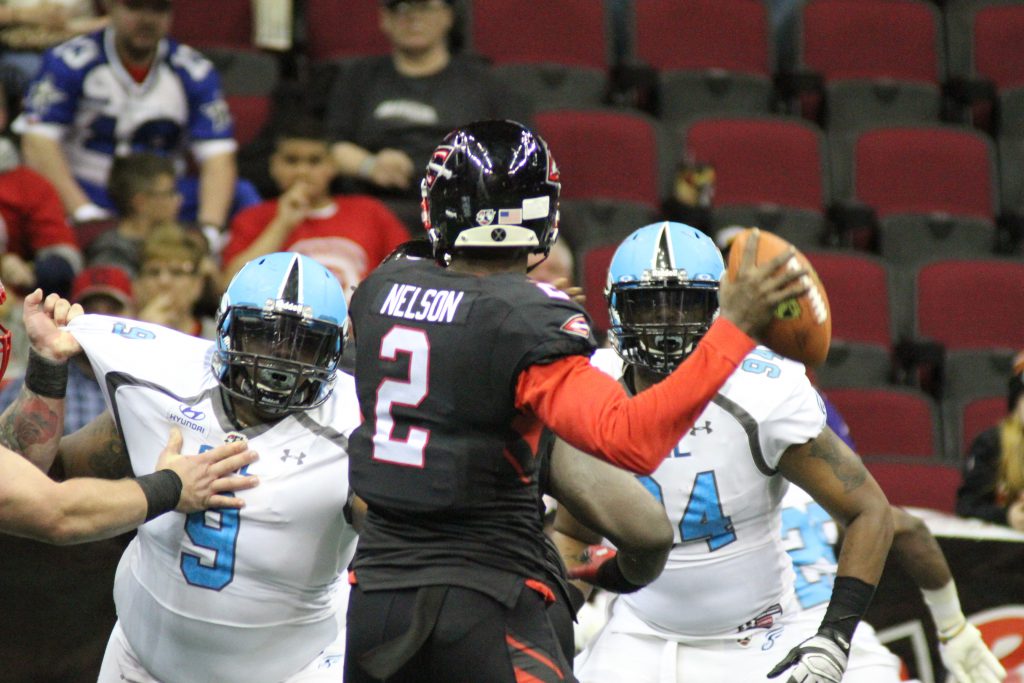 Arvell Nelson and the Cleveland Gladiators put nine scores together Saturday and when it looked like all hope was lost, the Glads mounted a comeback that pulled them within 2 inside the last minute of play. 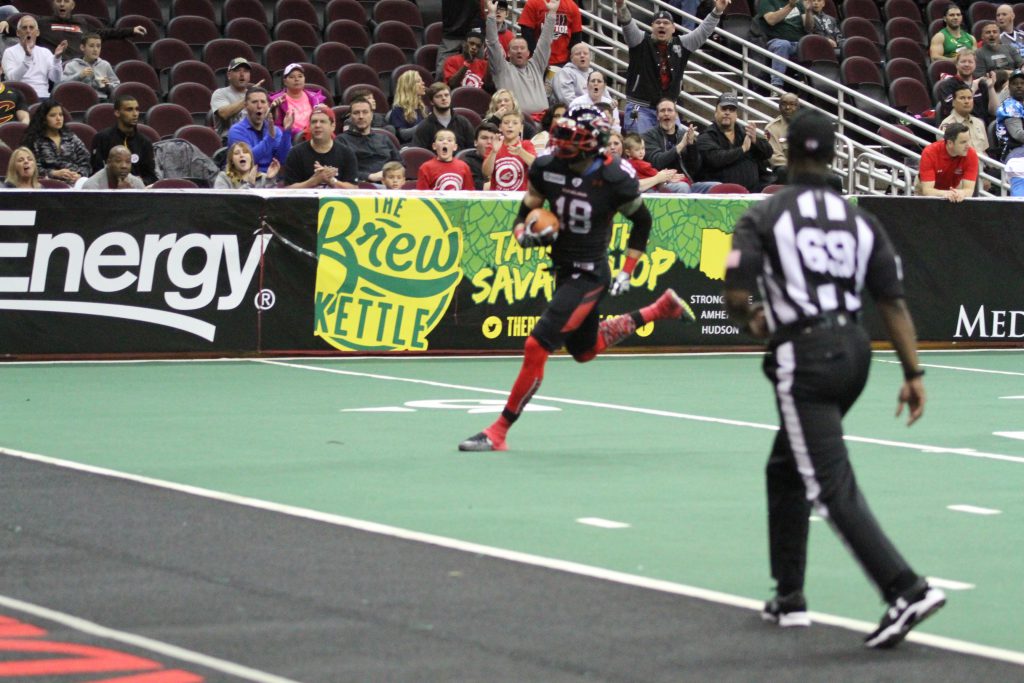 The controverseal play in the closing seconds had coach Ron Selesky and several Gladiator players irrate at the end of the game so much so that he held back had to stop during his post game interview and say no comment before going down the hall and letting loose. 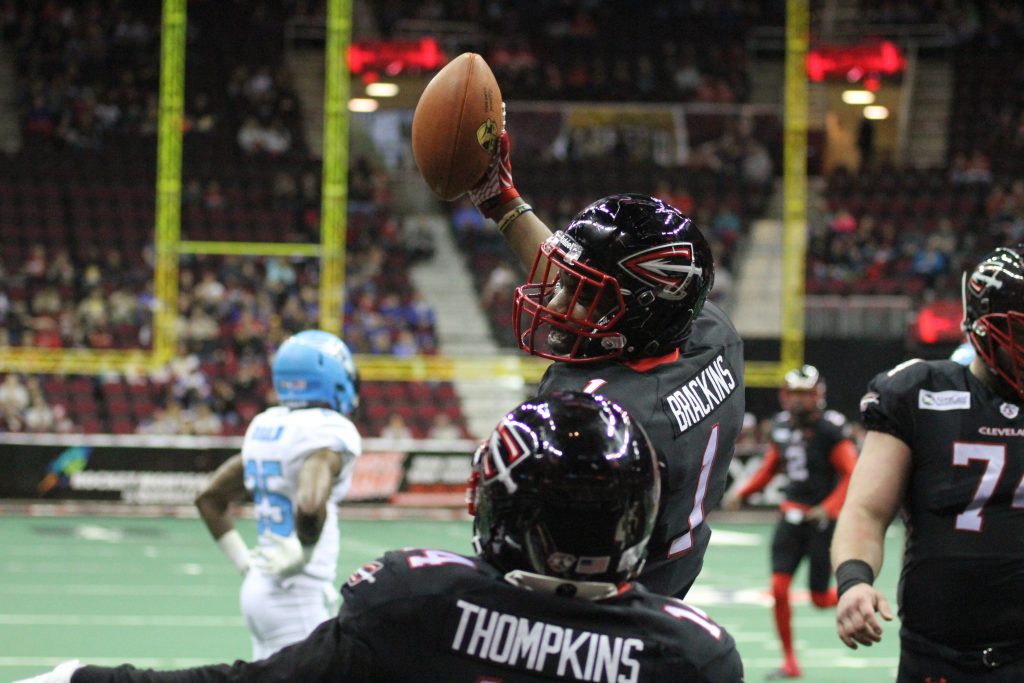 Brandon Thompkins has now scored a receiving touchdown in thirty-four consecutive games putting together a 7 yard and a 12 yard reception for touchdowns as well as a 53-yard kickoff runback. 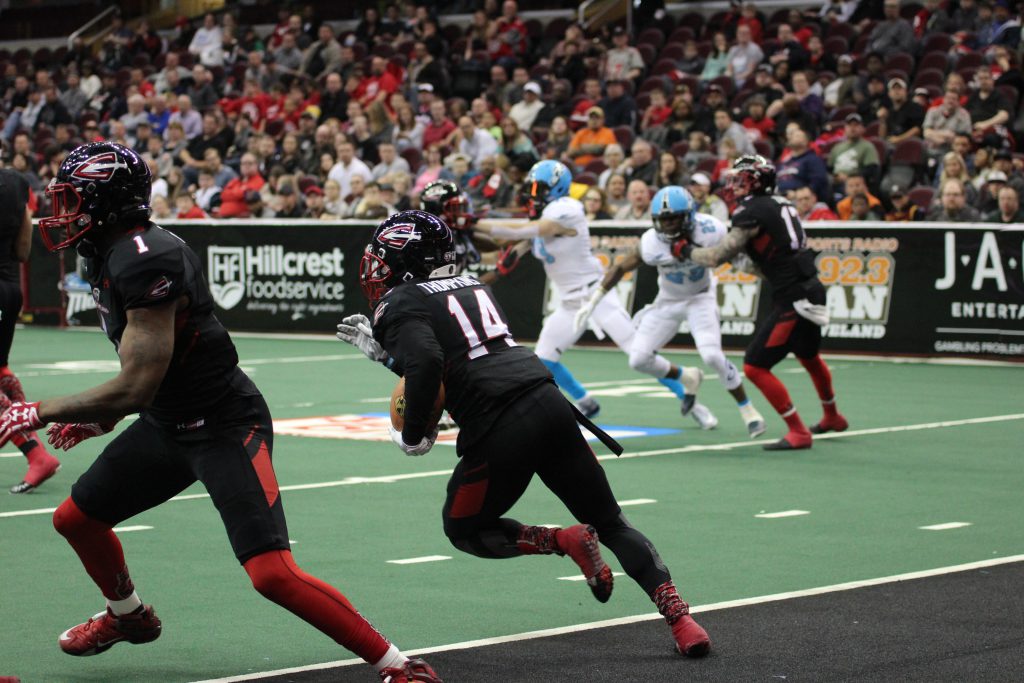 Additionally, three rushing scores by Arvell Nelson, two from Quentin Sims, one each from Collin Taylor and Aslem Sterling brought the team to within  two. The Gladiators weren’t done yet either.  The team never gave up, they fought back all the way to the last second. Mounting a comeback from down 69-54. 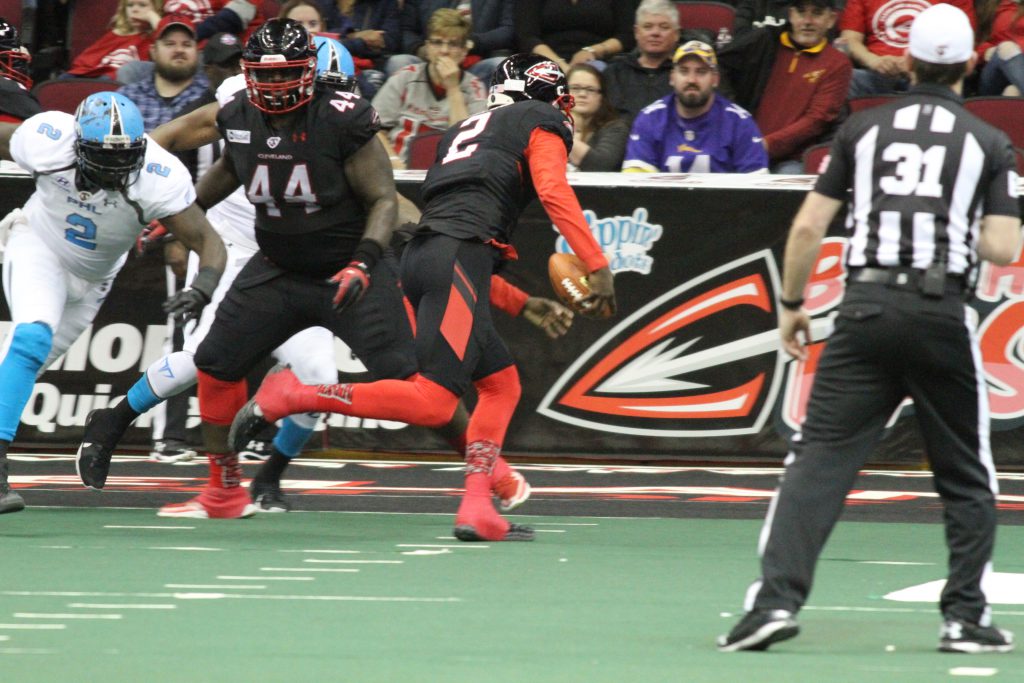 The final series of the game found the Soul with possession , 1st and goal on the Cleveland 9-yard line driving towards the goal, when Cleveland’s defense stopped Philly in their tracks forcing an incomplete pass on fourth down and it was time for Nelson to get that ball into the endzone. 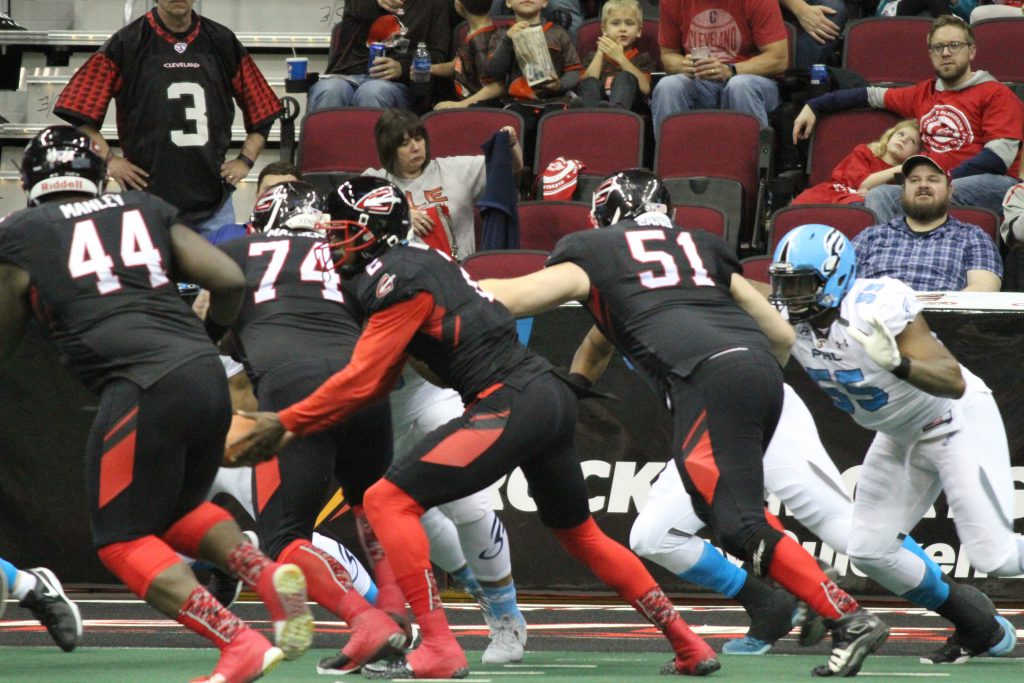 Once the clock was reset, the referees addressed the crowd, calling an illegal blitz on Selesky’s men, gifting the ball back to the Soul, which ticked the final seconds off of the clock. 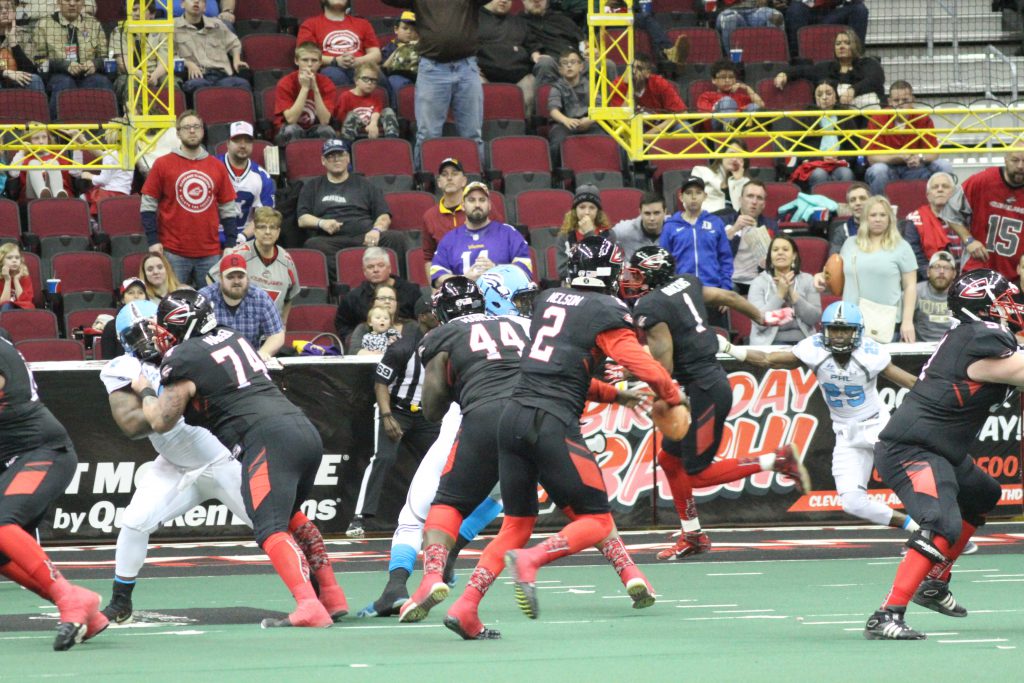 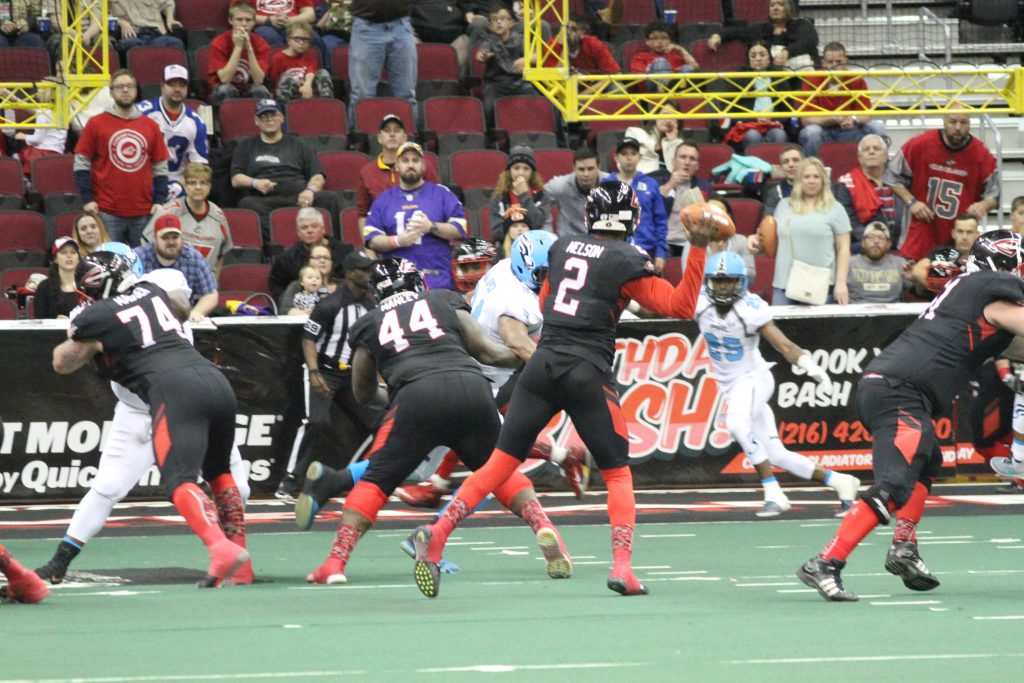 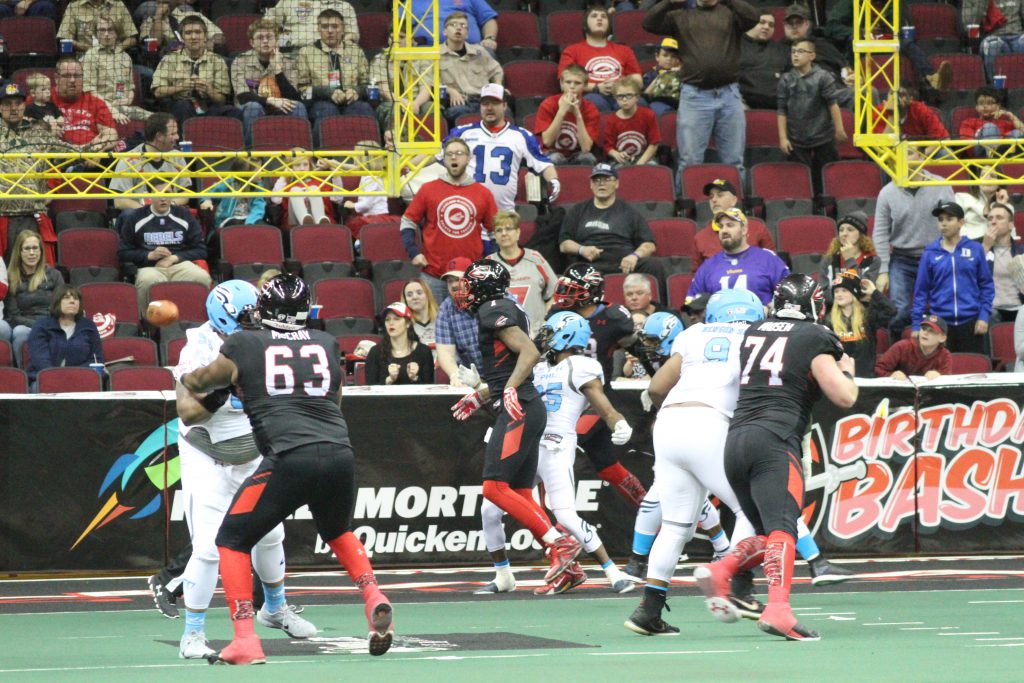 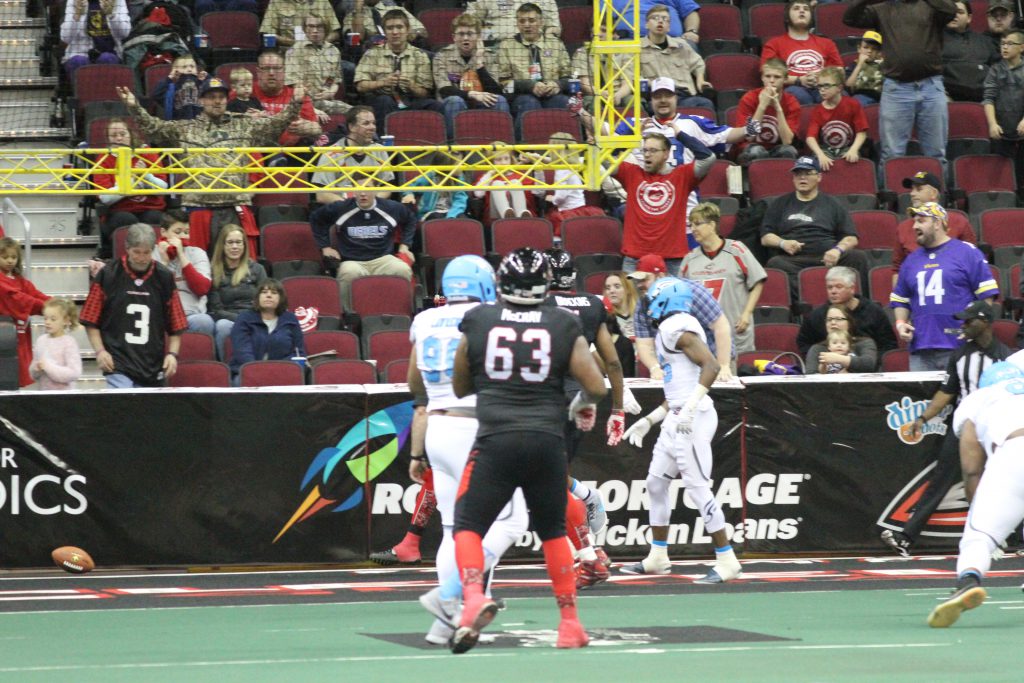 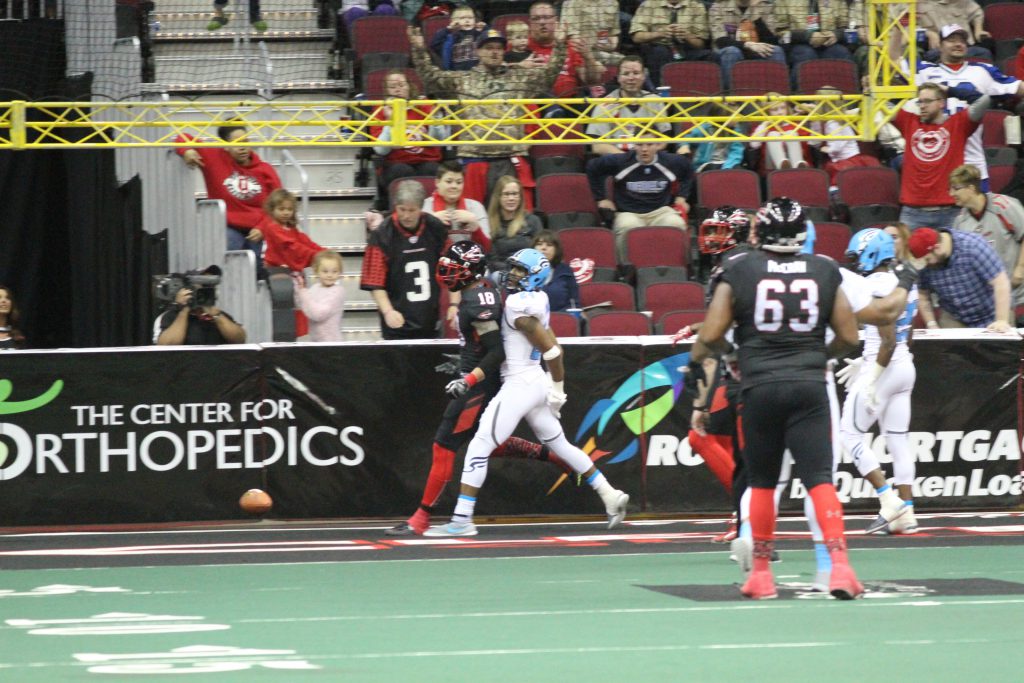 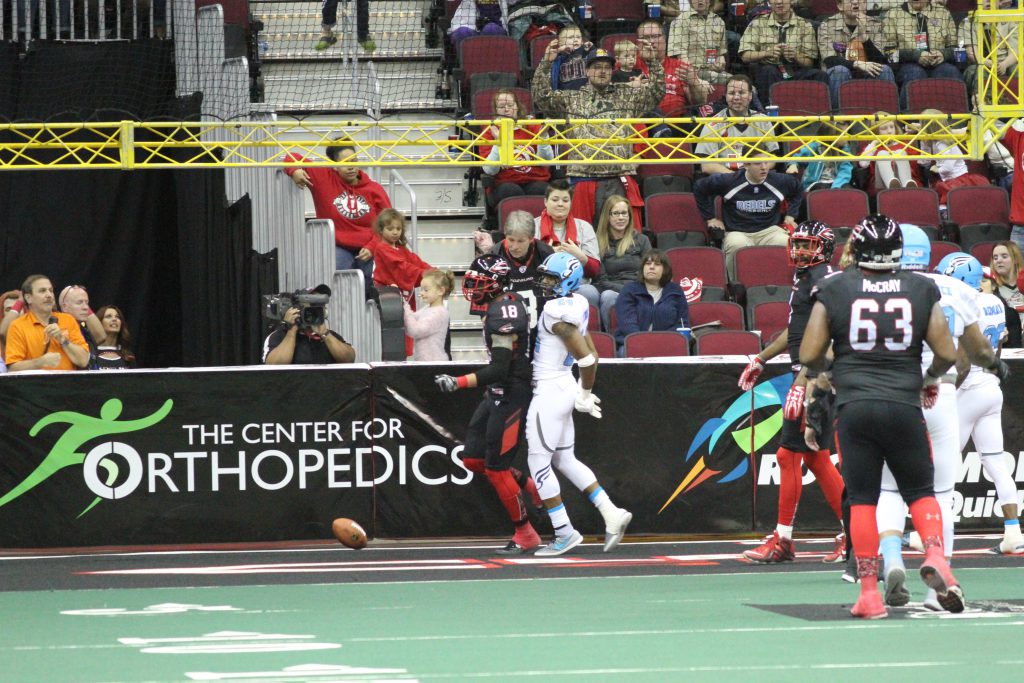 The failed two-point conversion would not have been an issue if the foot of Joseph Yazdani had been a bit more accurate Saturday as he missed two extra point attempts that would have closed to deficit for the Gladiators.

“I can tell you guys, I’ve been in this league 20 years,” Selesky told reporters post-game, adding there was no explanation given to him on the call. “If the receivers stay in to block, the DBs covering them are allowed to legally blitz.

“Competitiveness, effort…off the charts,” the coach said. “We still need to execute better. We’re still doing enough stuff to ourselves to put us in a position where it’s coming to the last play of the game, and it shouldn’t be like that.”

Arvell Nelson had this to say about the team and their performance:

“They actually had a cover in the middle, which meant to get to the back of the endzone,” Nelson said. “Whichever way he feels they go, go the opposite way. I felt like (the receiver) had him beat to the inside, he thought he had his back.

“Just miscommunication. We’ll clean it up.”

“We said they were flying their Jack (linebacker) a lot, leaving lanes. So, when things broke down or I felt there was a lane, I just took it.”

The bye week is next week and the following week will find the Glads matched up in the City of Brotherly Love or the lack there of between these two teams as the two teams will clash for the secondtime this season.

Cleveland will not return home until June 16 when they will host the Baltimore Brigade before meeting the Soul again on June 24th at The Quicken Loans Arena.