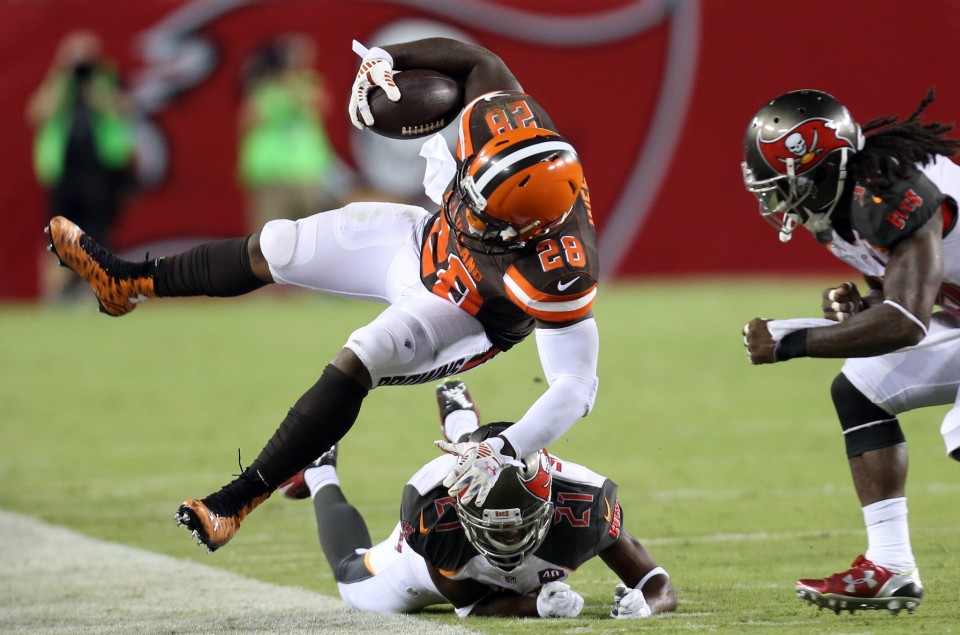 The Cleveland Browns are having an up and down 2016 preseason and hope to finish the last two games with wins. After losing to the Green Bay Packers and the Atlanta Falcons, the Browns hope to get a victory tonight and have a solid performance on both sides of the football.

The Tampa Bay Buccaneers will face the Browns at Raymond James Stadium at 8:00 p.m. this Friday and hope to make it a fun game to watch.

Here are your preseason details:

1. Robert Griffin III and his production: I say this every single week. It’s simple: Let’s see RGIII get loose early and have an even better game than last week where he went 6-9 96 yards and two touchdowns; a 154.2 passer rating. If he can produce a solid game for the second week in a row, then Browns fan will be super ecstatic to see him in the regular season.

2. Cornerback Joe Haden: After missing majority of the 2015 season, cornerback Joe Haden is just looking to get his feet wet in tonight’s game. If he can produce at least two pass breakups and have a solid game, this will give confidence to the entire defense and the younger athletes.

3. Josh Gordon and his production: It has been a long time since wide receiver Josh Gordon has played football. Two years to be exact. Gordon, 25, is a dominant force on the Cleveland Browns offense. Look for him to get loose early and to open up the game with short screens and bubble routes that he can take up field for a big gain. Gordon, Pryor, and Coleman are all expected to play so the Browns should have a more dominant offense in this game.

Having Josh Gordon and Joe Haden back is going to ignite this Browns team. The energy in the air is going to be just pure excitement and this team is going to look to secure their first preseason victory. Look forward to a dominant offensive performance led by Robert Griffin III and company. This game will give RGIII some more confidence and should make him and his young receivers get on the same page.