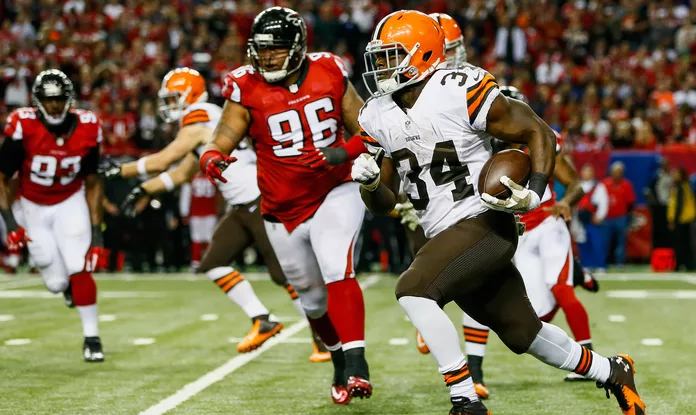 The Cleveland Browns began their 2016 season with a preseason matchup against the Green Bay Packers on the road last Friday night. The Browns lost 17-11 but showed great improvement from last year’s debacle of a season.

The Atlanta Falcons will face the Browns at FirstEnergy Stadium at 8:00 p.m. this Thursday and hope to make it a fun game to watch.

Here are your Preseason details:

1. More Production from RGIII – Quarterback Robert Griffin III went 4-8 for 67 yards and an interception. Look for him to bounce back and lead his team down the field for at least one touchdown tonight. He has shown flashes of excitement in the first preseason game but if it wasn’t for Gary Barnidge running the wrong route, Griffin could have produced better statistics and might have earned a touchdown. Tonight the goal is to get an offensive touchdown with the first team. Griffin III needs to improve and show this organization that he still has his talent from his 2012 rookie of the year season.

2. Running Backs need to get going early – Solid production from running backs have helped Robert Griffin III in the past. In 2012, his rookie season, Alfred Morris registered 1,613 yards and 13 touchdowns. His production helped Griffin become a more successful quarterback. Last week Browns running backs Isaiah Crowell and Duke Johnson earned combined carries of two yards (one each) and earned 9 yards total. If the Browns want Griffin to have a solid 2016 season, the running backs need to do their jobs.

3. Jamie Meder and his start – This week head coach Hue Jackson praised the young undrafted defensive end from Ashland College. After earning 4 tackles and a quarterback hit in only 31 snaps, Jackson stated, “Oh yeah, he deserves it, Jamie played extremely well last week. He’s very valuable to us. I don’t know if it was just because of that. As you guys see, we put a lot of people in a lot of different positions to give them opportunities, and he’s very deserving. I will say that.”

Just watching Meder with the starting defense will be extremely fun. Hopefully he can produce at a high level like last week and could become a starting athlete on this Cleveland Browns roster.

After a disappointing loss last week to the Green Bay Packers, expect the Cleveland Browns to open up solid offensive plays and move the football down the field. This team looked quite solid on offense last week before RGIII threw his interception. The offensive line needs to protect Griffin if they want him to become an accurate pocket passer. This game will be exciting to watch as Griffin just tries to move his team down the field for a first team offensive touchdown. Everything will be answered tonight in this week two preseason showdown.