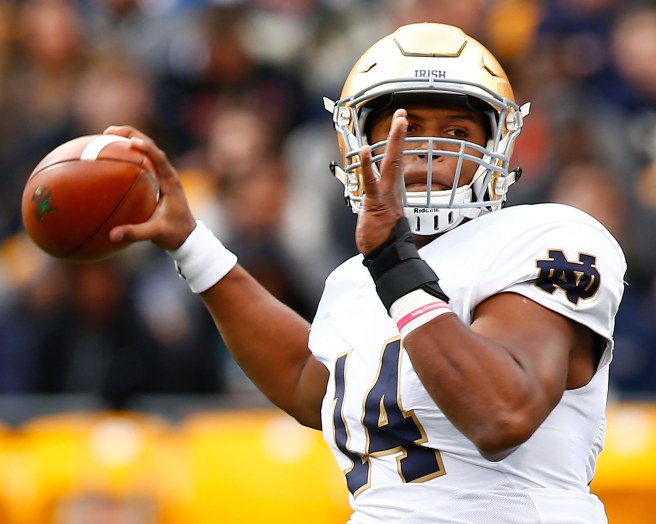 The Cleveland Browns have selected Quarterback DeShone Kizer out of Notre Dame with the 52nd pick in the NFL Draft 2017.

A resident of Toledo, Ohio, the 21-year old Kizer started for the Fighting Irish the two past seasons. Showing versatility throughout points of his Junior year, he threw for 5,805 yards with 47 touchdowns and 19 interceptions. A majority of those stats came this year, as the 6’4, 240 pound quarterback led the Fighting Irish to a record of only 4-8 with a lacking supporting cast.

Kizer mentioned earlier today that he was upset about falling out of the 1st round, so maybe he’ll play with a chip on his shoulder.