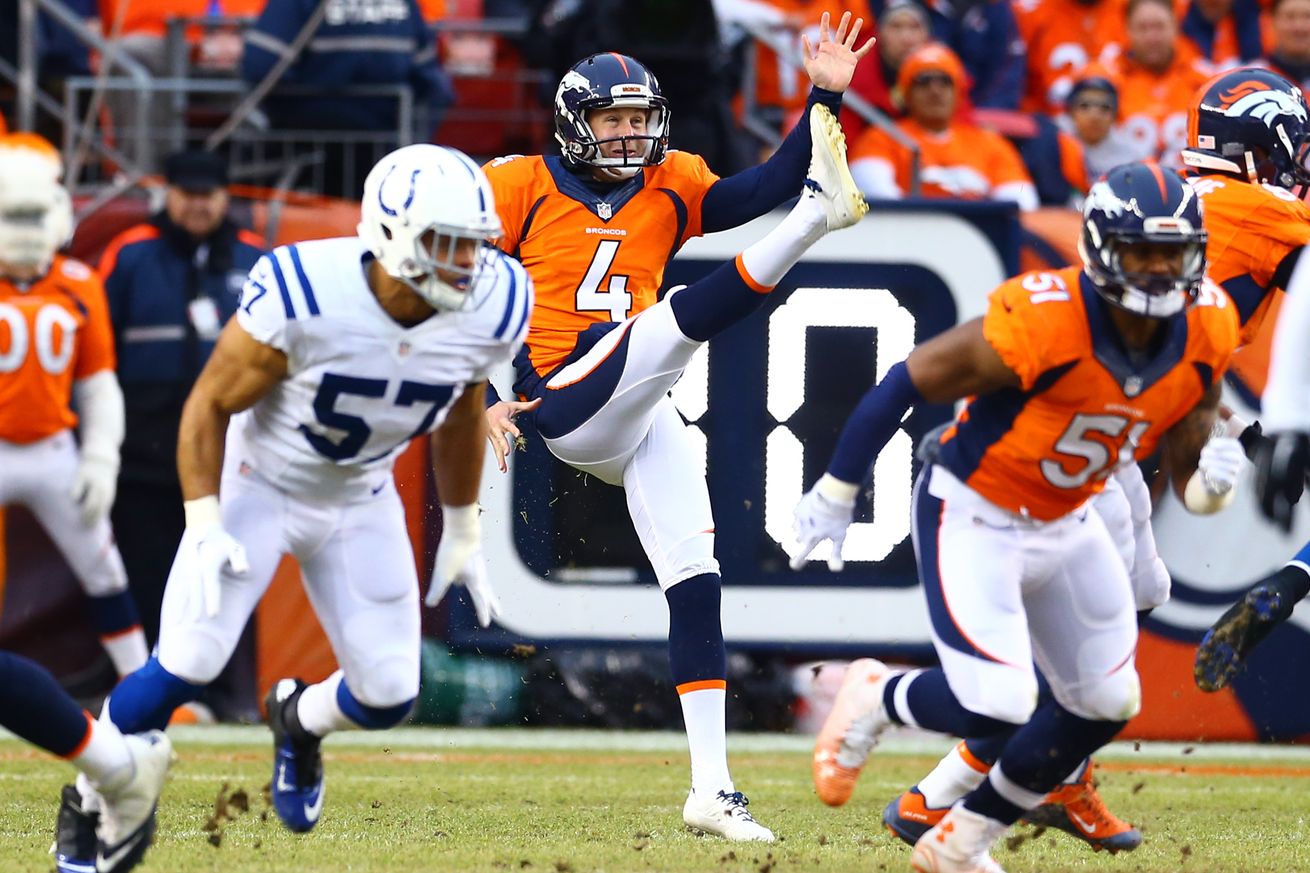 Last week the Cleveland Browns traded their punter Andy Lee to the Carolina Panthers. After the organization saw an uneven performance from the two young punters trying to replace Lee, the team acquired veteran punter Britton Colquitt this morning.

Colquitt, 31, was an undrafted free agent who signed with the Denver Broncos in 2009. He was released by the team on Tuesday when they decided to move forward with a younger rookie named Riley Dixon.

He signed a one-year contract and will move forward as the starting punter for the 2016/2017 NFL season. In his six seasons in Denver, Colquitt was an absolute stud. He lead in gross average (45.2 yards per punt) and net average (39.1).

He should be an immediate impact for this struggling Browns special teams unit.