Charge hold off Legends for fourth win of the season 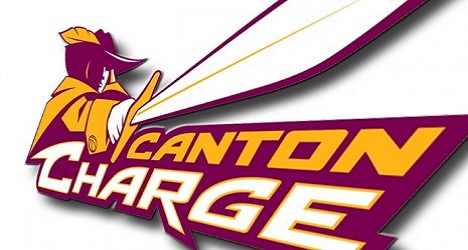 Last night (Wednesday), the Canton Charge (4-6) hosted the Texas Legends inside Canton Memorial Civic Center, resulting in a 134-128 victory for the home team.

Canton led by as many as 22 points in Wednesday’s wire-to-wire victory over Texas. However, the Legends scored 52 fourth quarter points, trimming Canton’s lead to just four points as time on the game clock waned. In the final quarter of play, The Charge knocked down 17 of their 21 free-throw attempts and shot 10-of-18 from the field to hold off Texas’ come-back effort.

Chris Evans turned in 28 points (12-18 from the field), 10 rebounds, and two steals in 37 minutes for the Charge. Eric Moreland added 14 points, 13 rebounds, four assists and three steals in 25 minutes for Canton.

With their win, the Charge improved to 7-3 all-time versus the Legends and have now won six in a row versus Texas.

The Charge will be back in action on Friday, December 9th at 8:00 pm when they travel to Chicago to face the Windy City Bulls (Chicago Bulls affiliate) for the first time.