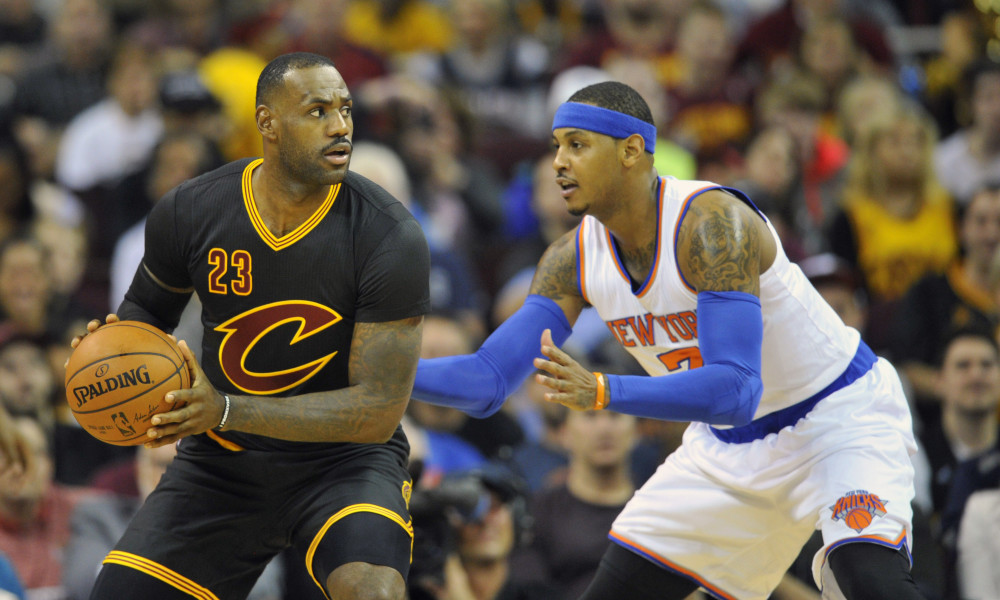 – Cavaliers (14-5, 1st in Central): Cleveland will be seeking continued success in The Big Apple after snapping their three-game losing skid on Monday night with a 116-112 victory over the Toronto Raptors inside The Air Canada Centre.

Cavs shooting guard J.R. Smith left Monday’s game late in the first quarter due to a hyperextended left knee. Smith’s MRI results showed no signs of structural damage, so he’ll be listed as day-to-day for now.

Despite their recent set-backs, the Cavaliers are still holding serve atop the Eastern Conference standings.

Tonight, the Cavaliers will be looking for an eighth straight win over the Knickerbockers (5-0 at the Garden).

– Knicks (12-9, 2nd in Atlantic): Tonight, the Knicks will be facing the defending NBA champions in the second game of a back-to-back set. As a result of their 114-103 victory over the Miami Heat last night (Tuesday), led by Carmelo Anthony’s 35 points, the Knicks are riding a four-game winning streak.

Knicks point guard Derrick Rose left Tuesday’s game against the Heat in the third quarter due to back spasms. In New York’s win over Miami, Rose logged 22 minutes of playing time and scored 10 points. His status for tonight’s game is unclear.

Carmelo Anthony leads the Knickerbockers in scoring through the early stages of this year’s NBA season. The former Syracuse University stand-out and number three overall pick (Denver) in the 2003 NBA Draft is averaging 23.0 points, 6.1 rebounds, and 2.5 assists per game.

Joakim Noah leads the Knicks in the rebounding department. The former University of Florida star and ninth overall selection (Chicago) in the 2007 NBA Draft is averaging 4.2 points, a team-high 8.0 rebounds, and 2.9 assists per game.

Kristaps Porzingis continues to play well for the Knicks. The 7′-3″ Latvian power forward is averaging 20.2 points, 7.6 rebounds, and 1.4 assists per contest.

Tonight’s matchup is the second of four meetings this season between the Knicks and Cavs (February 4th at New York and February 23rd at Cleveland).

New York is 0-4 this year on the second night of back-to-back sets.