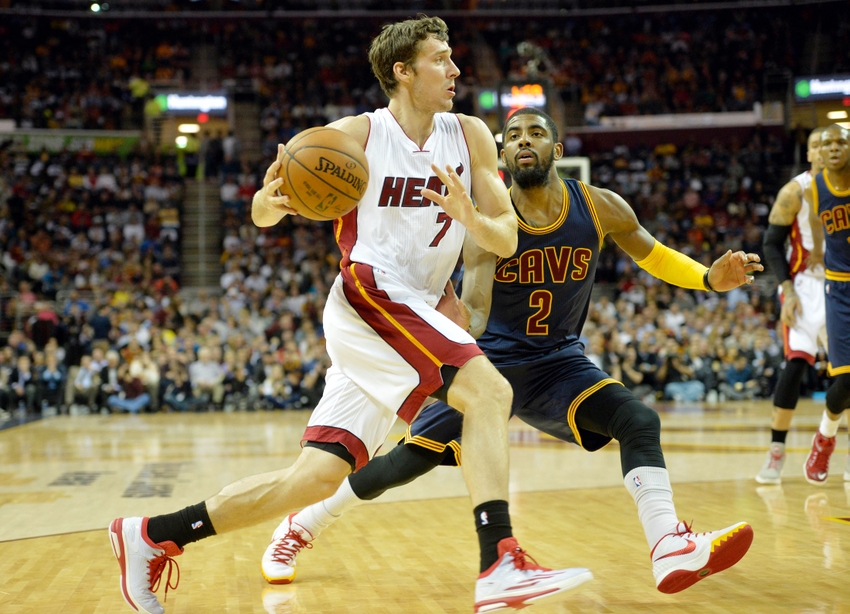 – Cavaliers (15-5, 1st in Central): As a result of their impressive 126-94 win over the New York Knicks inside Madison Square Garden on Wednesday night, the Cavaliers will be coming into tonight’s game carrying a two-game winning streak.

Tonight’s match-up will be the first game of a back-to-back set for the Cavaliers (vs. Charlotte tomorrow).

Through the quarter mark of the season, the Cavs are still holding serve atop the Eastern Conference standings.

In an article from www.NBA.com, Cavs Head Coach Tyronn Lue touched on his team’s performance through their first 20 games of the season, saying:

Kyrie Irving is three made three-pointers from reaching 600 for his career.

Kevin Love is four three-pointers away from 800 for his career.

– Heat (7-15, 5th in Southeast): After their disappointing 103-95 loss to the Atlanta Hawks on Wednesday night inside Philips Arena, the Heat find themselves riding a three-game losing streak.

Goran Dragic leads the Heat in both scoring and assists, averaging 18.0 points, 6.5 assists, and 3.8 rebounds per game.

Hassan Whiteside trails just behind Dragic in scoring. The former Marshall University stand-out and number three pick in the second round of the 2010 NBA Draft is averaging 17.6 points and a team-high 14.7 rebounds per contest.

Miami’s roster has been decimated by injuries this season. In fact, the Heat could have as few as eight players available for tonight’s match-up with the defending champs.

Tonight’s match-up is the first of four games this season between the Cavs and Heat (at Miami on March 4th & April 10th, at Cleveland on March 6th).