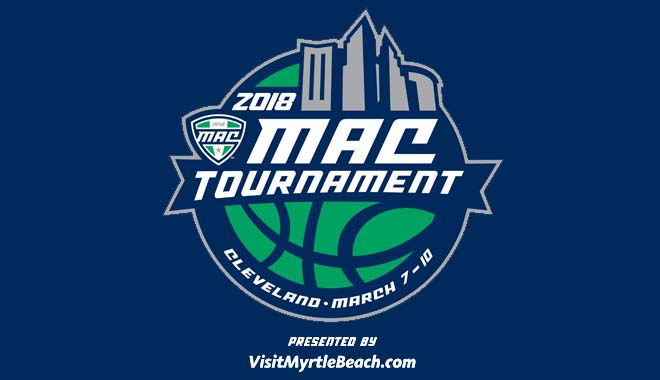 Central Michigan needed the whole 40 minutes to come away with a 67-64 victory over Eastern Michigan to advance to the semi-final round of the Mid-American Conference Women’s Tournament at the Quicken Loans Area.

The Chips (26-4), the top-seed, had almost let a 21-point lead slip away. Danielle Minott, for the Eagles (11-20) had a huge 19-point in a row fourth quarter that brought the Eagles into a last shot situation.

The Chips, who won the first two meetings in double-digit dominating fashion, (they also have won their last seven meetings)  entered the fourth quarter with a 52-41 lead. Minott, a 5-foot-8 junior guard, went on an assault.

The Chips’ Player of the Year Tinara Moore, who was ailing most of the game due to a sore right knee suffered in the first quarter, had nine points in the fourth quarter.

Moore finished with a team-high of 17 points. However, she had six of the Chips 23 turnovers.

“Our turnovers were one of the reasons why they got back into the game. We did not handle the pressure well”, said a relived Central Michigan’s head coach and MAC Coach of the Year Sue Guevara. “We have been the number one team all this year and we need to know how to handle pressure.”

Central Michigan, who have won six in a row and 18 out of their last 19, put a lot of pressure on the Eagles in the first quarter as they built a 21-5 lead. The Eagles could not throw the ball in the ocean as they made only two field goals out of 18 tries.

“We had good shots, but none of them went in,” said Eagles’ head coach Fred Castro. “Being a young team, you have to get it going early against a good team like Central Michigan. They are too good to get down like that.”

The Chippewas, who are ranked No. 6 in the CollegeInsider.com Mid-Major Poll, built a 29-8 lead with 5:05left in the second. Then the Eagles shots started to fall. They would end the half on a 11-4 run as they hit five out of their last six shots.

The Chips had all of their starters in double-figures. Cassie Breen and Reyna Frost both had 14 points. But Frost, a 6-foot forward was a terror on the boards with a game-high 14. Frost recorded her eighth double-double of the season. She also had four steals.

Minott finished her Eagles’ career with a game-high 27 points. Sasha Dailey also closed out her career with 13 points.