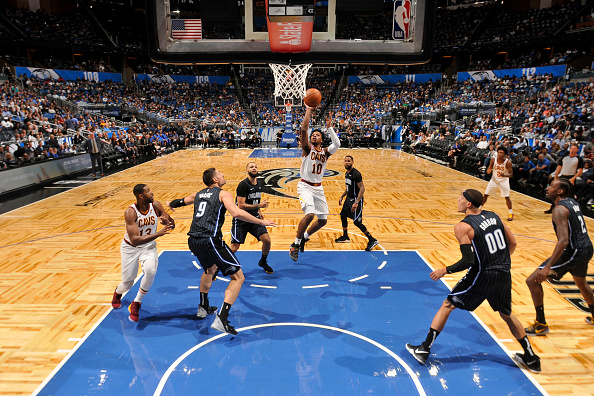 The Cavs are back in Orlando for a Wednesday night matchup with the Magic after being beaten on Monday 103-83, dropping them to 4-3 on the young season.

The team put out a release on Wednesday talking about a couple updates on injured players, guards Dante Exum and Darius Garland.

Exum left in the first quarter with a right calf strain and did not return to action.

An MRI performed Tuesday afternoon confirmed the injury. Exum will undergo a series of treatment and rehabilitation and is expected to miss approximately 6-8 weeks of basketball activity.

As for Garland, he was held out of Monday night’s game with a right shoulder sprain. Garland experienced discomfort in the shoulder following the Cavs’ win at Atlanta on January 2nd.

Further evaluation and an MRI on Tuesday confirmed the injury. Garland could miss up to one week, but will be re-evaluated daily through treatment and rehabilitation.

Garland is second on the team averaging 17.2 points per game, while Exum in six games, three starts, is averaging 3.8 points per night.