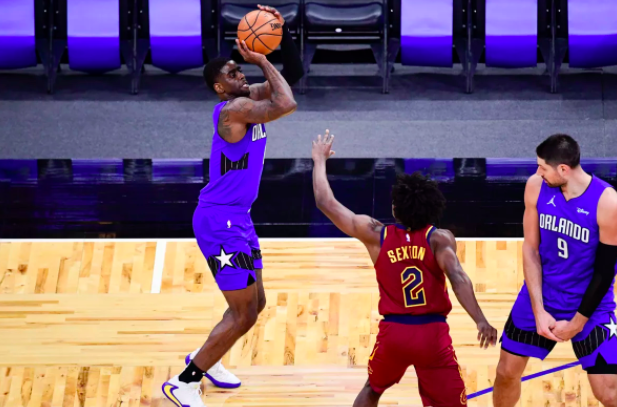 Wednesday night’s game in Orlando against the Magic got off to a great start for the Cleveland Cavaliers. After the first quarter, the team led by a score of 23-15. Unfortunately, it was all downhill from there. 105-94 was the final score in a loss that had some glaring flaws from head coach JB Bickerstaff’s club. It’s

It’s the second defeat in a row by the Magic over the Cavs.

Unbelievably, the team shot 15% from beyond the arc (4/26). That is absolutely atrocious and will not win any games. The Cavs must find the touch in a league that relies on the three-pointer more than ever before.

What is a positive sign is the team does rank in the top-10 for the entire year in three-point percentage at 34%. Hopefully, this is just a bump in the road, and the team will be able to recover moving forward. After all, a plethora of players were unable to play against the Magic including PF Kevin Love and PG Darius Garland. This had some impact on the quality of shots and how many of those threes were truly open looks.

Moving forward, the 4-4 Cavs continue the road trip with a game against the Grizzlies in Memphis at 8 p.m. on Thursday night. The Grizzlies are 2-5 and it’s a winnable game.

The three-point shot will certainly be key.