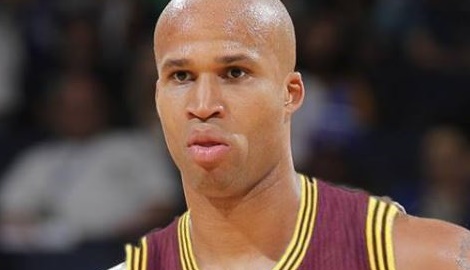 The Cavaliers have traded Richard Jefferson and Kay Felder to the Atlanta Hawks. The series of tweets below provide full details on the trade.

Richard Jefferson intends to continue his career after being waived by Atlanta, league source told @TheVertical. No plans to retire.

The Cleveland Cavaliers are trying to get their roster size down to the mandated fifteen player roster by opening night Tuesday. The Cavs have some decisions to make quickly and one of their decisions may entail parting with a fan-favorite.

According to The Vertical’s Shams Charania, the Cavs are in “advanced talks” with the Atlanta Hawks to send Richard Jefferson and Kay Felder to the Hawks.

Cleveland is in advanced talks on a deal to send Richard Jefferson and Kay Felder to Atlanta, league sources tell The Vertical.

Jefferson saw his minutes decrease last year as the team incorporated Kyle Korver more so into the rotation. With the team acquiring Jeff Green and Jae Crowder, there are more guys in the mix that will take minutes from the veteran. Jefferson is a beloved member of the team and has been a great teammate in his two years with Cleveland.

The other piece in the trade would be Kay Felder, who was a second-round pick of the Cavs in the 2016 NBA Draft. Felder has struggled mightily in his tenure with the Cavs, spending a majority of his time with the Canton Charge. In the Cavs’ current “win-now mode”, Felder just doesn’t fit in.

It is unclear what the Cavs would receive back in the potential trade, as it very well could be a trade to dump salary and clear some room on the roster.