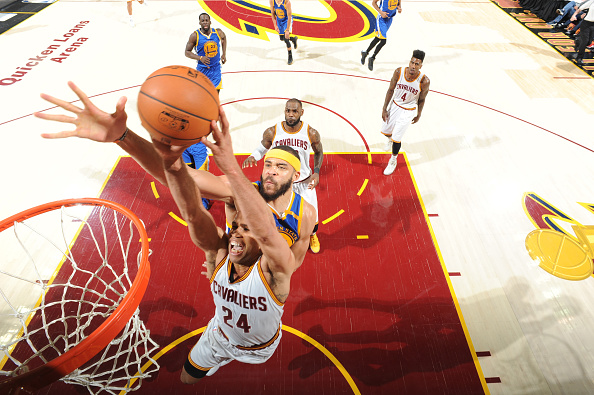 Where did THAT come from?

The Cavaliers came out of the gate shooting like mad on Friday night in game four of their best-of-seven NBA Finals series against the Golden State Warriors, doing whatever they can to stay in the series down 3-0.

Just how great was their first 12 minutes of play? Historically good.

The Cavs scored a NBA Finals record 49 points, a record for any quarter in Finals history. They beat out of the 1984 Los Angeles Lakers, who scored 47 in the third quarter in a game of their Finals series against the Boston Celtics.

After one quarter, Cavs fans were liking what they were seeing, leading by 16 at 49-33.