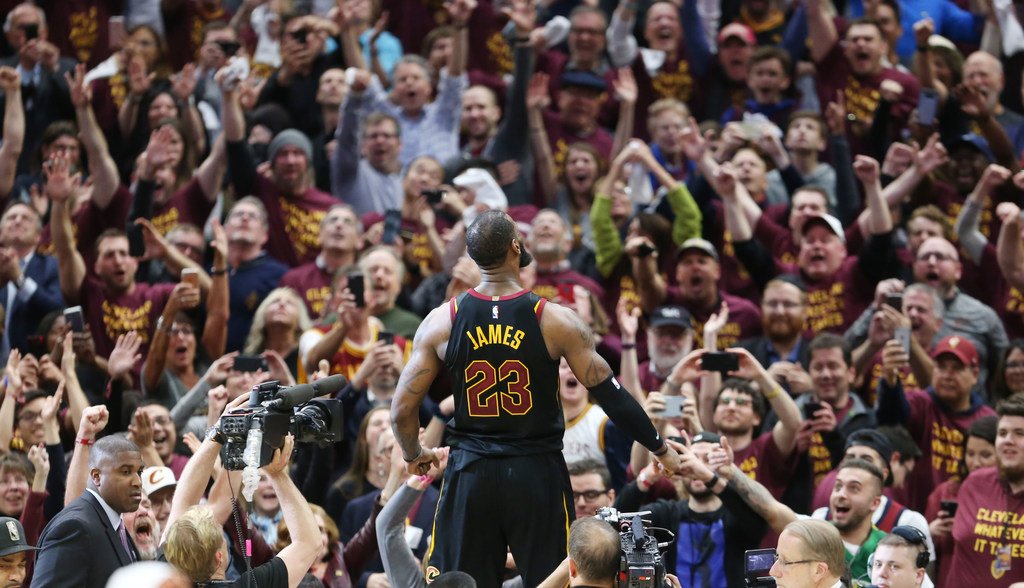 CLEVELAND– With regards to “Whatever it Takes,” the Cavs postseason theme, it will take a lot to win Game 7 against Indiana for the opportunity to play Toronto in the next round.

It will take more than just one player drawing defensive attention. It will take Kevin Love showing up and putting up the numbers he is capable of. It will take Kyle Korver and J.R. Smith consistently making shots and defending. It will take the new young players fitting in, contributing, playing fast and being aggressive, and not looking like the moment is too big for them.

It will take smarter play and not turning the ball over. It will take running offense and not so much isolation with four guys standing around. It will take good shot selection as opposed to settling for 3s.

I know, this is a big list regarding what it will take to beat the Pacers. But this is a big game with even bigger stakes. A trip to the Eastern Conference semifinals isn’t the only thing on the line this afternoon at Quicken Loans Arena.

The future of Cleveland professional basketball could be at stake as well. A lot of speculation has swirled as to whether or not LeBron James will be playing his last game as a member of the Cavaliers. Many say such a possibility is still very far down the road. Then again, such a possibility may be only 48 minutes away.

Whatever it takes, Cleveland.

Preview: Cavs Gear Up For Game 7 Against Pacers At Home
The First Big Prediction for the Cavs-Raptors Series Is In – And It May Surprise You