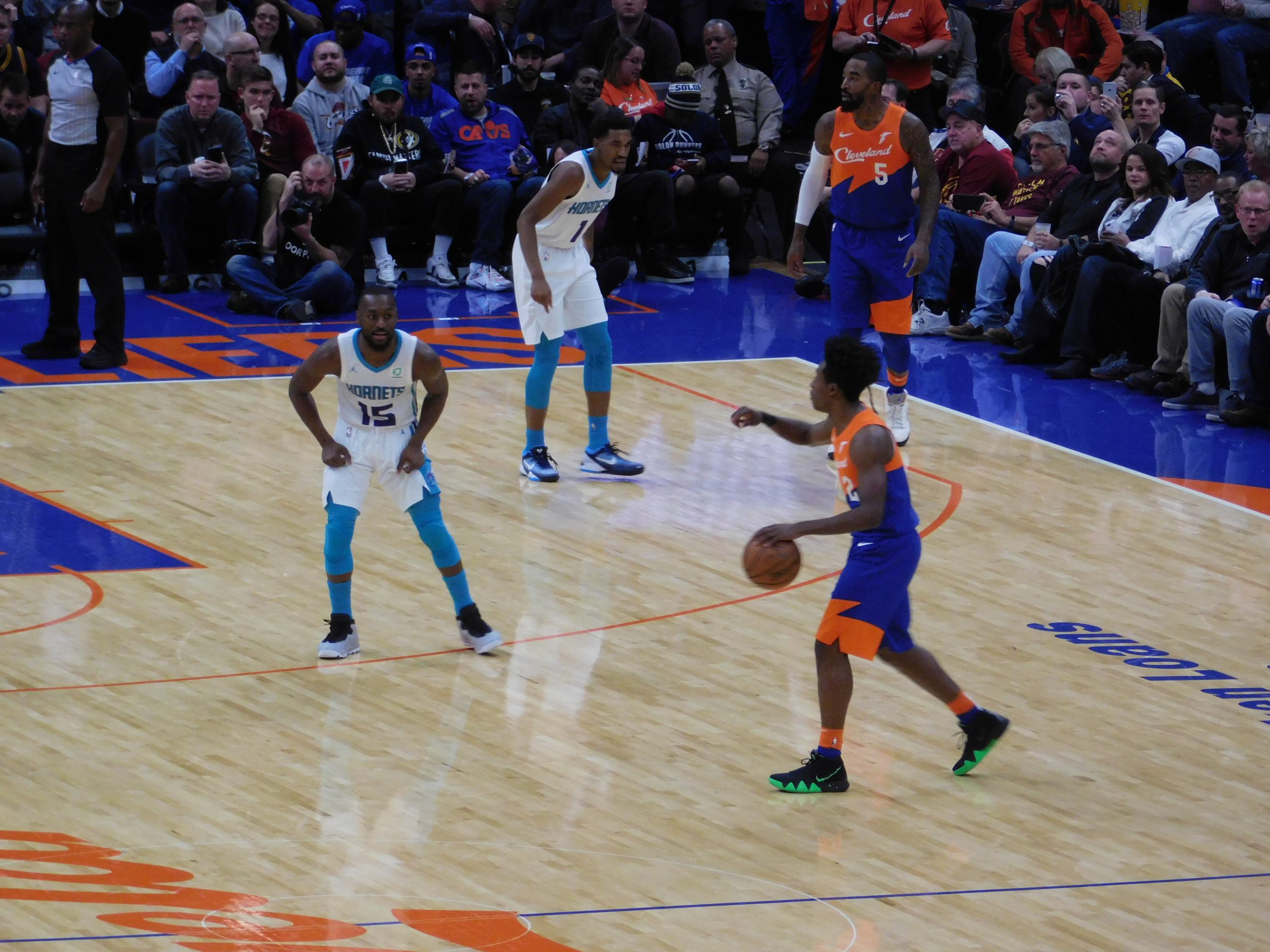 When it rains, it pours. That was the case for the Cavs as they got outscored in the second half big time after leading 46-41 at halftime.

Seemingly, the Charlotte Hornets got their revenge tonight who was lead by guard Kemba Walker who scored 30 to walk away with a 110-99.

The Cavs once lead by 13. But, lost in the final three quarters. That was the story of the night. Cleveland started the game out on a 9-2 run. They did led by nine at the end of the first quarter.

The momentum changed for Charlotte as they was down by halftime. That deficit didn’t take long as they forced turnovers after turnovers and drawing fouls. Only took five pocessions to give Charlotte the lead for first time in the game after a Walker’s three.

The frustration and the anger started there.

In late in the fourth quarter, head coach Larry Drew received a pair of technical fouls and getting ejected after arguing a no-call against Sexton on a transition attempt to the basket. Following a Hornets bucket at the other end, Drew  shouted at an official, and didn’t walk back to the bench.

Charlotte didn’t let that effect them and didn’t allow the Cavs to come back. Colin Sexton and David Nwaba was crushed by the Hornets guards. Being outscored by 48-14 won’t get the job done.

Jaron Blossomgame had a career night. He scored a career-high 15 points in 23 minutes played. However, Jordan Clarkson lead the Cavs in scoring with 20 points. Cedi Osman has 10 and Rodney Hood finished with 12.

Cavs will take on the Toronto Raptors Friday.