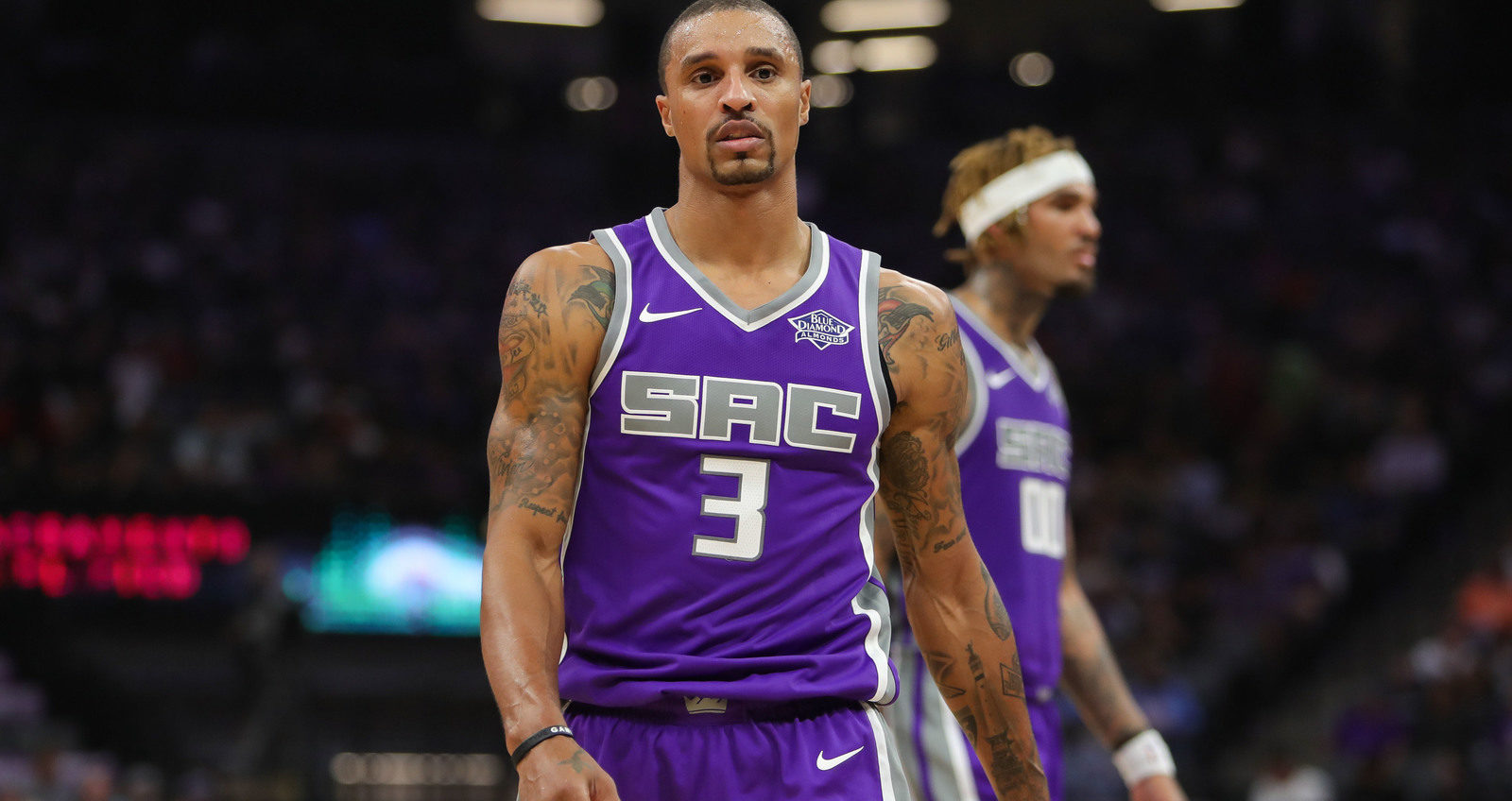 The NBA Trade Deadline is February 8th at 3 p.m., and there’s no doubt that the Cavs are going to have their name in a lot of rumors between now and then.

The latest rumor comes from Yahoo’s Shams Charania, who says the wine and gold are interested in a deal for Sacramento Kings veteran point guard George Hill.

It’s an interesting move for the Kings, who just inked Hill to a three-year, $57 million deal back on July 4th of last season after he played one year with the Utah Jazz.

The report says that the Kings are willing to trade Hill due to the fact they want rookie De’Aaron Fox to take over the starting point guard role for the second half of the year.

Sacramento enters play Friday at 13-31, worst in the Western Conference and tied with the Atlanta Hawks for the second worst record in all of the NBA.

So where would Hill fit the Cavs if a deal is made?

He could fit in at as a possible two guard while Isaiah Thomas stays as the Cavs primary point guard, and also could come off the bench as the point man for the Cavs in certain situations.

Jose Calderon and Dwyane Wade also handle the position as of now coming off the bench for the Cavs, but if a deal for Hill is made, that all may change.