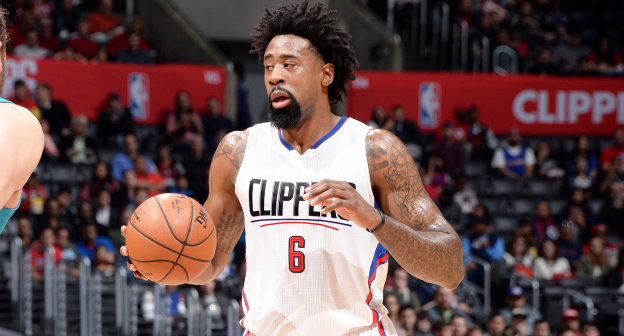 It’s the most wonderful time of the year. Okay, not quite.

The Cleveland Cavaliers have been in a royal funk as of late, dropping four of their last five contests. It hasn’t been pretty and certainly not ideal for the former NBA Champions. Therefore, a move at the NBA trade deadline is more than likely in order for Cleveland.

According to a report from Marc Stein, Cleveland has its eyes on the Los Angeles Clippers’ DeAndre Jordan and Lou Williams. This expands upon a report earlier in the season that the Cavs had been looking at landing Jordan to improve their interior.

The Cavaliers have allso registered trade interest in the Clippers’ Lou Williams, according to league sources, with Cleveland vets such as Tristan Thompson and J.R. Smith featuring in various trade proposals.

Jordan is averaging 11.8 points per game along with 14.9 rebounds in forty-one games, all of them starts. He’s been a force down inside for the entirety of his career and started the “Lob City” moniker that the Clippers rolled with while Jordan teamed with Chris Paul and Blake Griffin. Though he’s not known for his scoring prowess, Jordan adds an intensity quality that Cleveland is sorely missing.

What would also be looked for in that deal is sharpshooter Lou Williams. Williams had flew under the radar for a majority of his career before really breaking out into the spotlight last season with the Lakers and Rockets. Williams was included in the deal that landed Houston Chris Paul and has really come into his own as a top option in Los Angeles amidst injuries. Putting up 23.2 points and five rebounds per game, it’s been an eye-opening season for the point guard. Any involvement of Williams into a deal is exciting for the receiving party.

Of course, Cleveland would have to part ways with Tristan Thompson and JR Smith as well as a future draft pick. Thompson and Smith have both been super disappointing this season in different ways.

After being placed back into the starting lineup early on in the campaign, Smith continues to put up duds on the stat sheet while Dwyane Wade shines in the second unit.

Thompson hasn’t been the same since his injury that sidelined him for over a month. He hasn’t seemed to flow with the bench and looks rather awkward while out on the floor. With no developed shot and rebounding that is starting to get questionable at times, one must wonder how much longer the Cavs can wait to move Thompson before his value drops significantly.

The trade deadline is less than a month away. Brace yourselves, as the Cavaliers are due to be buyers come February.

Cavs with Interest in a Deal for Kings Veteran Point Guard George Hill
PREVIEW: Cavs host Thunder to round out homestand