Cavs Fight Off Pacers To Advance, 105-101; Three Takeaways From Game 7 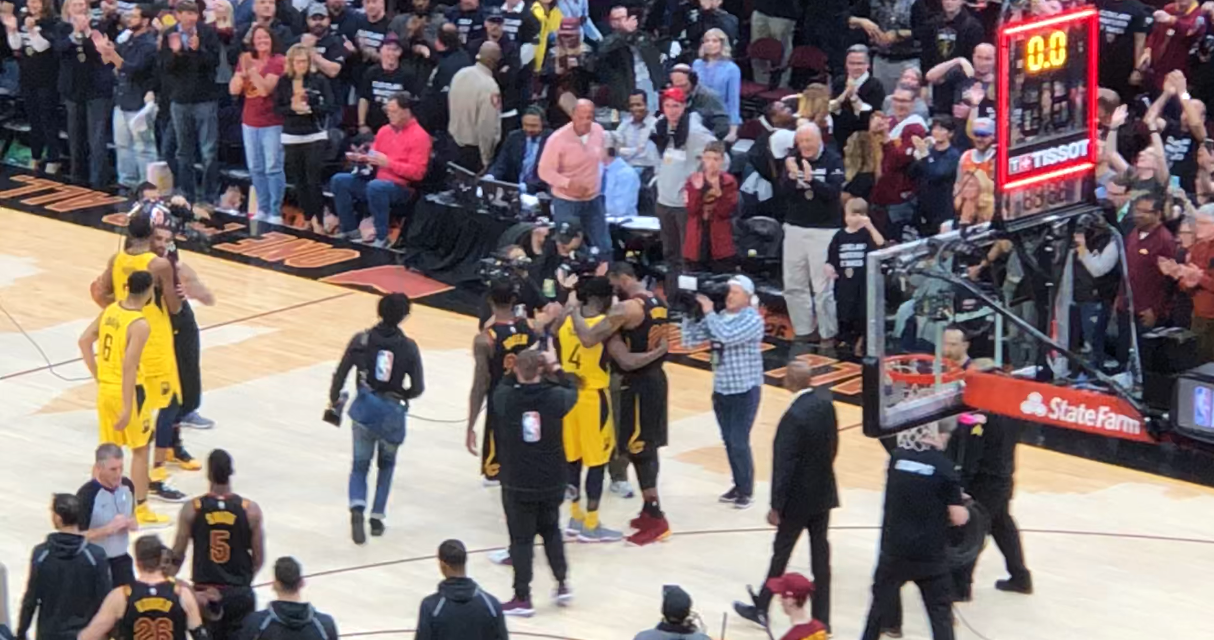 After a grueling seven games against the Indiana Pacers, Cleveland is able to claim the series victory and move on to the next round of the Eastern Conference Playoffs. LeBron James is now an undefeated 13-0 in first-round matchups after facing the longest opening series of his career.

It certainly wasn’t easy. Indiana guards Victor Oladipo and Darren Collison combined for 53 points and got into a groove in the second half. At one point, the Pacers even claimed the lead off of a Bojan Bogdanovic three-pointer in the third quarter. But foul trouble reared its ugly head to put a real damper on any plans of establishing an inside presence. Myles Turner and Domantas Sabonis both fouled out of the contest and, especially in Turner’s case, fought through foul concerns for the entirety of the game.

What also put an abrupt end to the inside success of Indiana was Tristan Thompson, who received his first start of the 2018 postseason. Thompson logged just 35 minutes of action and produced in a number of ways Cleveland was previously lacking in this series. Thompson posted 15 points and 10 rebounds with a steal and blocked shot along the way. Long story short, it was exactly what the Cavs needed to grind out Sunday’s victory.

The next few days will be spent breaking down what the Cavs need to plan for ahead of their Toronto matchup or how they can get their young guys going. For now, let’s highlight the three takeaways from the Game 7 win.

The First Big Prediction for the Cavs-Raptors Series Is In – And It May Surprise You
Tristan Thompson stayed ready, and it paid off in Game 7