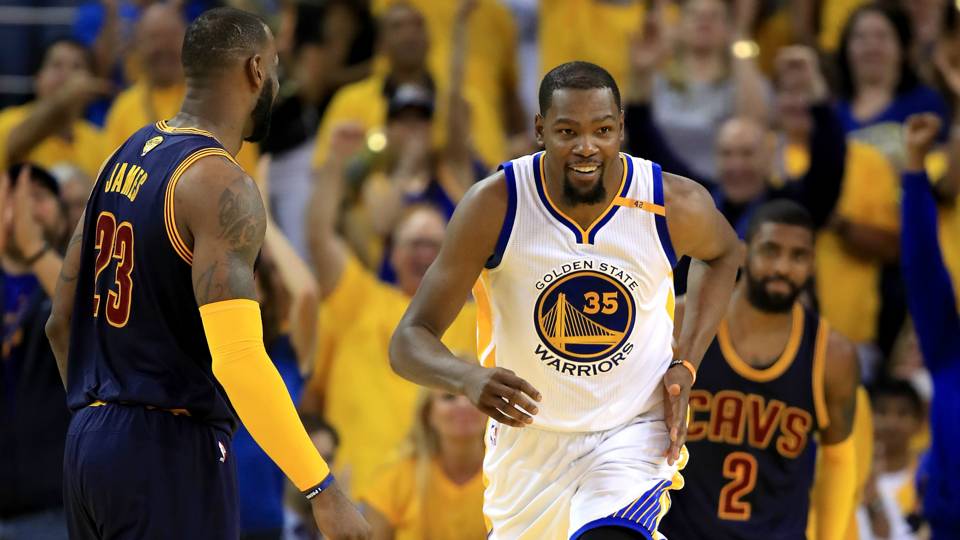 For the second straight year, the Cleveland Cavaliers are down 2-0 in the NBA Finals.

The Golden State Warriors prevailed on Sunday night, 132-113, behind the offensive prowess of Kevin Durant and Steph Curry.

At halftime, it looked like we were in for a competitive game, as the Cavs were only down by three.

Ultimately, however, the Warriors found a way to manufacture runs throughout the second half, and the Cavs soon found themselves simply trading baskets.

Here are three takeaways from the loss, for LeBron James’ eighth Finals triple-double.