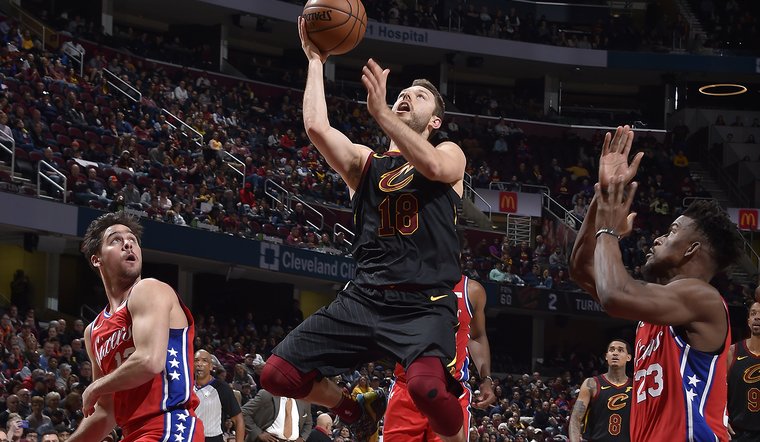 Cleveland – The Cleveland Cavaliers lost to the Philadelphia 76ers 128-105 at home on Sunday night.  The Cavs fall to 7-23 and will travel to Indiana to take on the Pacers Tuesday night and look to get back into the win column.  Here are three takeaways from the loss:

The Cavs outscored the 76ers 36-29 in the first quarter and led by as many as ten points in the first half.  The Sixers outscored Cleveland by 14 in the second quarter.  Cleveland cut the deficit to just one point towards the end of the third quarter but then Philadelphia went on a 14-0 run to take a 100-85 lead early in the fourth.  The Cavs were outscored 39-20 in the fourth quarter.  That’s bad defense and bad offense.

Ben Simmons recorded a triple-double in tonight’s game.  Simmons had 22 points on 9-of-15 shooting and looked aggressive in the game.  Simmons recorded 11 rebounds while passing for 14 assists.  Possibly the most important stat of his game was perhaps the fact that he recorded zero turnovers.  Simmons dominated the Cavs and there was a specific play in particular that can sum up how dominant Simmons was tonight: