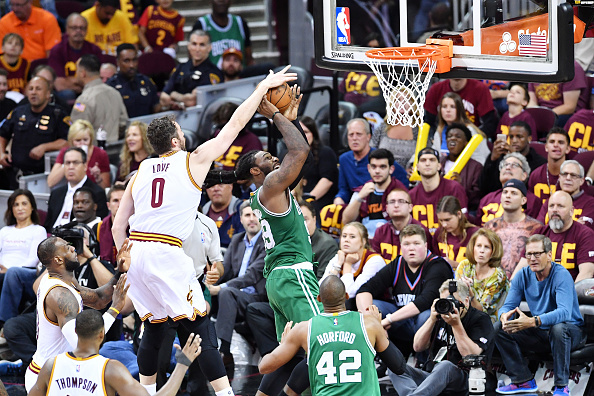 CLEVELAND– So much for sweeping their way to the Finals.

The Cavaliers fell to the Celtics, 111-108 on Sunday night to notch their first loss of the 2017 Playoffs in heartbreaking fashion, after a buzzer-beating three-pointer from Boston’s Avery Bradley.

Coming in to Game 3 of the Eastern Conference Finals, the Cavs matched their perfect 10-0 start of the 2016 Playoffs. Momentum was clearly in Cleveland’s favor after the way they dismantled the Celtics in a historic fashion during Game 2.

But after poor second half shooting and a less than stellar defensive effort in Game 3, the Cavs found that momentum swaying towards Boston’s direction in the third quarter.

Here are our six takeaways from the game, for Boston’s six third quarter three-pointers that brought them back from a 21-point deficit.