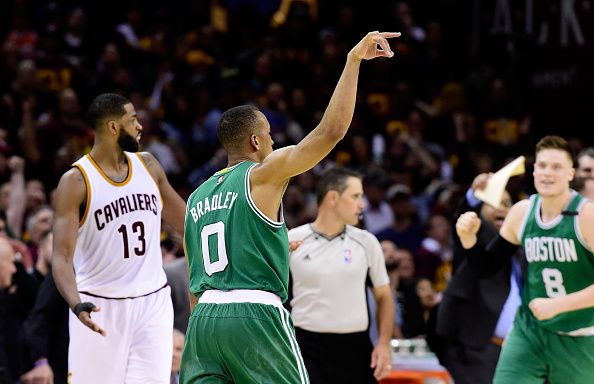 TNT has never been one to hold back their opinions in their NBA coverage, and with the likes of Charles Barkley and Shaq O’Neal, that’s not hard to believe.

On Sunday night they were not holding back whatsoever after Cavs star LeBron James scored just 11 points and the Cavs were stunned by the Boston Celtics 111-108 in game three of the Eastern Conference Finals at the Q.

“They did not respect the Celtics,” Barkley said. “They were going through the motions and still had a big lead, and then the Celtics just started making shots.

“This to me is a perfect example of ‘we’re gonna win the series, we’re the better team,’ and they just coasted, and it came back to bite them.”

The graphics department at TNT was quick to work out a new graphic as well after the game, much to the delight of Celtics fans and LeBron haters.

How the tables have turned… #NBAPlayoffs pic.twitter.com/c4pt9VvPCW

The Cavs will have a chance to quickly turn the tables in game four on Tuesday and try to get back on track and take a 3-1 series lead.