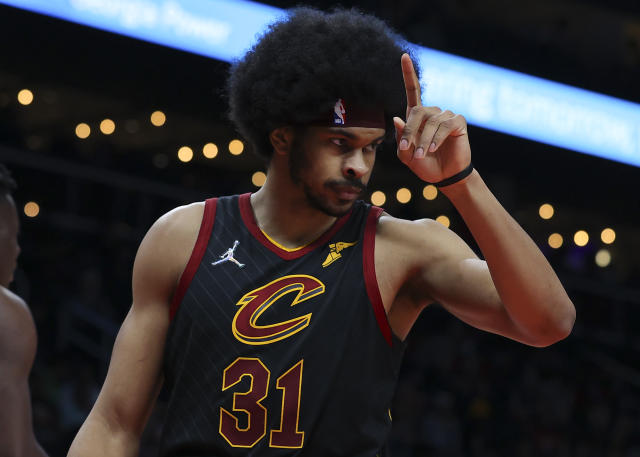 Is it time to panic in Cleveland? The Cavaliers were red hot the first half of the season. The team exceeded expectations with a record of 35-23 going into the break. Injuries plagued the young squad however, they were defying odds. The aura of fun was infectious and fans were excited once again after three dismal seasons.

Things have crashed back to earth with the squad losing four of their last five games since the All-Star break and six of their last seven overall. They haven’t looked like the same team that played with intensity and grit.

There were signs of life Friday night. Despite losing to the Philadelphia 76ers, the squad had four players score 20 plus for the first time since February 2019. Darius Garland, Jarrett Allen, Isaac Okoro and Cedi Osman showed up on the offense but it wasn’t enough to overturn the 76ers as they lost 125-119.

Defensively, the team is struggling, allowing over 119 points in the last three contests. Perhaps, teams have figured the Cavs backcourt out. The rookies need to be more disciplined. Evan Mobley bites at pump fakes and has trended downward in defending the perimeter. Mobley is an integral part of the Cavs’ once elite defense. He hasn’t quite hit the rookie wall but he’s bouncing off of it.

Rajon Rondo and Caris LeVert are both out with injuries. The hope is that Rondo and LeVert return soon and insert some fight back into the team. If the defense gets back on track, the Cavs can still make some noise.

Head Coach, J.B. Bickerstaff is criticized for play calling as of late. His frustration was evident during Wednesday night’s game against Charlotte. Bickerstaff was ejected for slaying obscenaties at the officials. Those choice words cost the coach to be fined twenty-thousand dollars.

The playoff hunt is tight in the Eastern Conference. Cleveland currently sits in sixth place overall. They have a crucial matchup with Toronto on Sunday. The Raptors are nipping at the Cavs’ heels as they sit in seventh place.

It’s Cleveland, where being an underdog or getting your hopes dashed is familiar. There’s no reason for fans to jump ship on the season just yet. Just as fast as the Cavs fell they can rise up again. They certainly have the talent. The mindset is going to make the difference.

The Koby Altman Effect
Just How Good Are The Cleveland Cavaliers?