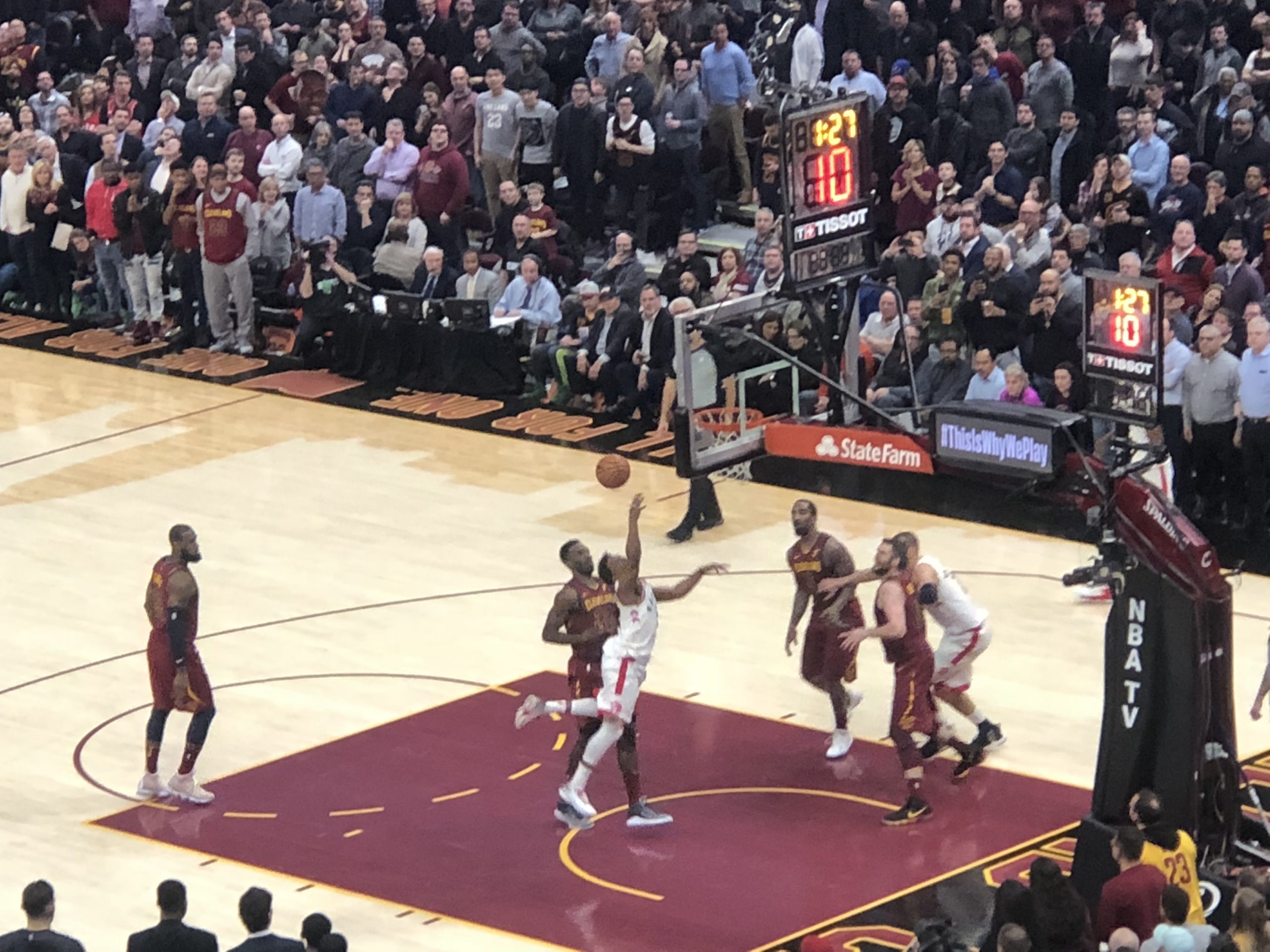 CLEVELAND– You would be forgiven if you still aren’t exactly sure how the Cavaliers managed to win Game 1 of their Eastern Conference Semifinal matchup with the Toronto Raptors.

Somehow, after not leading until overtime, they managed to do just that and come away with a 113-112 win.

There were plenty of dicey moments down the stretch. The Cavs didn’t score for the final 2:16 of the game, and Toronto’s Fred VanVleet missed a wide open 3-pointer at the end of regulation and a second one at the end of overtime that would have given Game 1 to the Raptors.

But in the end, the Cavs got just enough stops and overcame a 14-point first quarter deficit to walk away with the win. Here are three takeaways from the win.

At that point, the game hadn’t even been tied. But with 30.3 seconds remaining, LeBron James put up a fadeaway jump shot to tie the game at 105. VanVleet got his first look at a win on the following possession with a 3-point attempt, but the shot clanked off the rim to send the game into OT.

The next big play for Cleveland came at the 4:23 mark in the overtime period as James found Kyle Korver for a 3-pointer at the top of the key to give Cleveland a 108-105 lead that they wouldn’t relinquish for the rest of the game.

The final two minutes of the game weren’t exactly pretty for Cleveland as they missed six shots, but in the end they strung together enough stops to come away with the win.

2. Plenty of help for LeBron

LeBron James put up his 21st career playoff triple-double with 26 points, 13 assists and 11 rebounds. He shot just 12-of-30 from the field, and while his performance was impressive, he finally got some help.

It took eight games, but another Cavalier finally scored 20 points. J.R. Smith put up 20 exactly on 6-of-11 shooting from the field that included 5-of-6 from 3-point range. He also spent the most time on DeMar DeRozan on the defensive end and held him to a respectable 22 points.

Kyle Korver had another great game with 19 points on five 3-pointers of his own. Jeff Green put up 16, 11 of which came in the second quarter to help the Cavs narrow what was a 14-point first quarter deficit to  just three points at the halftime break. Tristan Thompson put up his second consecutive double-double with 14 points and 12 boards, and was the only Cavalier who stood a chance against Toronto’s Jonas Valanciunas (21 points, 21 rebounds) on the defensive end.

As a team, the Cavs shot 21-of-45 from the field, but they got enough production from enough different places to contend with Toronto.

3. Where is the mental edge?

In previewing this matchup, I wrote about the narrative that the Cavs simply have the Raptors number when it comes to being in their heads. Afterall, they are the team that has ended Toronto’s last two seasons in the playoffs. The Cavs also won the regular season series, 2-1.

Considering Toronto led for 47 minutes and 30 seconds tonight, I think it’s fair to wonder how they will bounce back from a tough loss like this one, against the one giant they haven’t been able to slay in the Eastern Conference.

On the Cavs side of things, the state of the team certainly feels less bleak after a tough Indiana series, especially seeing more role players step up. And hopefully, at the very least, the Cavs have a mental edge when it comes to eliminating Toronto’s home court advantage.

NFL Network Asks – How Long Before Baker Mayfield is Starting at QB for the Browns?
Indians add Ben Taylor to the roster; designate Matt Belisle for assignment