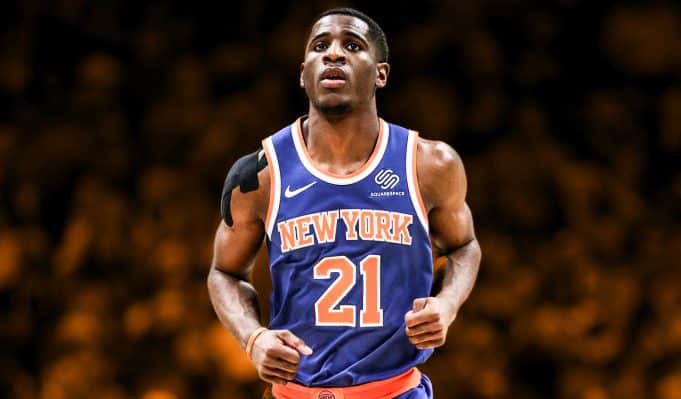 The Cavaliers have a free agent in the fold according to ESPN, coming to terms on a two-year deal with former New York Knicks shooting guard Damyean Dotson.

Dotoson was a second-round pick of the Knicks back in 2017, and in three seasons he’s averaged 7.8 points per game to go along with 1.4 assists.

According to Dotoson’s agent, Chris Gaston, the two-year deal is worth $4 million.

The move to ink Dotoson wasn’t the only move the Cavs made over the weekend. The club made a trade with the NBA Champion Lakers Sunday, sending Jordan Bell and Alfonzo McKinnie to the Los Angeles in exchange for three-time champion JaVale McGee.

The 32-year-old center last season with the Lakers played in 68 games putting up 6.8 points per game.

Cavaliers Free Agent Tristian Thompson Heading to Boston; Inks with Celtics for $19 Million for Two Years
Does The Cavs Rebuild Come To Life This Season?