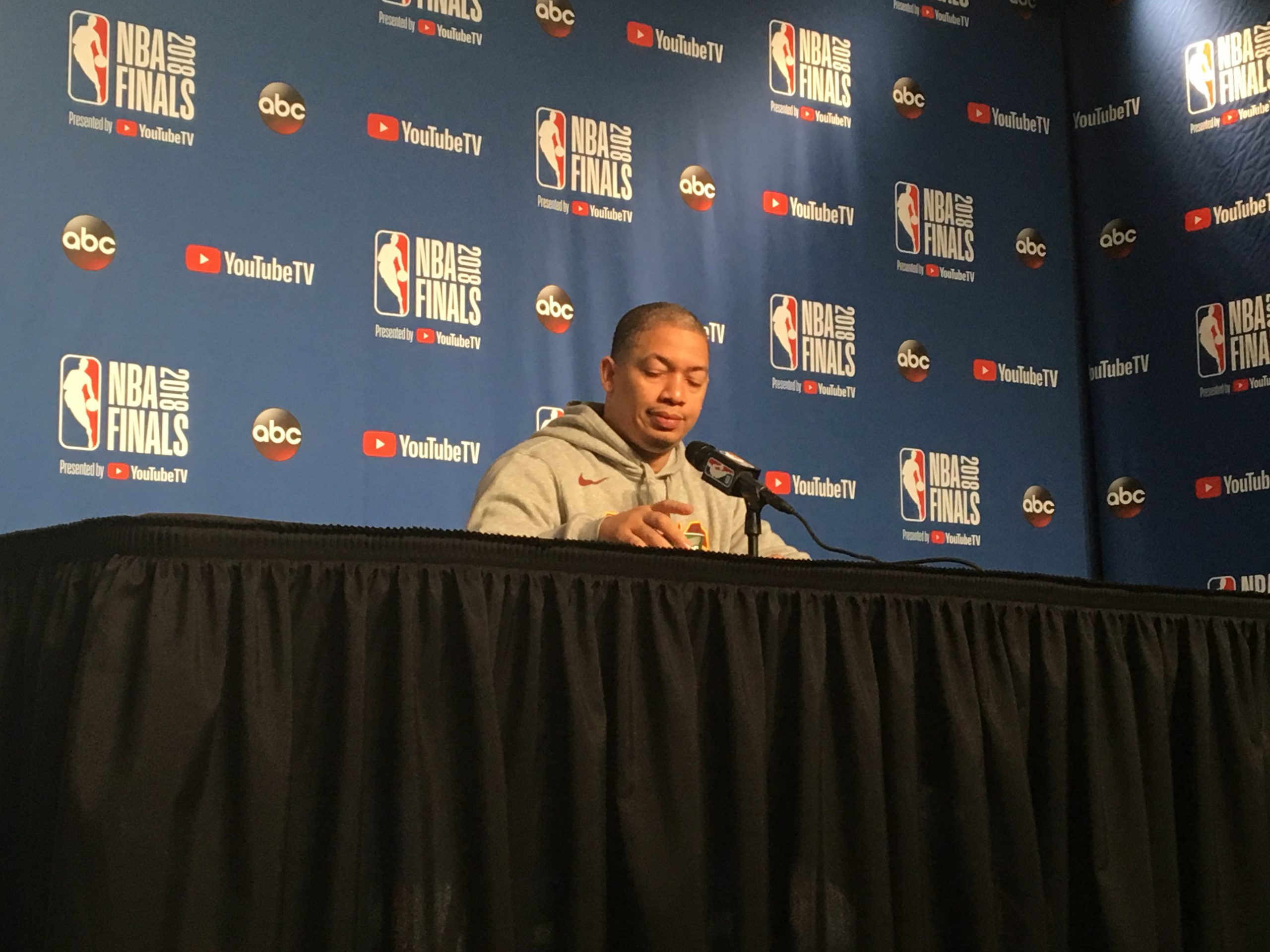 The Cleveland Cavaliers have some questions to answer this off-season. Of course, the impending decision of LeBron James will be the most important story to keep an eye on. But there are some other storylines the Cavs will have to attend to as well.

That includes the future of head coach Tyronn Lue.

After taking a month away from the team near the end of the regular season due to health issues, Lue’s future seemed to be up in the air. It appears that isn’t the case, at least from the head coach’s perspective.

“I had some tough problems going on throughout the course of the season, and like you said, I probably could have folded myself, but I wasn’t going to do that,” Lue told reporters following Game 4’s loss to the Warriors. “I knew that even if I wasn’t feeling a hundred percent, I had to get back for the playoffs. That’s my time. That’s my moment. I didn’t want to put our coaches in that situation. I didn’t want to put our players in that situation, and I had to fight through it. That’s what champions do. I gave everything I had.”

Lue stated many times about how he had to be an example of that ‘no excuses’ mentality that the team developed. He couldn’t fold under pressure and he didn’t.

It appears he’ll be ready for another year as the leader on the sidelines, though Cleveland could have a lot of changes made around him by then.