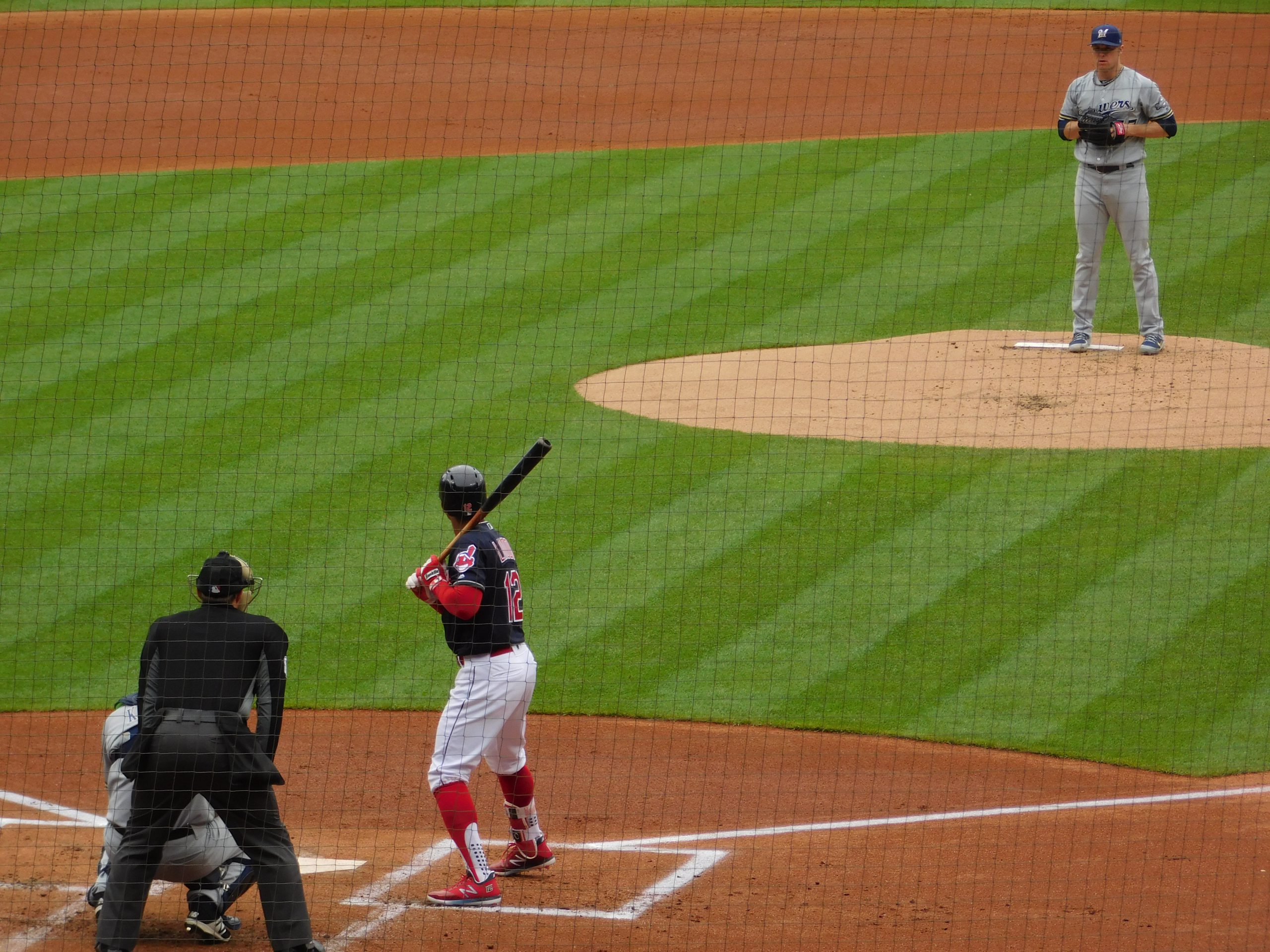 It Was Carlos Carrasco’s turn to start Friday for the Indians against the Milwaukee Brewers. A six inning outing that forced Carrasco to battle out of some jams to keep the game tight. Despite his efforts, the bullpen fell apart in the seventh, as the Indians fell at Progressive Field 7-1.

Carrasco started the game surrendering a lead-off single to Ben Gamel, followed by a walk of Keston Hiura to immediately put the Brewers in scoring position. Carrasco tightroped out of danger however, striking out three straight to end the inning.

A lead-off double from César Hernández got things going for the Indians in the bottom of the first. To no avail as Brewers’ starter Corbin Burnes got the next three batters to hit themselves out of the inning.

The second inning went better for both Carrasco and Burnes, as they both were able to sit down each opposing offense in order.

Carrasco started the third surrendering a walk to Jacob Nottingham, before getting Gamel to ground into a double play for the first two outs of the inning. In the next at-bat, Hiura battled Carrasco to fill the count, before the payoff pitch got him swinging to end the inning.

In the bottom of the inning, the Indians offense once again failed to produce any baserunners. With strikeouts of both Hedges and Hernández in the inning, Burnes began to settle in on the mound.

The fourth inning brought the only run allowed by Carrasco on the day. Two singles by Jedd Gyorko and Daniel Vogelbach, bookended by two outs, the Brewers had runners in scoring position.

Still in the inning, Carrasco walked Jace Peterson to load the bases, bringing Luis Urias to the plate. Urias turned on the second pitch, and blooped a single in front of Carrasco to give the Brewers the 1-0 lead before Carrasco got Nottingham out to end the inning.

Needing desperately to follow up the rough inning defensively, the Indians looked to the top of the order to respond. However all three batters failed to produce anything in a quick bottom of the fourth.

Giving up his first run in the previous inning, Carrasco responded well in the fifth. While he did allow a lead-off single to Gamel, Carrasco forced Hiura into a double play before striking out Christian Yelich to end the inning.

The Indians finally got things going in the bottom of the fifth as they added a run to tie the game for Carrasco. Franmil Reyes opened the inning with a walk, followed by two singles from Tyler Naquin and Josh Naylor that loaded the bases.

With the bases loaded and one out in the inning, Delino Deshields Jr. grounded a ball to third baseman Luis Urias. Urias went home for the force out, before Nottingham’s throw to first in an attempt to turn two hit Deshields Jr. in the back, scoring Naquin on the error.

The sixth inning would be the final inning for Carrasco, a single to Vogelbach would be the only offense allowed by Carrasco in the inning. The Indians’ starter went six full innings, striking out seven, and only allowing one run.

Burnes would continue to mow down the Indians as he sat the side down in the bottom of the sixth for the final full inning of his appearance.

Things began to fall apart for the Indians in the seventh inning, as the Brewers began to add on. Phil Maton opened the inning on the mound in relief of Carrasco, walking Urias to start. Maton struck out Nottingham before a Gamel single moved Urias all the way to third.

With one out and runners on the corners, Maton surrendered a double to Hiura that brought in the second run of the game for the Brewers. The double would prove to be the end for Maton, as the call to the bullpen was made, bringing in Oliver Perez to stop the bleeding.

Perez got the first batter he faced, Yelich to serve up a double play ground ball to Carlos Santana. However Santana played the ball wrong defensively, causing Yelich to reach on an error, and the Brewers to add two more runs to the lead.

The Brewers weren’t done yet in the inning, as a Gyorko walk and Ryan Braun single combined to bring in Yelich to give the Brewers a 5-1 lead.

Burnes opened the bottom of the seventh on the mound looking to continue his outing, however a four pitch lead-off walk to Reyes led to Burnes’ exit. Brent Suter came in as Burnes replacement to get outs from all three batters he faced, striking out Naquin and Hedges along the way.