DOES CALDER CUP CHAMPIONSHIP TRULY MEAN ANYTHING TO CLEVELAND? 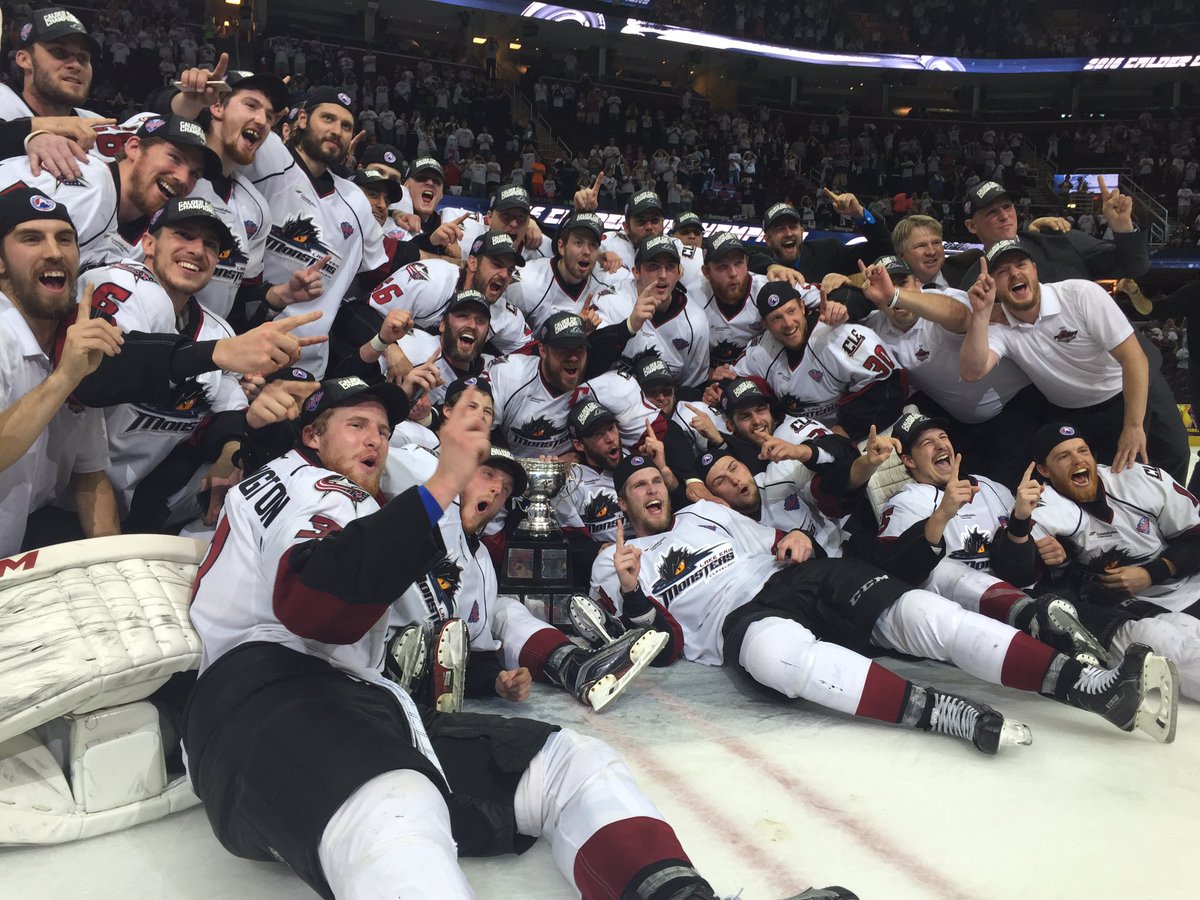 This is the tenth time that the Calder Cup has called Cleveland its home, with the formerly known Cleveland Barons winning the cup nine times the last being in 1964.

The question that now needs to be addressed is does this Calder Cup Championship really mean anything to the city of Cleveland?

Already on social media, it’s been evident that a lot of Clevelander’s do not seem to think that this even matters. “They’re just a minor league team” or “It doesn’t count because they’re not true professionals”.

I can guarantee you that every single one of those Monsters fans that packed the Quicken Loans Arena Saturday evening will be more than happy to tell you different. From the first puck drop, the entire arena was deafening and you could barely hear anything.

As the Cleveland Cavaliers are attempting to hold on for dear life in the NBA Finals down 3-1 to the defending NBA Champions Golden State Warriors, the Lake Erie Monsters came in and picked up a city when they really needed it. The night before drew to a close the fans of Cleveland, Ohio were down in the dumps as the Cleveland Cavaliers found themselves unable to take care of home court losing Game 4 of the NBA Finals 108-97.

However once Saturday night came, you almost forgot for a brief second about the Cleveland Cavaliers. Just as the overtime period was coming down to the final seconds Oliver Bjorkstrand grabs the puck and sends it into the back of the net with 1.9 seconds left in OT, the entire Quicken Loans Arena became unglued. Don’t believe me, watch for yourself.

For a lot of Cleveland fans this could be a moment of “I may never see a championship here in Cleveland it may be my only chance”.

When you break it down, the Monsters play in the AHL not the NHL. With that being said does this championship lose credibility? Does it fall under the same category if the Cleveland Gladiators were to win the Arena Bowl or how about the Cleveland Crunch whose efforts went unnoticed by the general fan base when they won 3 championships back in 1994, 1996 and 1999.

Some of you may be asking yourself who the hell are the Cleveland Crunch? It was a soccer team that played in the National Premiere Soccer League at the Wohlstein Centrer, previously known as the Convocation Center.

Maybe this wasn’t the Indians hoisting up the Commissioner’s trophy, the Cavs with the Larry O’Brien trophy and the Browns with the Vince Lombardi trophy but for the first time since 1964 the Cleveland area had a reason to celebrate and it was all thanks to the Lake Erie Monsters.

To some of you this may have meant nothing at all, but to some of us true Cleveland fans this truly did mean something and it was special to be a part of. It meant that hey, maybe there is a chance we can break this curse that’s been looming this city. As a passionate Clevelander and an avid hockey fan it meant something to me.

Thank you to the organization of the Lake Erie Monsters for giving this city a reason to celebrate even if it was for a short period of time. I can tell you this though be prepared to see more Lake Erie Monster apparel on the streets of Cleveland.

FLASHBACK: The 2000 WWF King of the Ring
Tribe continues to be patient with Brantley, but not without concern rising