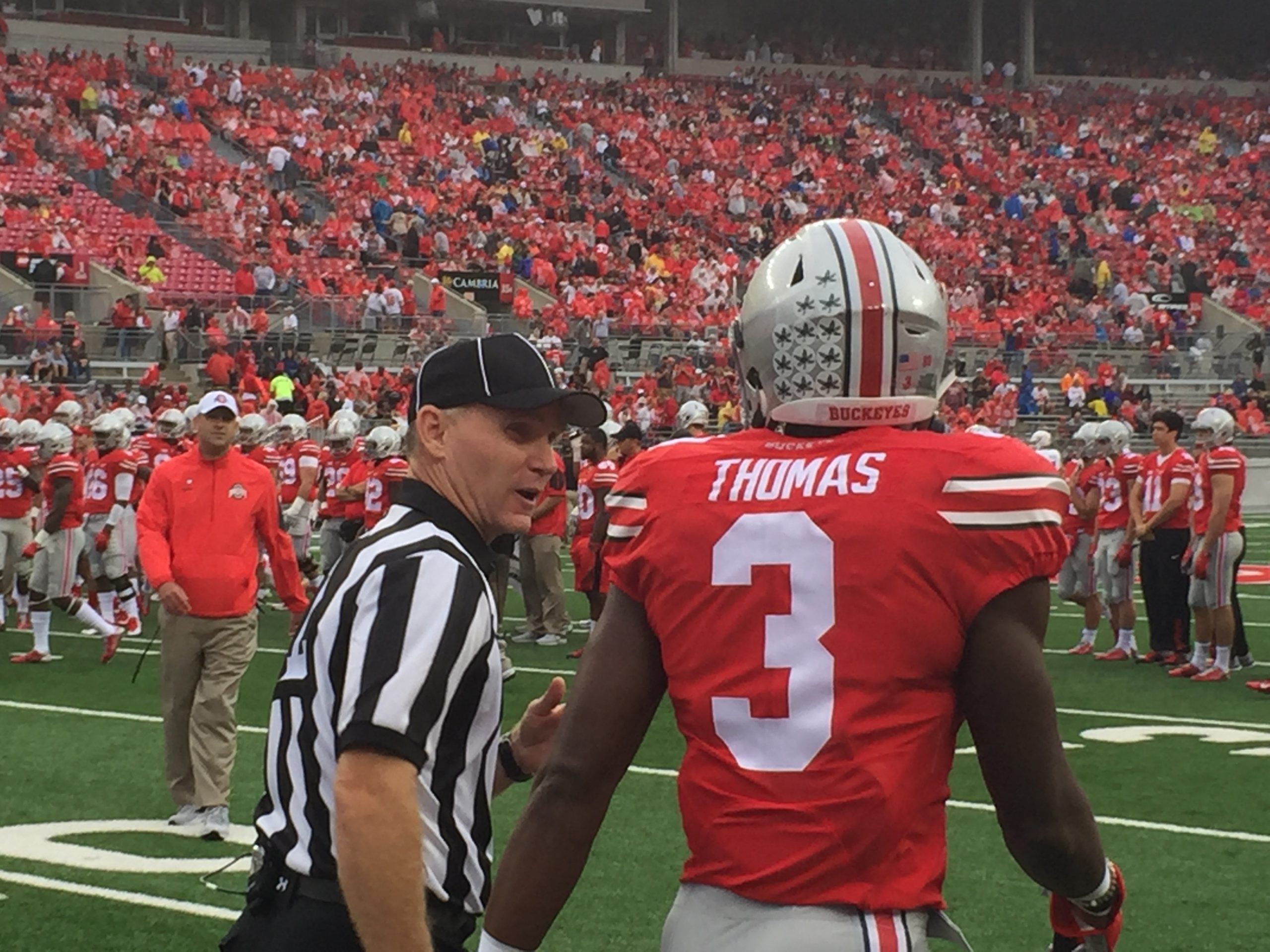 Jim Tressel was in the building on Saturday, and it showed.

Tressel was being honored for his induction into the College Football Hall Of Fame, but judging by the happenings on the field, you could be forgiven for believing he was actually still coaching Ohio State.

The Buckeyes struggled on offense all afternoon, but used a powerful defensive performance to hold off the upset-minded Huskies of Northern Illinois.

The Huskies had thrown for nearly 750 yards in their first two games, but could not find any comfort with their air attack against Ohio State.  The Buckeyes held NIU to 80 yards through the air, and only 190 total yards.  The defensive domination was highlighted by Darron Lee’s 41-yard pick-six in the third quarter.

“I really just read it and went and made a play,” Lee said.  “Knew we needed something.  Just tried to make something happen.”

“Great play,” said head coach Urban Meyer of Lee’s interception.  “He’s one of the best players in the country.  I love that kid.  And he’s a high-energy guy.  He’s got great offensive-skilled hands, and is really a great player for us.”

The Buckeyes turned the ball over five times on offense, and added a failed fourth-down conversion.  Only once did they get a flow going on offense as they were turned away time and time again.

However, NIU head coach Rod Carey was not interested in moral victories.

“You ask any of these players,” Carey said, “and they’ll tell you that they would rather play bad and win than play great and lose.”

Play of the game – In a play that was reminiscent of his Sugar Bowl TD, WR Michael Thomas caught a pass in the end zone and barely dropped his foot inbounds.  No replay was required for this score, but it was a reminder of how talented Thomas is.

100 more – Ezekiel Elliott went over the century mark again, marking the 8th straight game in which the RB has topped 100 yards on the ground.  However, he did not score a touchdown, the first time he failed to reach the end zone since the Minnesota game last season.

J.T. the new starter? – Urban Meyer would not say whether or not he’d make a change at QB, but did say agree there is some validity to the argument that the rotation of the position has led to problems.  He promised to address the issue later in the week.

Ohio State QB Cardale Jones Changes Twitter Profile After Tough Outing
Cardale Jones to the Bench for the Buckeyes? Was Just a Matter of Time