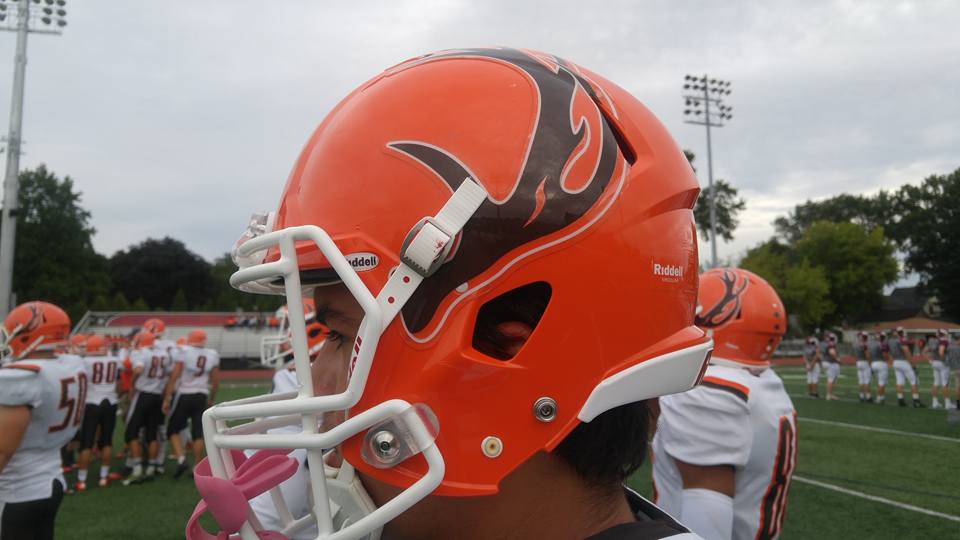 NEO Sports Insiders would like to honor Buckeye Wide Receiver Justin Canedy for winning this weeks NEOSI Player of the Week Award for Week 2.  Canedy had 285 all-purpose yards, two touchdowns, one rushing and one kickoff return for a touchdown in a 35-16 victory Friday night over the Rocky River Pirates on the road.

Canedy was a one-man wrecking crew that the Pirates did not have an answer for.  Canedy had big runs and catches on the first two drives which allowed the Bucks to build the 14-0 lead.  From there, following the first River score of the game on a field goal, it was Canedy giving the momentum right back to Bucks with a 82-yard kickoff return for a touchdown.

Later on in the second half, Canedy would score again, this time out of the backfield with a touchdown strike that would put the game out of reach for good.  Buckeye is off to a quick 2-0 start to the season and will look to continue their winning ways this Friday night as they travel to Cloverleaf.

We had a whopping 580 votes, but Justin narrowly beat out Avon quarterback Ryan Maloy and Berea-Midpark running back Bryce Agnew to take home the prize.

All the athletes involved in the voting had huge weeks and a lot to be proud of.  It would be wrong not too mention two other players at this moment.  I must give a personal shout out to Trevor Bycznski who had a huge night in a big win over Westlake for Berea-Midpark.  Trevor Bycznski accounted for five total touchdowns and 324 total yards.

I also want to make mention of the big week by our Defensive Player of the Week, Ethan Gerding of Highland.  Gerding finished with an incredible 19 tackles, 2 forced fumbles, 1 fumble recovery, 1 sack to help Highland win 35-0.

Again, all of these athletes have a lot to be proud of, and good luck to them in Week 3.  Remember this was a vote by the fans, all 580 plus!  Nice Job everyone.  The Week 3 ballot will be posted sometime late Saturday Night, or early Sunday.  Don’t forget to nominate your player at that time!