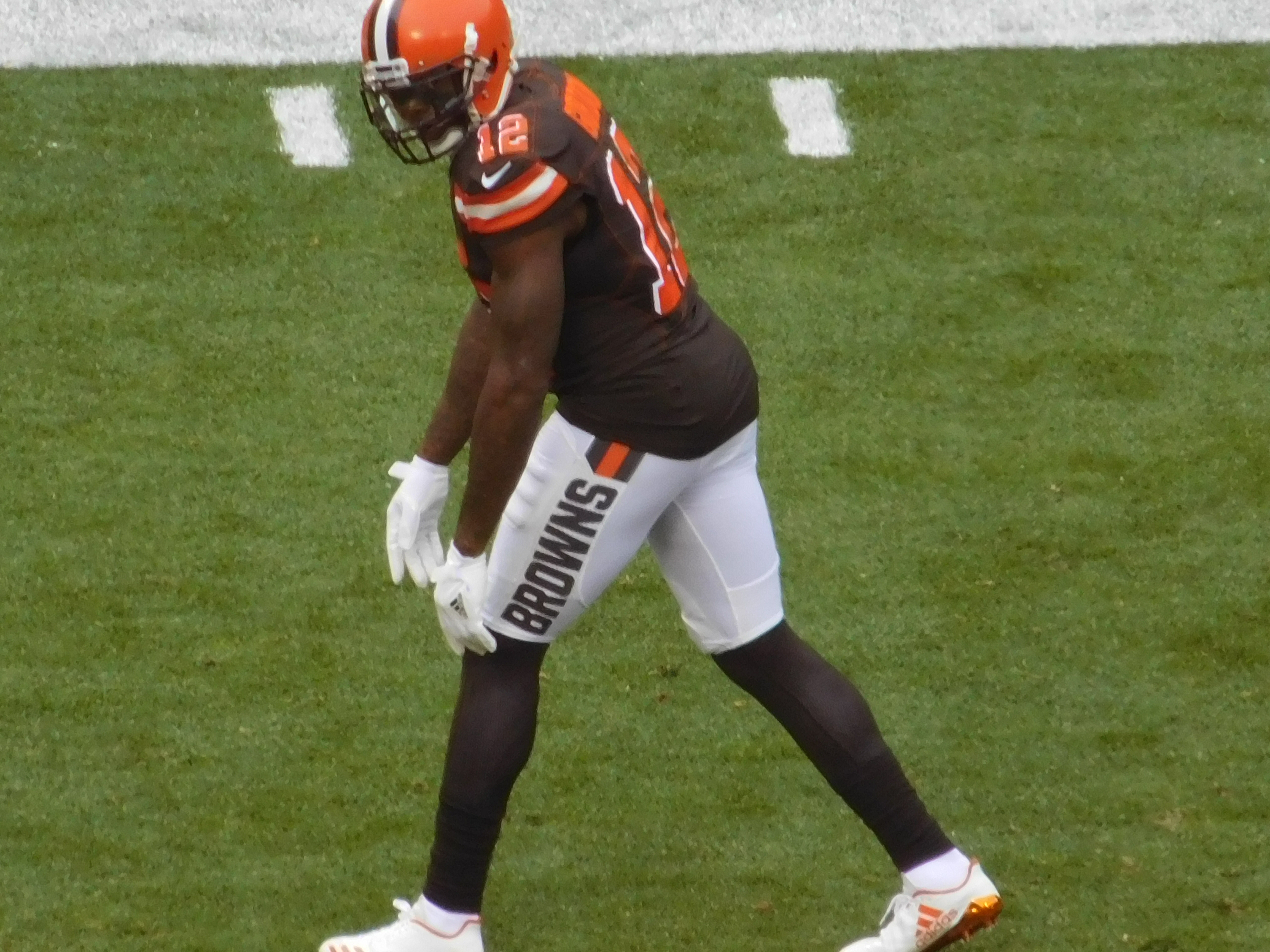 Sunday Browns wide out Josh Gordon had his second straight solid game since coming back to the team after his suspension from the NFL. In the first drive of the game Gordon had a big catch on the first play, and then pulled in his first touchdown in nearly four seasons to tie the game at seven.

Gordon ended the day with three catches for 69 yards and a score, but according to Packers cornerback Damarious Randall, he wasn’t that impressed with the return of ‘Flash.’

Randall didn’t take too kindly to a question about Gordon, and today Gordon responded on Twitter with a slam back at Randall, who was the Packers first-round pick out of Arizona State back in 2015. 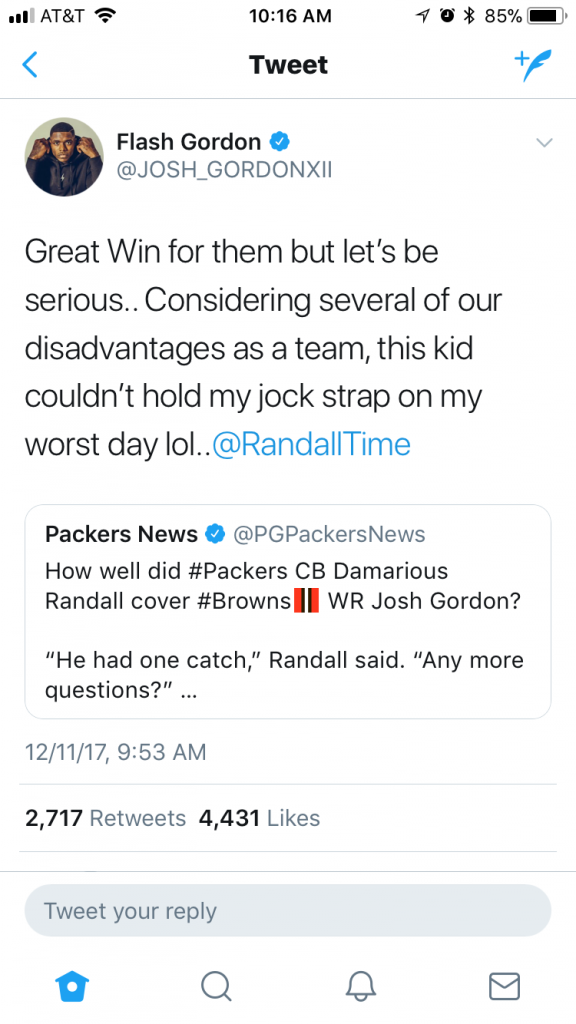 Randall came back with a shot at Gordon, making a comment about his past in a response tweet.

?? You must be on that shit again https://t.co/l0MGVDqMri

Is It Time To Rebrand The Browns As Fan Morale Hits An All-Time Low?
Final thoughts on Browns OT loss to Packers