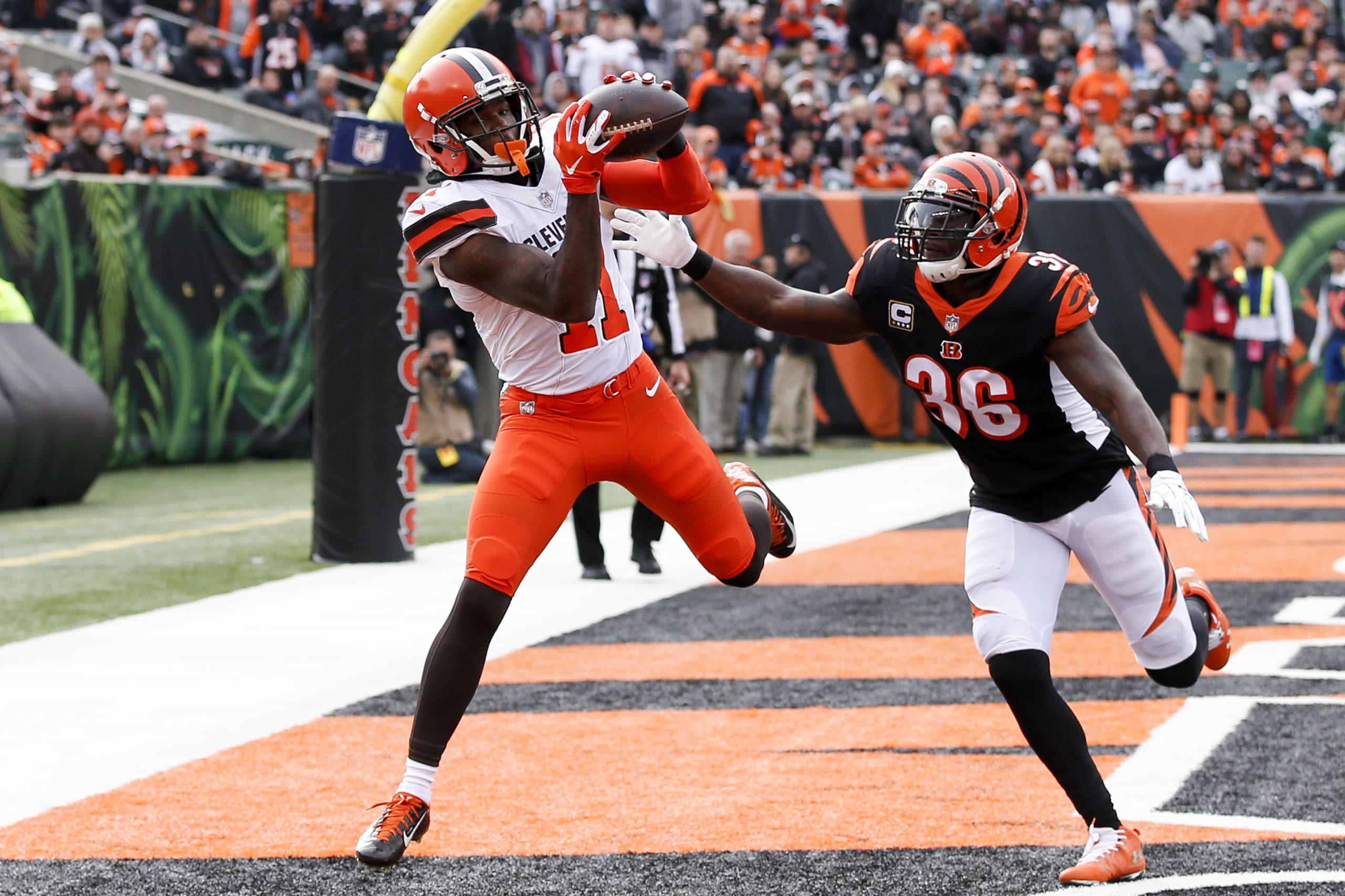 The NFL slapped a four game suspension on young Browns wideout Antonio Callaway today, siting a violation of the league’s substance abuse policy. The team confirmed the news shortly after it was reported.

Through the team, Callaway took ownership of his actions and accepted the suspension in a statement.

“I take full responsibility for my actions,” his statement read. “I made a mistake and I own that. I have taken steps to make myself better and I appreciate the Browns standing by me and supporting me during this time. I know there’s nothing I can say to regain trust; it will all be about my actions.”

General manager John Dorsey shared his own sentiments on the matter, which included him showing support for the 2018-draftee.

“We’re disappointed in Antonio,” Dorsey’s statement said. “Freddie and I have had a direct conversation with him about where we stand. He understands our expectations of him. We will continue to support him as long as he remains committed to taking advantage of the resources made available to him by our club and the league to help him become the best version of himself as a person first and foremost.”

Callaway is still able to participate in all remaining preseason practices and games before his suspension takes effect on Aug. 31. He’ll be eligible to return to the team one month later on Sept. 30th after the Browns Week Four road meeting with the Ravens.

In retrospect this is nothing new for the 2018 fourth-round pick. When Dorsey drafted Callaway out of Florida he knew there was plenty of baggage coming with him. In college, Callaway was suspended for using a stolen credit card on bookstore purchases and had a sexual assault charge and misdemeanor marijuana charge brought against him, although he was cleared of the assault charge.

Last year, before his first season with the Browns, Callaway was cited for marijuana possession and driving with a suspended license, while also possessing parts to a firearm along with ammunition. Eventually the drug charge was dropped and the 22-year-old was left paying a fine.

In his rookie season, Callaway played in all 16 games and hauled in 43 receptions for 586 yards and five touchdowns. He vowed earlier in the offseason to put up even bigger numbers in year two.

The timing of the suspension could explain why Callaway spent most of his time working with the second and third team offenses during training camp and in last night’s preseason game. With two incidents in two years, Callaway is certainly testing the patience of Dorsey and company.

Freddie Kitchens on Duke Johnson: “Don’t question his professionalism”
Antonio Callaway is Running Out of Chances with the Browns