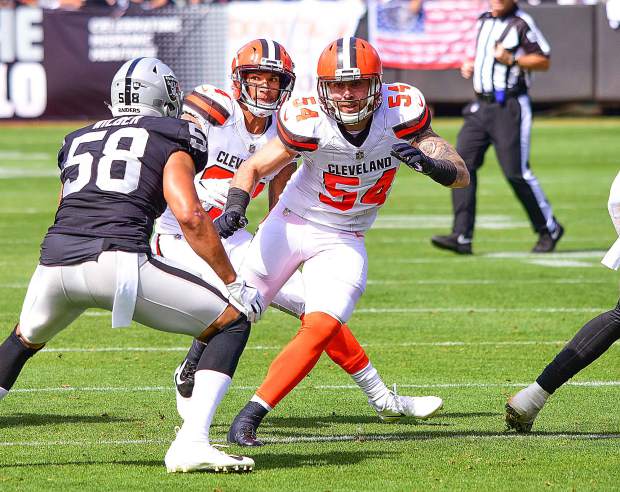 The Browns today announced that they have waived LB Tanner Vallejo, who appeared in 13 games with one start for the team in 2018.

Vallejo totaled 20 tackles and one forced fumble on defense and seven special teams tackles. He was placed on injured reserve with a hamstring injury on December 28th.

The Buffalo Bills selected Vallejo in the sixth round of the 2017 NFL Draft, and in May of 2017 inked a four-year, $2.55 million contract.

The Bills then waived him on on September 1st of 2018, and the Browns picked him up on waivers the following day.