Okay so we all know already that Sunday probably won’t be a thing of beauty at Met Life Stadium when the Browns line up for the first time for real in 2015 against the New York Jets.

Today we will give some predictions for those playing daily fantasy games, or even if you’re in a league in which you have one of these players and are debating playing them.

Here’s a quick breakdown for the key skill players on both teams.

QB Josh McCown – A tough opener for the new Browns QB, who will have to put up with not only a good Jets secondary, but also a good Jets front line. Last season McCown had four games in which he threw 2 TD’s, and went over 250 yards in 4 of his 11 games played. Don’t expect a huge game from McCown Sunday.

RB Isaiah Crowell – The Browns run game is a bit of a mess, and they will start 2015 with Crowell being the guy that gets the ball first. Last year his best outing was an 88-yard effort against the Falcons. Again with the solid Jets D-line, the Browns O-line needs to have a great day to try and help Crowell have any sort of solid day on the ground.

RB Duke Johnson Jr. – An injury likely means he won’t see more than a few carries Sunday, but the team still has big plans for Duke in 2015.

WR Brian Hartline – The new Browns WR will get looks from McCown, but with Darelle Revis on coverage it’s going to be tough to think that Hartline is going to have any sort of big day. It may come late, but he’ll find a way to get a few catches, but still a stretch to play this week in fantasy.

WR Andrew Hawkins – Will be covered likely by Dominique Rodgers-Cromartie, he will find a way to have a bigger day than Hartline just by default. Still a stretch to play in any sort of fantasy league.

WR Dwayne Bowe – Already pushed to being the teams’ third string WR spot, even though he was the big free agent pickup at the wide out spot this offseason. Don’t look for much, as it seems that at this point he’s going to have to earn the trust of the coaches to get more playing time.

TE Gary Barnidge – Last season he had just 13 grabs for 156 yards, but the team expects him to be more involved this season. Look for McCown to look for him when things break down, and he may wind up having the most yards of any Browns player Sunday.

K Travis Coons – The debut for Coons as the new Browns kicker, with an offense that will likely struggle, opportunities will be limited. 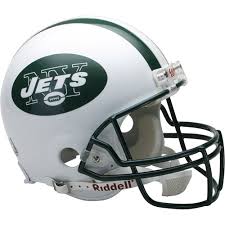 QB Ryan Fitzpatrick – Last year in Houston he was decent, throwing for 17 touchdowns and 8 picks. Against the Browns in 2012 he was 22-for-35 for 208 yards and three touchdowns. He’ll have two solid WR’s to throw to in Brandon Marshall and Eric Decker. If he stays mistake free he gives the Jets a great chance to win.

RB Chris Ivory – He ran all over the Browns the last time the two teams met, and with the issues with the Browns run D last season, he will look to duplicate those numbers Sunday.

RB Bilal Powell – As the backup to Ivory he’ll get a couple looks.

WR Brandon Marshall – Once again out to prove something, he’ll be matched up with Joe Haden in a matchup to watch. Fitz will have to be careful, but will look to take some shots with Marshall.

WR Eric Decker – The Jets second wide out will battle Tramon Williams, and will look to use his size to beat the Browns CB. Probably safe to say he’ll get looks, but won’t have a huge day.

TE Jeff Cumberland – Had just 23 grabs last season, so don’t look for him to have much of an impact in the passing game for the Jets Sunday.

K Nick Folk – A solid kicker who has become use to kicking in the swirling winds at Met Life. The Jets will score two TD’s and he’ll kick one FG to get them to their 17 points.