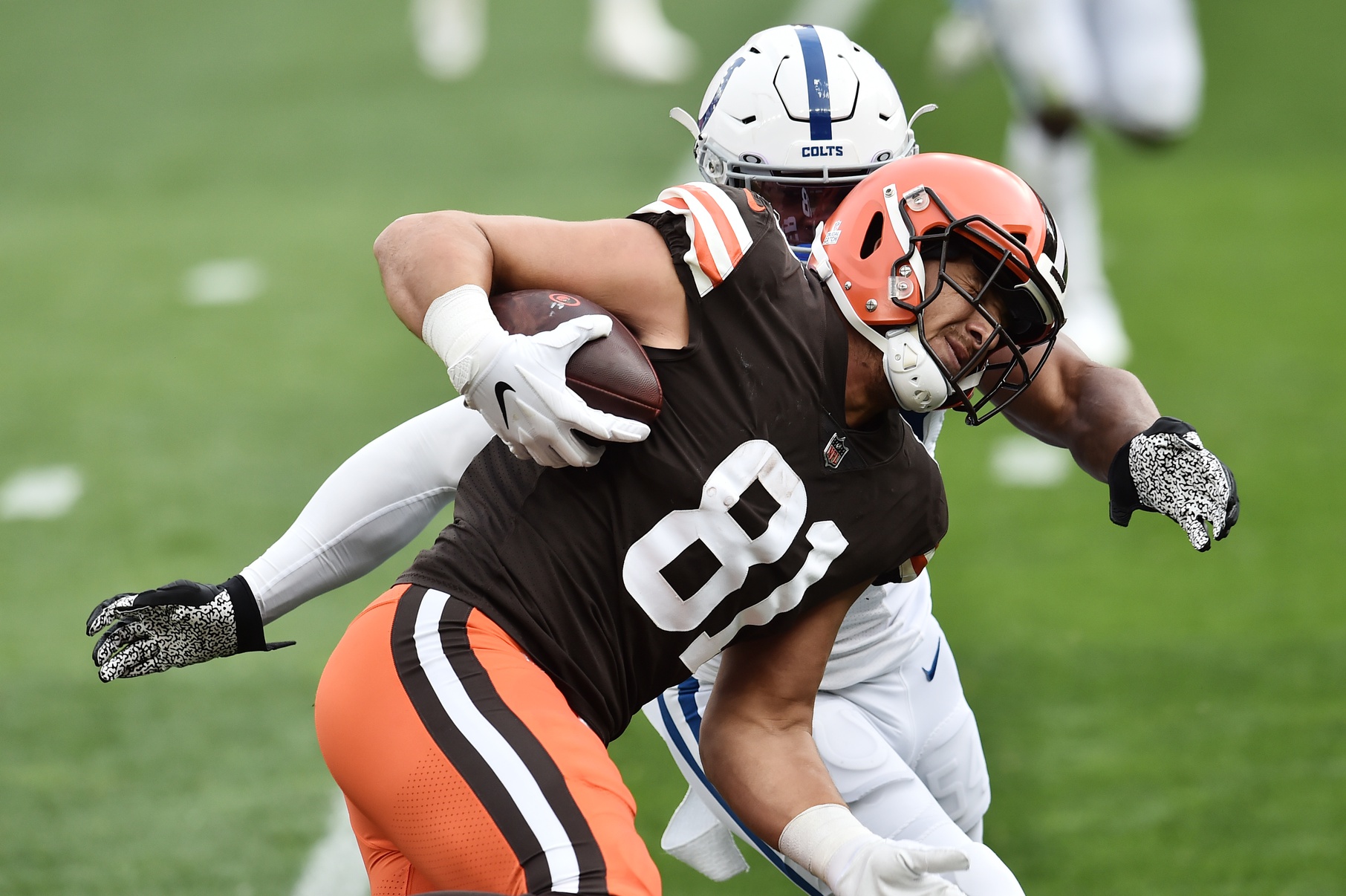 The Browns will be minus one of their big offensive weapons for their game Sunday in Cincinnati, as the team has ruled out tight end Austin Hooper.

#Browns’ TE Austin Hooper (appendicitis) has been ruled out for Sunday's game vs. Cincinnati.

Browns coach Kevin Stefanski told the media the news of Hooper having the appendicitis and will be getting an appendectomy today.

This season in six games for the Browns the tight end has 22 catches for 205 yards and a score.