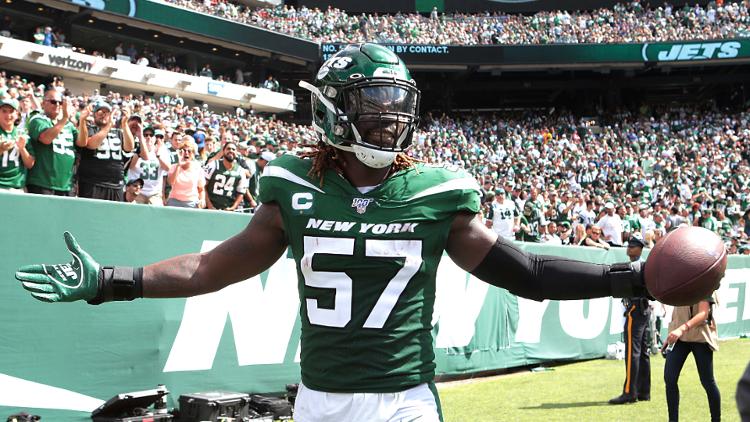 The Browns should already have a distinct advantage when they travel to New Jersey to play the Jets on Monday night football starting at 8:15pm to try to get back to .500.

The team won’t have to face second-year Jets QB Sam Darnold, who is already ruled out of the game with mono, and now the Jets have also ruled out possibly their top defensive player, one they got via the free agent market this offseason.

That player is former Baltimore Ravens and now Jets linebacker C.J. Mosley, who Saturday was ruled out with a groin injury.

The linebacker was injured during the Jets 17-16 opening day loss at home to the Buffalo Bills in a game in which they lead entering the fourth quarter 16-3 before allowing a pair of touchdowns to fall to 0-1.

The Jets were hopeful that the linebacker would be able to take the field against the Browns, as they took the day off Friday in hopes he would heal up, but that’s not the case.

Mosley is not the only Jets player that is going to be watching from the sideline, but also defensive tackle Quinnen Williams (sprained left ankle) is out for Monday’s game.

The Jets are not the only team that ruled out a player today for the game on Monday, as the Browns on Saturday ruled out starting free safety Damarious Randall.

Randall, who seemed to be interested in looking to take on former Browns head coach Gregg Williams after some comments on Friday, has been ruled out for Monday night’s game against the Jets with a concussion.

It is not clear at what point of the Browns 43-13 opening day loss to the Tennessee Titans at home when Randall suffered the concussion, but he reported the symptoms to the team today, and won’t be able to take the field at MetLife Stadium.