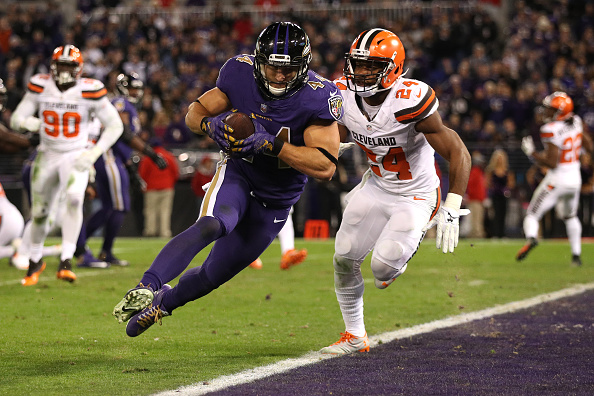 The Browns may have a homecoming of sorts in free agency for a Medina native, as reports say the team has interest in Ravens free agent fullback Kyle Juszczyk.

Juszczyk was drafted by the Ravens in the fourth round of the 2013 NFL Draft, and played his high school ball at Cloverleaf High School.

While attending Harvard, he was First-team All-Ivy in 2012, and worked his way into being a part of the Ravens offense over the last three seasons.

Juszczyk had just five rushing attempts last year, but caught 37 passes and is a very good blocking back for the team. He was a First-Team All-Pro last season as well.

Browns To Have “Significant Interest” in QB Tyrod Taylor Once Released By Bills
Report: Browns Among Teams Interested in Kevin Zeitler