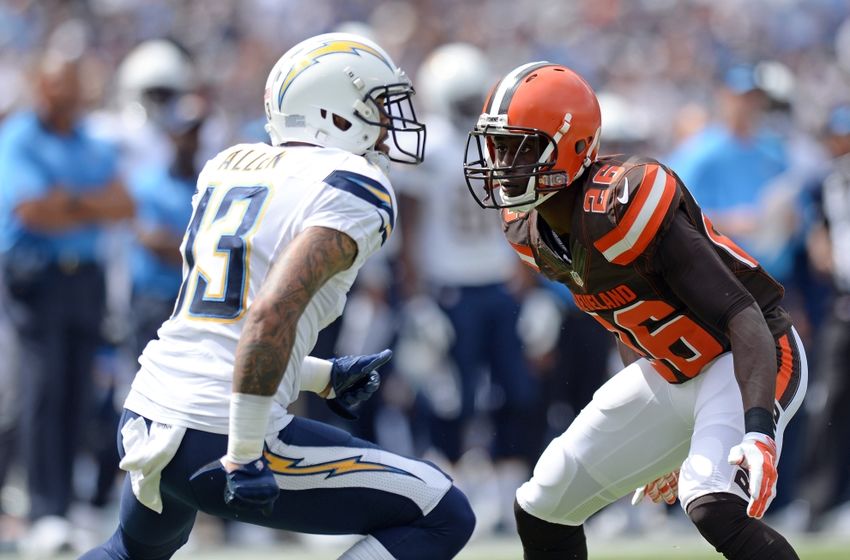 Cleveland Browns cornerback turned safety Pierre Desir continues to learn his new position and is overcoming obstacles and adversity to hopefully become one of the best. The former fourth-round draft pick in 2014 was a stud at Lindenwood University.

In the NFL so far, he has earned himself 46 total tackles and 7 pass deflections.

I got a couple of reps earlier in OTAs and minicamp. Training camp, I’m going back and forth, corner and safety, getting that feel of playing safety.

Some players don’t like switching positions while others don’t mind it. Pierre Desir doesn’t mind his transition and just wants to help his team win some football games.

When I heard about the switch, I always feel that the more you can do, the better. Whether they want me to play corner or safety, I’m just going to do whatever I can to help the team.

While Desir hasn’t played the safety position since his senior year of high school, he said “it’s definitely new” and he is “just going to do whatever he can to help the team”.

Lastly, Desir discussed his biggest learning curve when it comes to learning his new position.

You have to know a lot more when it comes to coverages and understanding what the offense it trying to do. When you’re a corner, it’s mainly you’re one-on-one coverage. At safety, you need to know everything that’s going on on the field.

He is an athlete just trying to switch positions and succeed in the NFL. The Browns drafted cornerback Justin Gilbert in the same 2014 draft. Gilbert has yet to prove his worth and provide for the Browns defense. The organization had Desir switch positions after the loss of two veteran safeties in Donte Whitner and Tashaun Gipson this offseason.

The depth at safety is slowing increasing after the team moved Desir there and picked up Rahim Moore in the offseason. We will just have to wait and find out, but Desir sounds excited for the 2016 NFL season.

Browns QB McCown Has Heard the Rumors About Dallas; Still Focused on Being in Cleveland
SHOCKING New Book to Reveal truth behind Bernie Kosar being cut and Browns move to Baltimore!