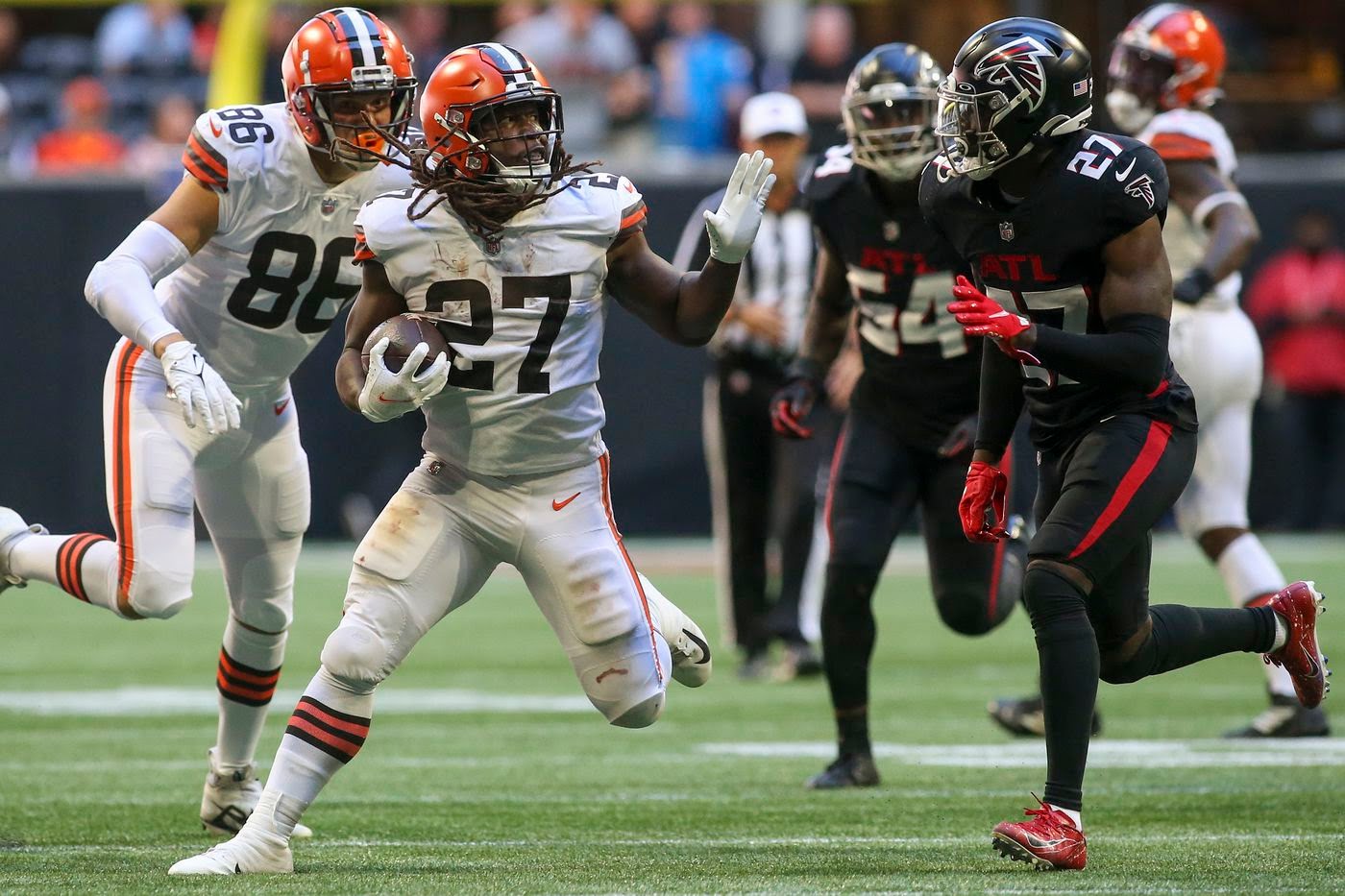 The Cleveland Browns sit at 2-5 with perhaps their season on the line Monday night against the Cincinnati Bengals. With the NFL trade deadline looming and the Browns struggling to find their footing, the team may look to make a trade or two. Thus recouping some of the draft capital lost in the Deshaun Watson trade. One name that keeps coming up repeatedly in trade rumors is Kareem Hunt.

The Cleveland native has 66 carries for 263 yards and 3 touchdowns so far in 2022. He also has 15 catches for 87 yards and 1 touchdown. It would certainly be accurate to say Hunt has been underutilized. I can’t imagine anyone would blame him for wanting a one-way ticket out of Cleveland. The Browns have shown no interest in re-signing Hunt, which isn’t surprising considering the kind of money the former rushing champion would demand.

The Browns’ willingness to put Kareem Hunt on the trading block tells fans all they need to know about how the organization views their chances of turning their season around. Rest assured if the Browns were 5-2 this isn’t a topic of conversation. I would argue trading Hunt is the Browns throwing in the towel on 2022. They’re certainly not a better team without him. General Manager Andrew Berry has given this current Browns coaching staff a lot of talent. However, they have failed to use the talent appropriately. Hunt is at the epicenter of this team-wide failure to adapt their talent.

So, what would the Browns look like without the Chubb/Hunt combination? Probably not much different than what you’ve seen so far this year. This wouldn’t be the Browns trading from a position of strength to address another area of need. This is about draft pick compensation. Hunt has averaged approximately 9 carries and 2 catches per game. D’Ernest Johnson, Jerome Ford or Demetric Felton could easily match Hunt’s workload and production, which is sad to admit, but true, nevertheless.

When given the opportunity, Kareem Hunt is a difference-maker. It’s unfortunate and frustrating that the Browns’ offensive brain trust has not found a better way to use his talents. Whether Hunt is traded this season or finds a new home next season, I think we’ll see him get back to his old self that we have enjoyed in Cleveland the last several years.